Charles Bissonette shared the story of Cerra (sounds like “Sara”). Cerra was a stray someone dumped near my work about six months ago. She looked pregnant when I first saw her. 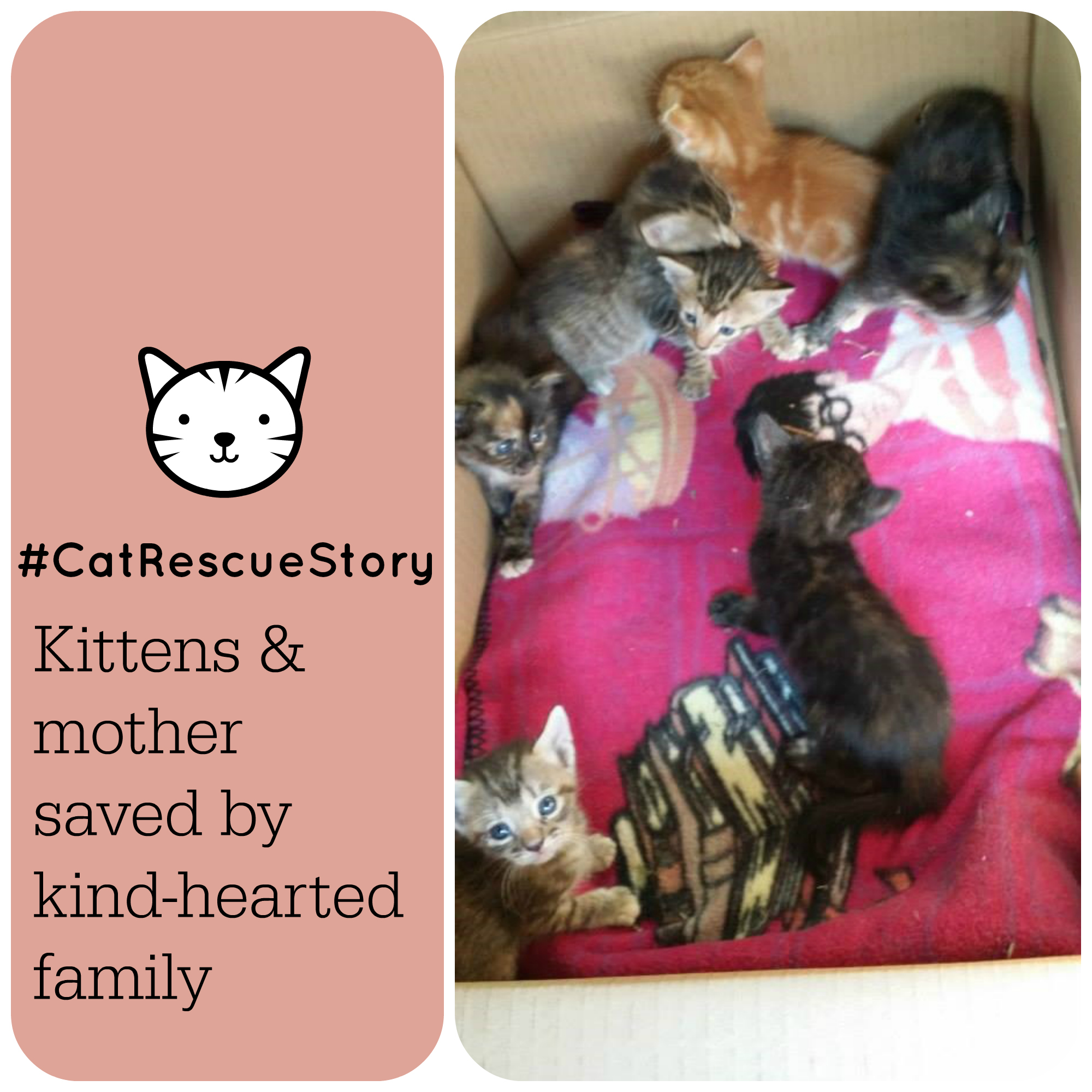 Cerra wandered off and reappeared about two months later. This time, Charles said, she stuck around.

“Last weekend my wife and I decided to rescue her and try to find her a home. What we didn’t expect was she had another litter hidden in the bushes.” Charles and his family now have a kitten family of nine! “The kittens are about four weeks old and doing pretty well, all things considered.”

Charles said that Cerra is an “absolute sweetheart and the kittens are getting used to people.”

He and his wife are looking for home for the kittens. Of the eight, three have already been spoken for. “We still need to find homes for the other kittens,” he said.

Fast forward: Charles and his wife decided to keep the two runts of the litter and found loving homes for the mother, Cerra, and her other six kittens. The “runts,” named BoKillian and Chester now weigh 14 pounds and 11 pounds, respectively. “They are proud members of our family and our dog’s best friends.”

Do you have a #CatRescueStory — whether you rescued a cat or a cat rescued you — we’d love to hear it! Share your cat rescue story here.