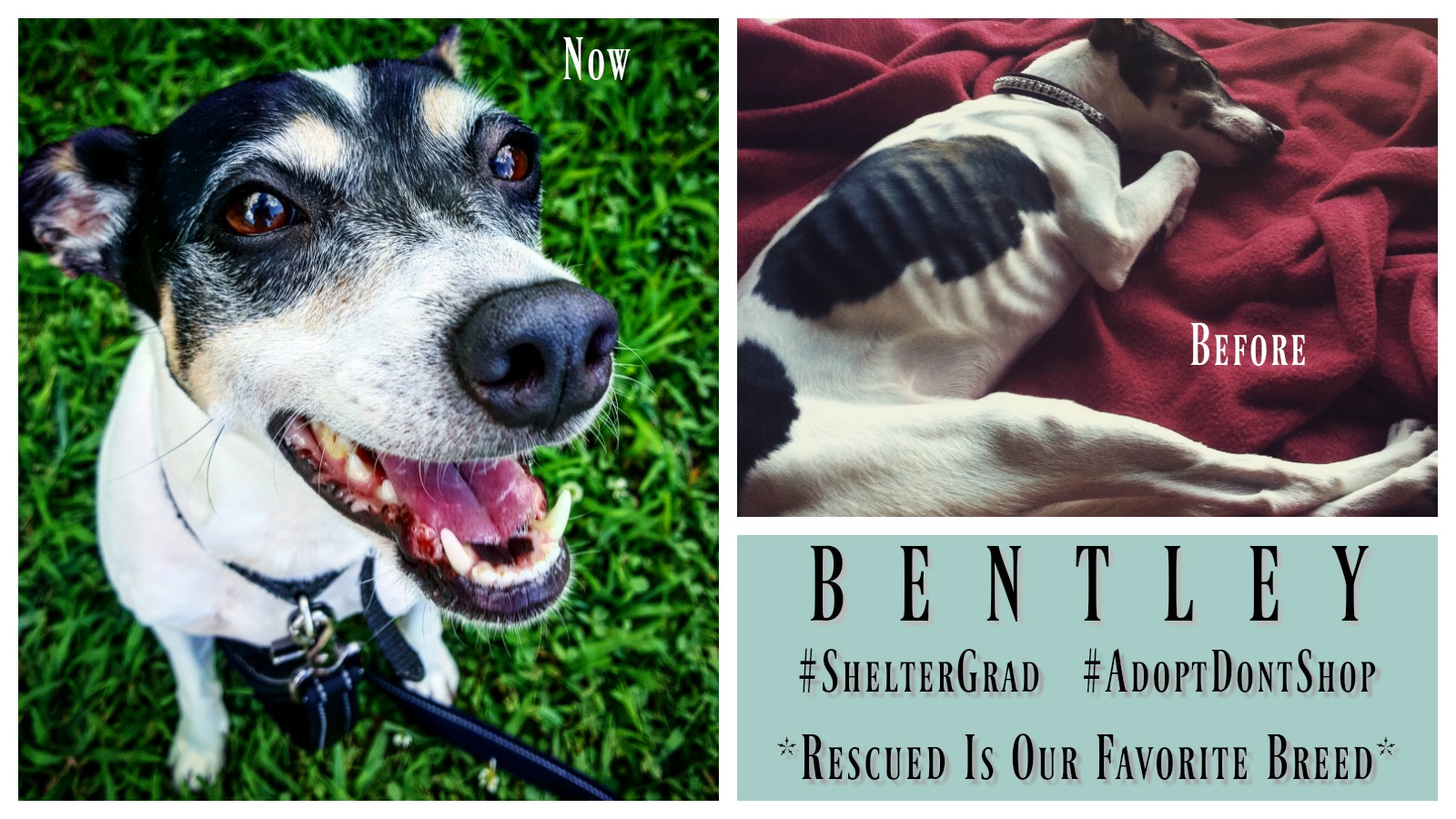 Hello, my name is Bentley and I live in Centerton, Arkansas! My forever mom adopted me in 2012 from the Springdale Animal Shelter. Unfortunately, I have heard that this shelter has one of the highest kill rates around. When the shelter found me, I was only a few months old, living in a culvert next to a dumpster. They took me in, but I caught a cold within days of them finding me. My future mom had stopped by on her way to adopt a different puppy she had seen. However, the moment I saw her, I cuddled up in her lap and it was all over! Now, mom had vowed never to adopt a terrier — we have too much energy and chew everything (so she says). She broke her rule the moment she saw me because she thought, at three months old this terrier was so quiet and cuddly, so I must be the exception! How wrong she was! The shelter sent me home with medicine for kennel cough and a voucher to get spayed, since I was too weak to undergo surgery. 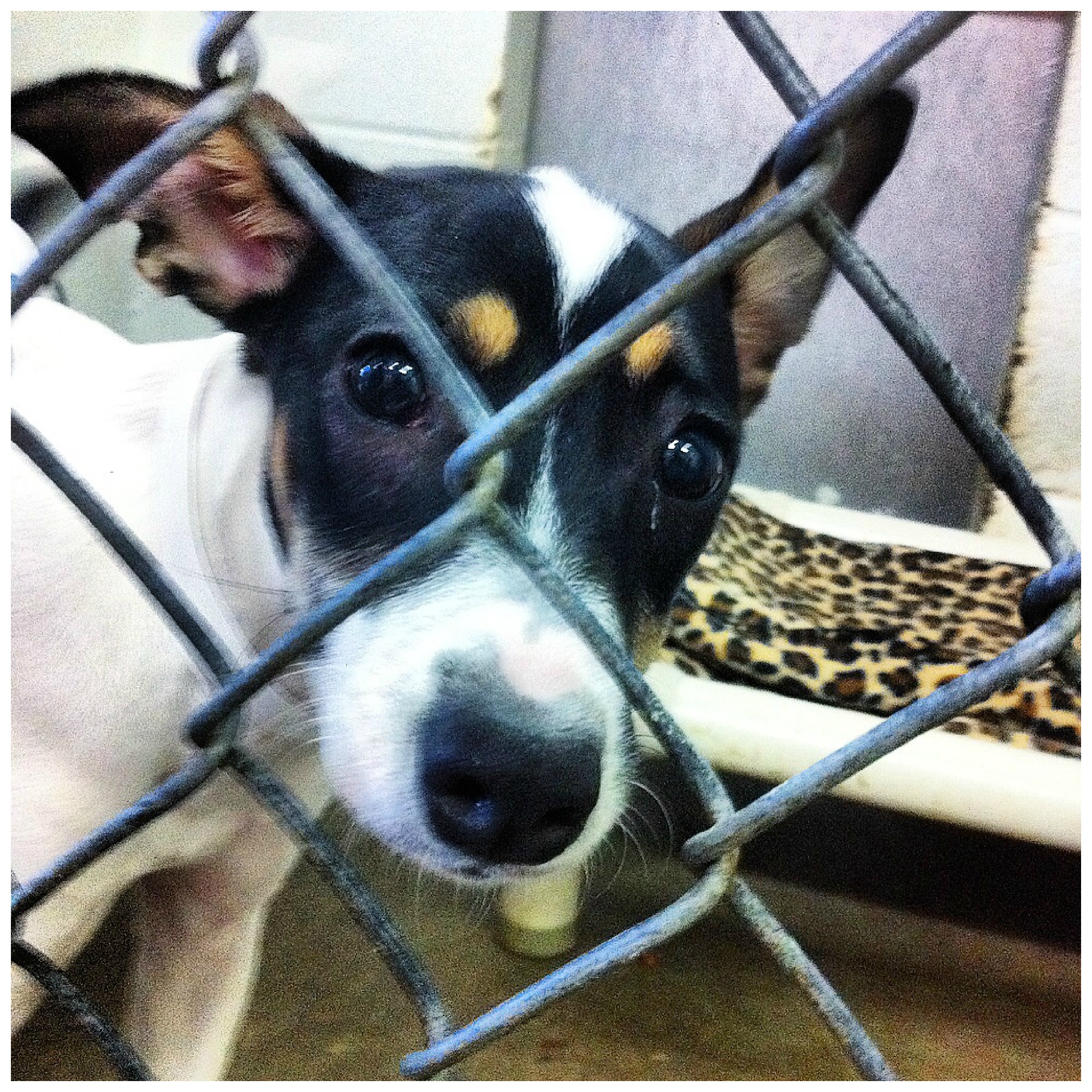 Mom was so sad because I was very sick. She laid me on her chest where I tried to sleep, but I kept choking and stopped breathing. Naturally, mom was very worried. My aunt called a veterinarian friend who agreed to make a midnight house call, just hours after mom adopted me. The vet told her I likely would not make it through the night and he suspected that I had something called parvo (sounds like a food to me). The vet gave mom steroid shots and said that if I survived the night, to bring me to the clinic in the morning. 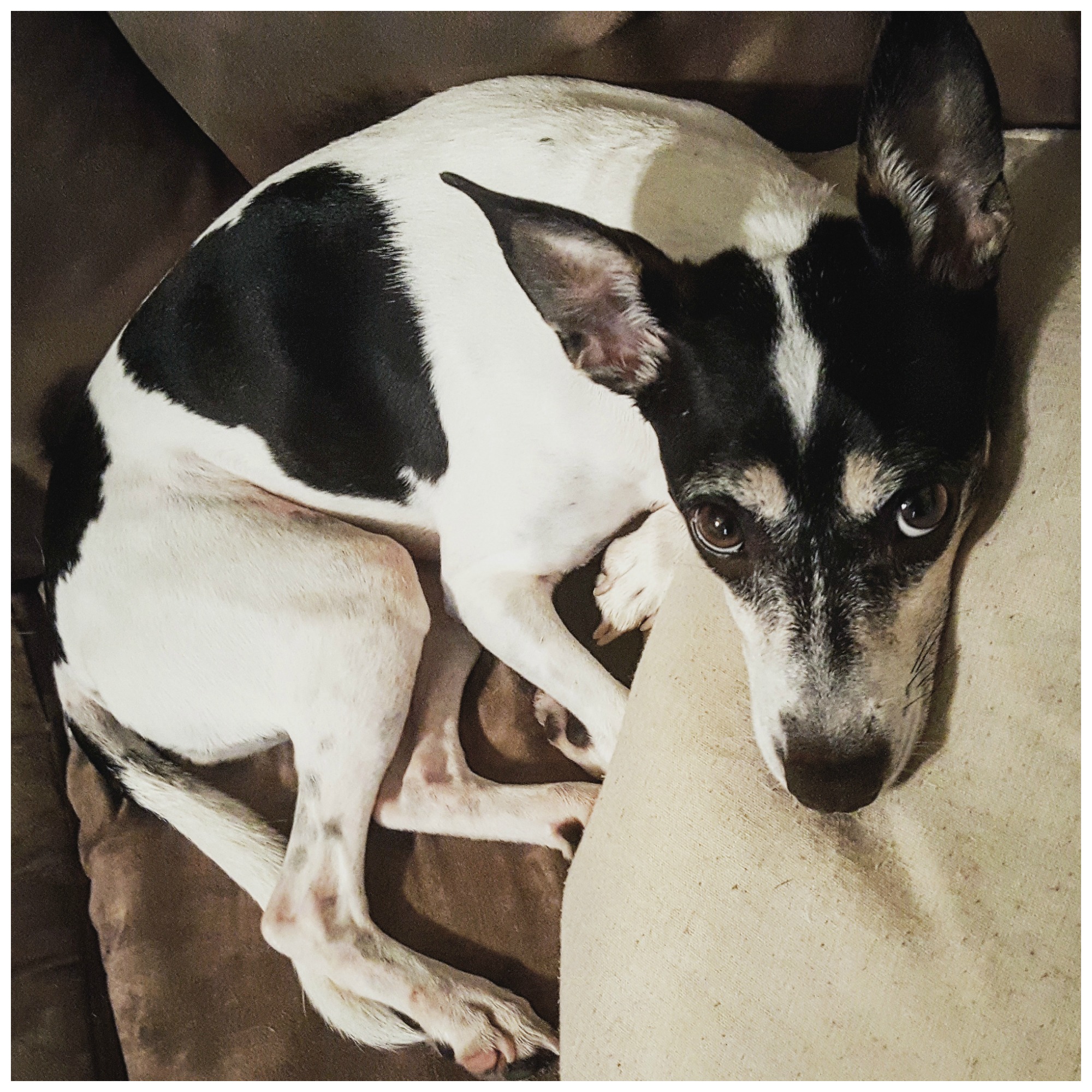 Mom stayed up all night and gave me shots as she was instructed. In the morning, she was at the clinic before it even opened. The vet took chest X-rays and said I had severe pneumonia, with 75% of my lungs filled with fluid. He kept me there for what seemed forever, trying to help nurse me back to health. Eventually, I was strong enough to go home, and they didn’t even charge my mom anything, except for the X-rays! They said she did a kind thing by adopting me, so they donated their time. Mom nearly cried. 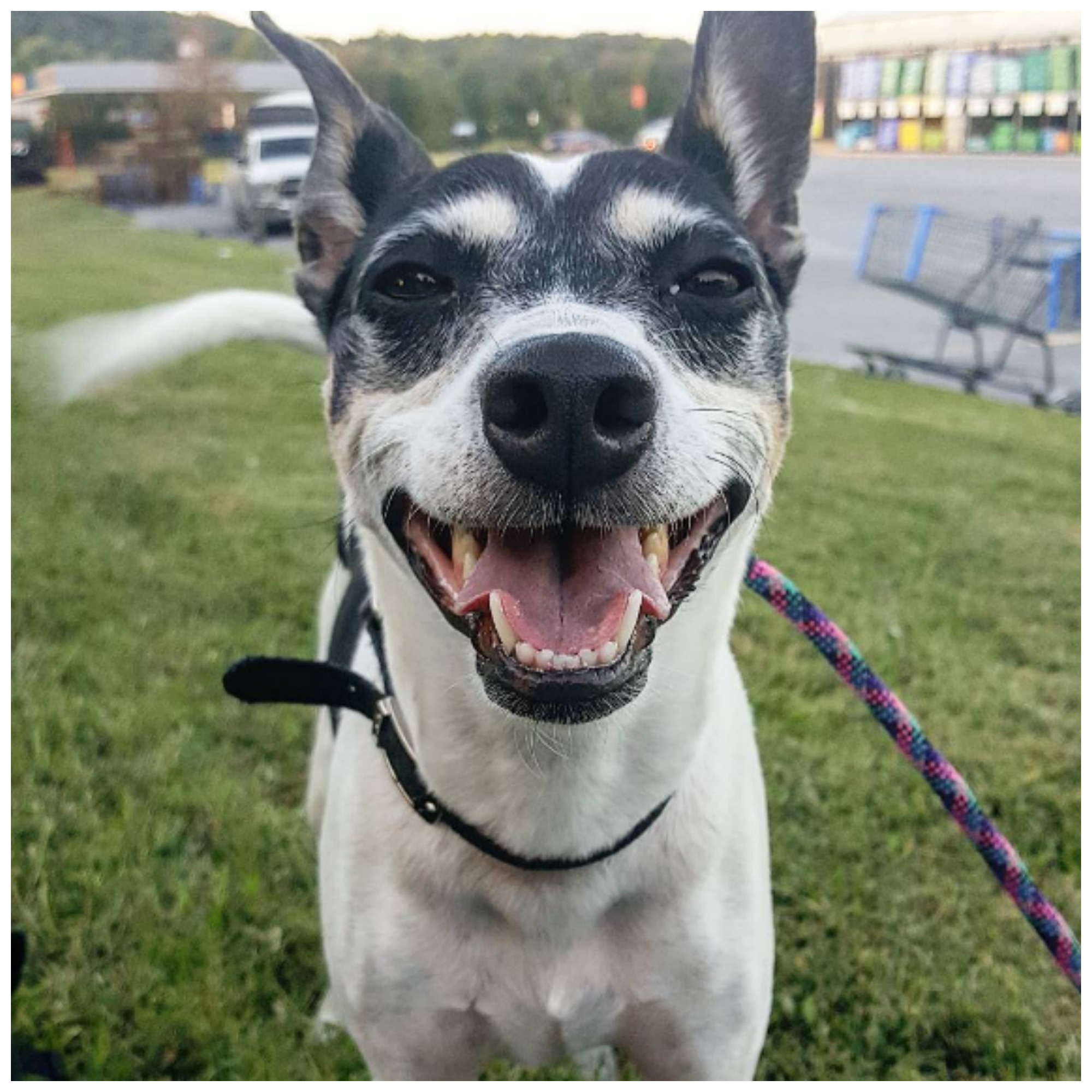 I was still very weak, and I didn’t leave mom’s bedroom for a month. Eventually, I began putting on weight and losing my puppy teeth. Of course, I had to chew to get rid of those pesky teeth. Mom was less than excited the morning she woke up and she found out I ate her “expensive” sheets right off the bed around her while she slept. Since then, she laughs and calls me a ninja, but she seemed quite mad then. Surprise…you adopted a terrier! I knew I really messed up the day I accidentally chewed through her down comforter. I got stuck inside and while trying to get out, I accidentally let all that fluffy stuff out! Mom thought it had snowed in her room when she woke up! 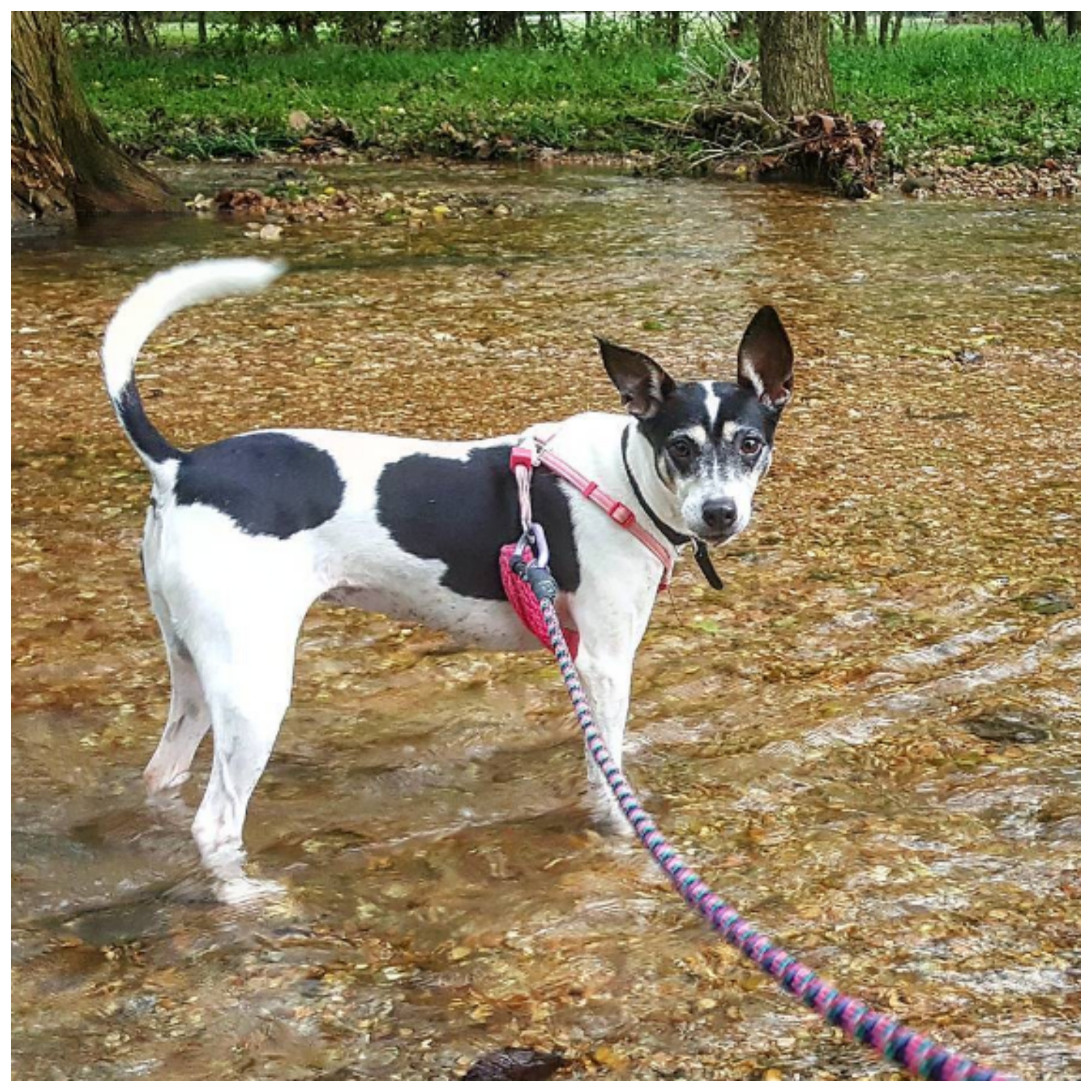 Mom and I have great adventures together; we spent time in western NY, swam in the Chesapeake bay, boated on lake Gaston, and explored many other trails. I am so thankful to be adopted and I know I would not have survived if mom and that kind veterinarian hadn’t cared so much.

You know the trouble with house guests, they want to steal your toys. Mine, grr, mine. No seriously though, Cowboy is waaayyyy better at tug-of-war than mom. #bentleysadopted #rescuedog #ratterrier #ratterriersofinstagram #dogsofinstagram #petsofinstagram #doglovers #sharing #aussies #australianshepard #play #houseguest #tugofwar #mine

My left over eyes. I figure mom will realize she doesn’t want turkey three days in a row and when she does this face will pay off! #bentleysadopted #rescuedog #ratterrier #ratterriersofinstagram #dogsofinstagram #petsofinstagram #doglovers #begging #thanksgiving #leftovers #turkey #thatface