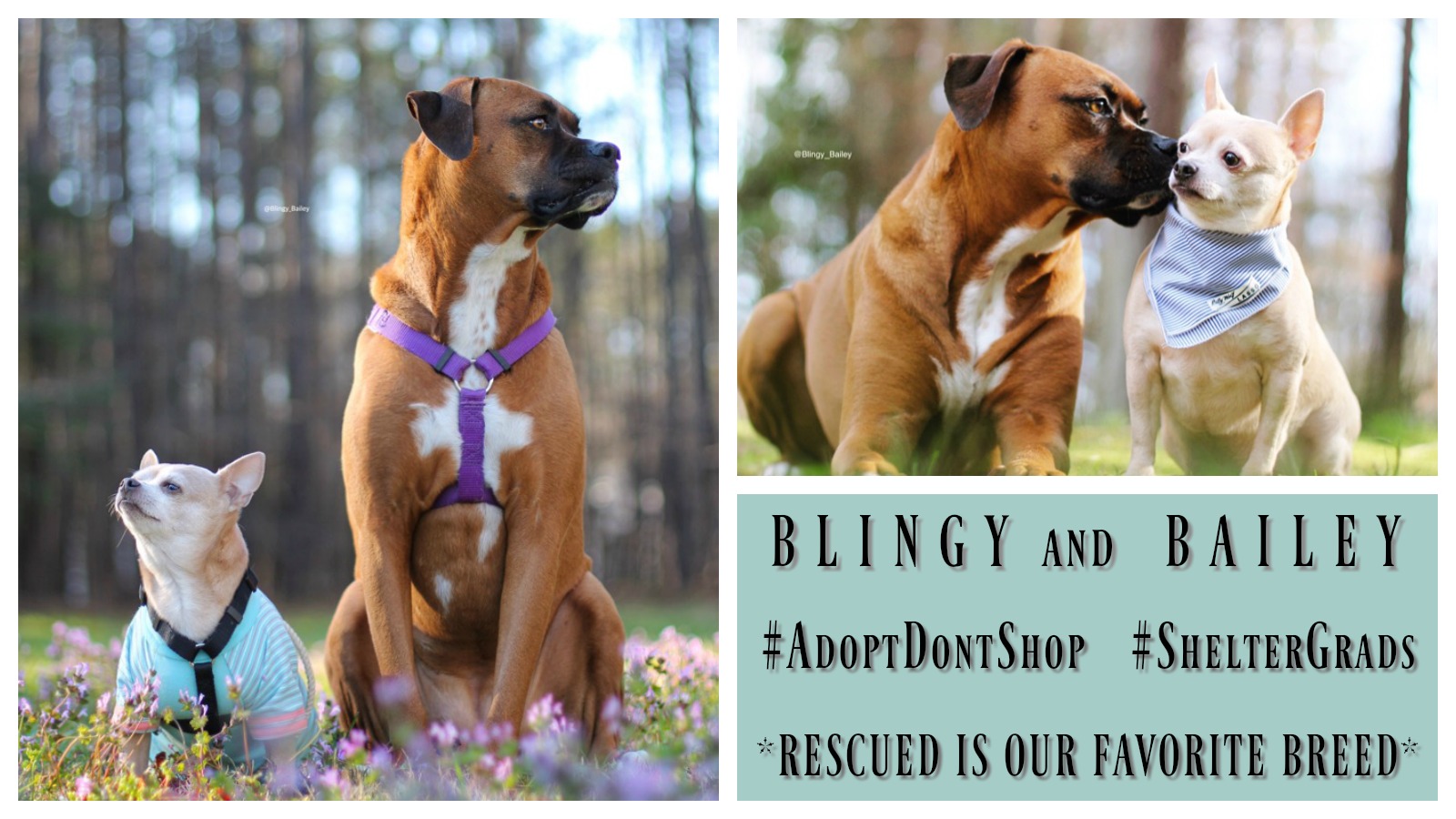 Blingy and Bailey are two best friends located in a small county in Virginia! Blingy is a 7 year old male Chihuahua and Bailey is a 4 year old female Boxer and together, they make the perfect duo! Both of them were adopted from Colonial Heights Animal Shelter.

Blingy was the first to be rescued. He was saved from a very bad apartment abandonment situation. At only a few months old, he survived four months on his own until he was found living with trash and feces surrounding him. It was very clear that he had never been outside to use the bathroom. It is still a mystery on how he survived but his forever family assumes that he lived off of the scraps from the trash. 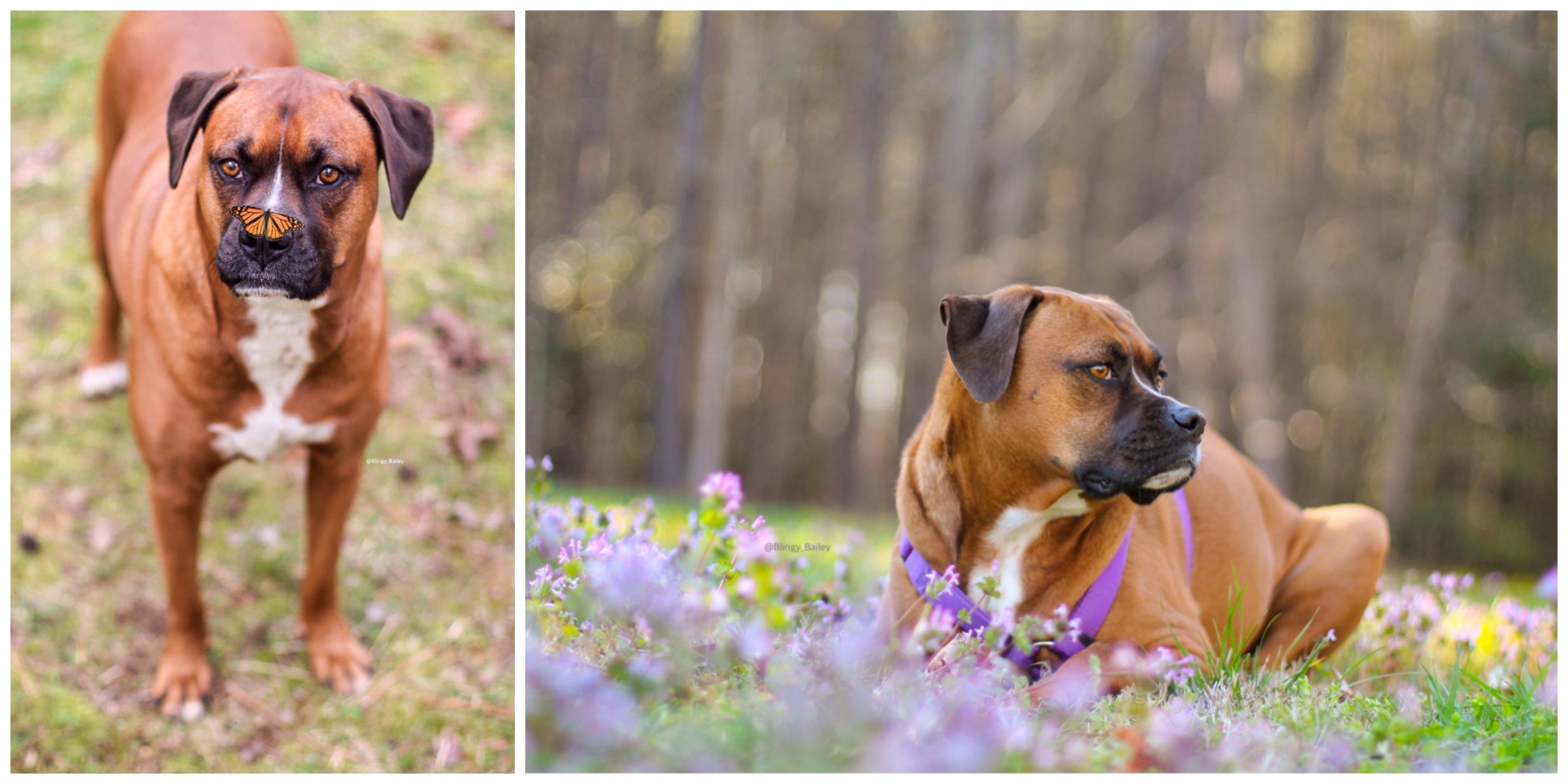 When he first arrived at the shelter, his forever family visited him everyday for two weeks to gain his trust. He was terrified of humans…and literally everything else. At the time, his parents had another boxer who helped Blingy come out of his shell. She was about 10 years old, and helped Blingy become comfortable and confident in his new home. Sadly, she passed away three years after Blingy was adopted. He was devastated and completely lost without her. That’s when his parents knew they had to find him another dog that he would connect with.

About a year later, Bailey entered their lives. She was rescued from an abusive situation at only a few months old, as well. Luckily, one of the owners handed her over to the shelter. The shelter knew that Blingy and his family were looking for another Boxer to adopt, so they were notified upon her arrival. She was brought home the same day she was surrendered and her and Blingy just clicked! It was very surprising on how they became so close so quickly and now they are constantly by each other’s side! 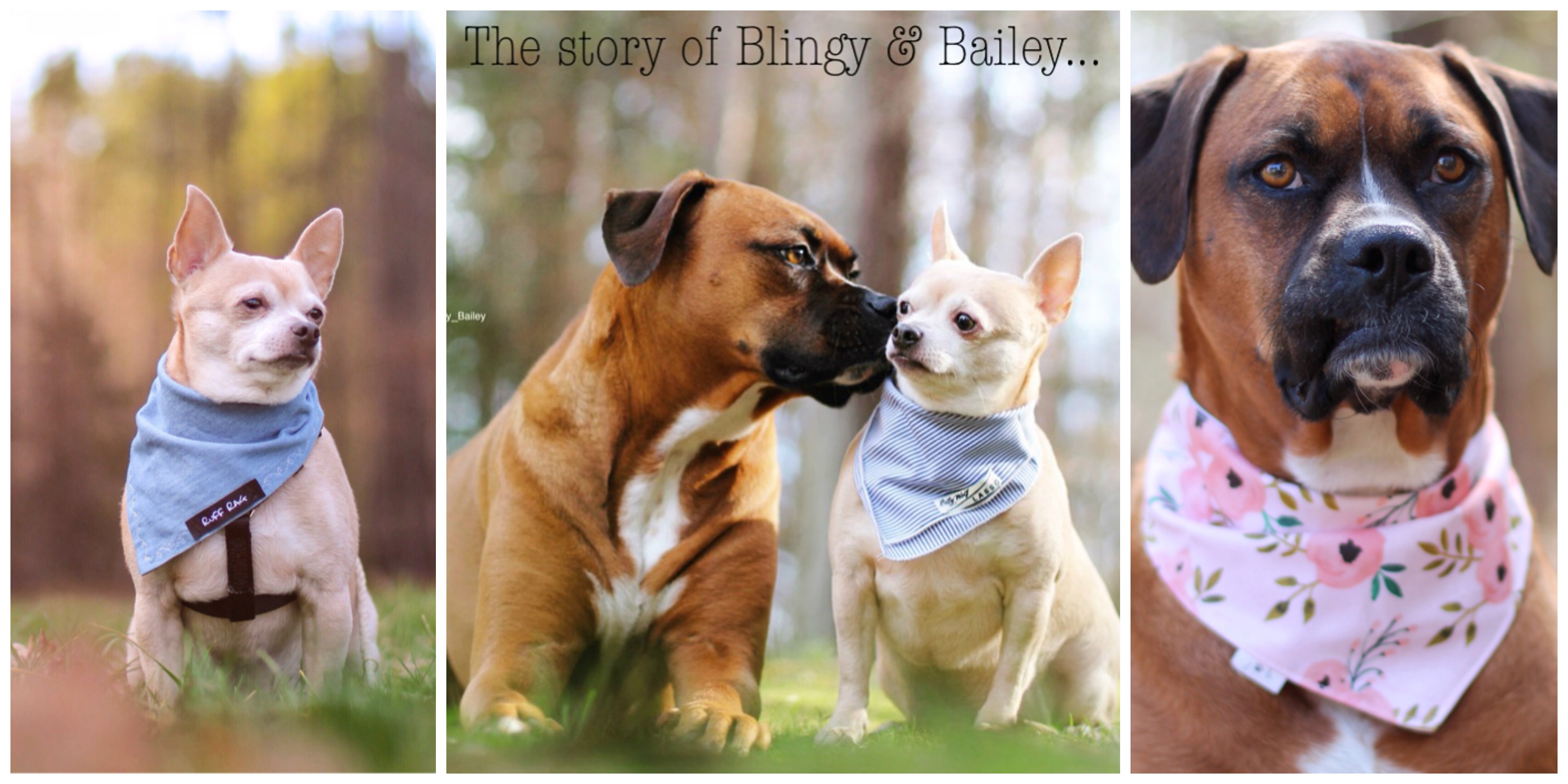 They currently both model and have worked with businesses all around the world (Italy, Germany, Sweden, Brazil, California, New York) and with one of their mom’s favorite companies, Purina. They are living happily ever after in their forever home and have brought so much love and happiness to their forever home!

“This earth was made for all beings, not just human beings.” ❤️ • Shirt from @pennpooch #pennpoochstyle 💫

Remember you all can use the code BLINGYBAILEY for 10% off of any @ruffrag bandana of your choice. 😚 • Hope you all had a great weekend!

“The most beautiful discovery true friends make is that they can grow separately without growing apart.” – Elizabeth Foley ✨ • We had a wonderful time at the @lewisginter SPCA event! 🐶 #lewisginter #spca • Blingy is wearing a beautiful bandana from @ruffrag #ruffrag ( code : BLINGYBAILEY for 10% off ) and Bailey is wearing another gorgeous bandana by @jluaccessories ! 💐

Hope everyone is having a wonderful Saturday! 🌲🤓 • Bandana- @jluaccessories 🌸