Bo was rescued from a kill shelter in NC by Rescue Dogs Rock NYC, and placed with his foster mom, Tracy Rivers, at her Pit Bull rescue “Lots O’ Spots Acres” in Cranberry, PA. Bo tested heart worm positive when rescued from the kill shelter in NC. Tracy still wanted to foster him and nursed him back to health, although he will still need to be on heart worm meds the rest of his life. 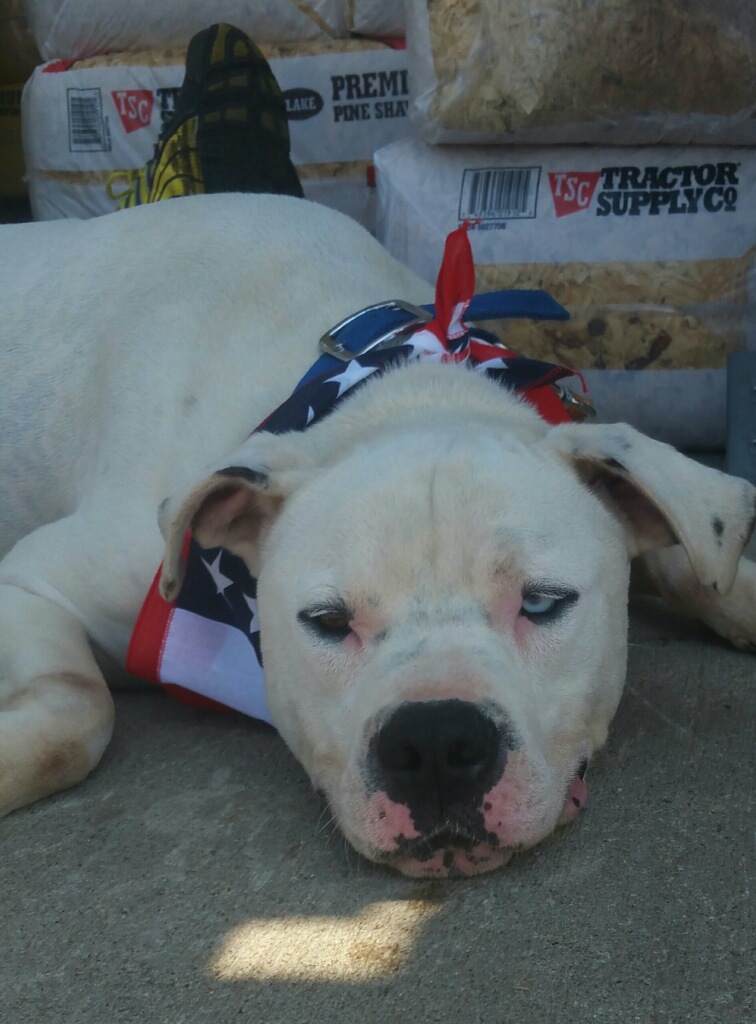 Stacey and her children volunteer at Lots O’Spots Acres, feeding, watering, socializing, walking dogs – doing anything they can. It makes their hearts happy to interact with these dogs, especially knowing that they were mistreated and neglected by humans. Sometimes, Stacey’s eyes fill with tears of happiness while she’s at the rescue, as it is a very rewarding experience for her and her children.

Stacey and her children fell in love with all the dogs and animals at Lots O’ Spots Acres, especially Bo. He has these eyes that just make your heart melt. You will just want to hug and kiss him if you met him. He is the sweetest, mellowest gentlest dog you could ever meet. How could he wind up at a kill shelter? After about a month of volunteering and going to the adoption days with Tracy, Stacey, her husband James, and their children decided that they had to bring Bo home.  She couldn’t bare to see him get adopted by someone else! 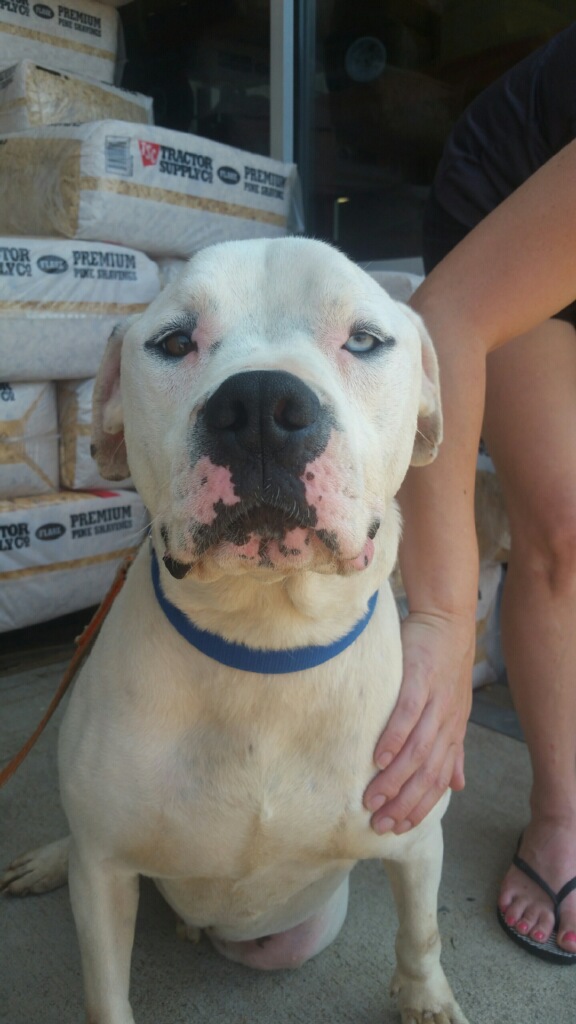 Bo is now a healthy boy. When he was rescued in April, he weighed in at 64 pounds. After going to the vet on July 5th, he weighed in at 83 pounds.  Bo fits in perfectly with his forever family and made himself at home on day one. He hopped up on the couch and the rest was history. He also loves his new brother Tobey, who is an 11 year old, blind, Chihuahua/Pomeranian mix.  Bo has numerous friends, including Precious, a teacup Chihuahua, Rosie, a Rottweiler Mix, and Cooper, a Mini Dachshund.  He also goes back to Lots O’Spots Acres to visit. 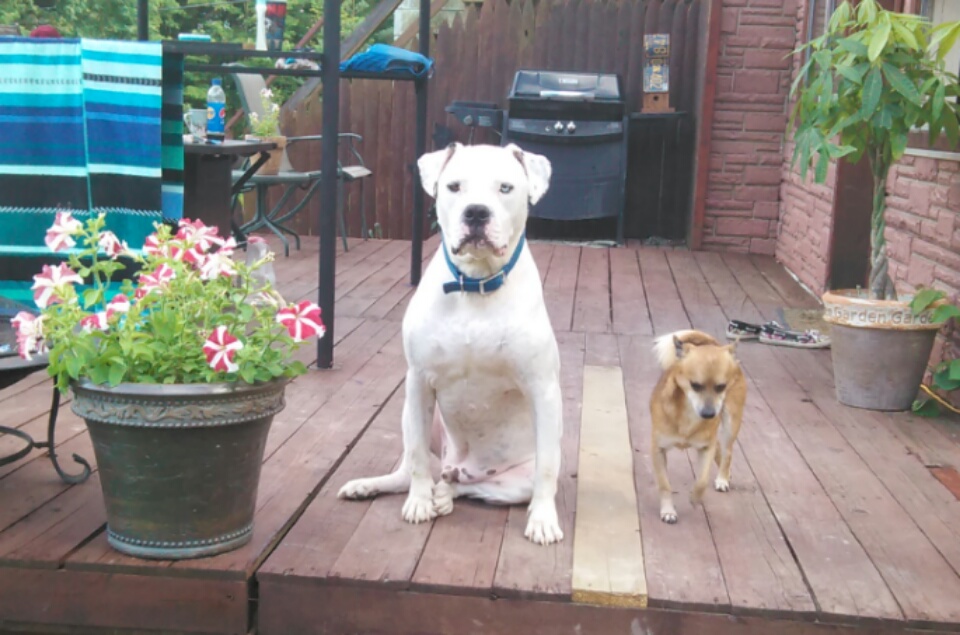 Bo loves children, animals, car rides, hogging the couch, relaxing on the porch, his rope and kisses! Everyone he meets falls in love with him!! He is the perfect dog and Stacey feels so special that she gets to call herself his forever mom.  Bo is approximately two years old, and is a Pit Bull / American Bulldog mix. 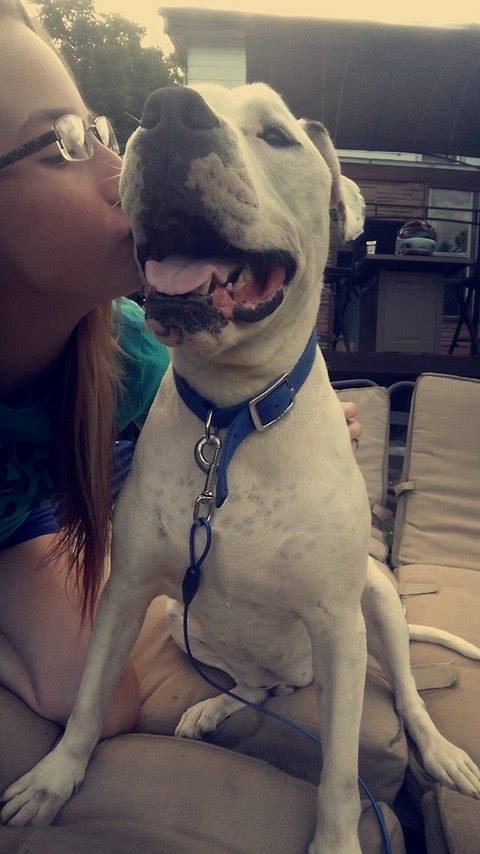 Enjoying the beautiful day! Mommy put a canopy up so I can lay on my favorite chair in the shade ☀ thanks mom @stussy00 #lovethisweather #relaxing #myfavoritechair #americanbulldog #dogsofinstagram