My name is Bowie and my momma’s name is Leslie. We live in Illinois! A volunteer for Chicago French Bulldog Rescue saw an ad on Craigslist selling me cheap. The ad said I was blind and they wanted to get rid of me quick. I was not even 3 months old. 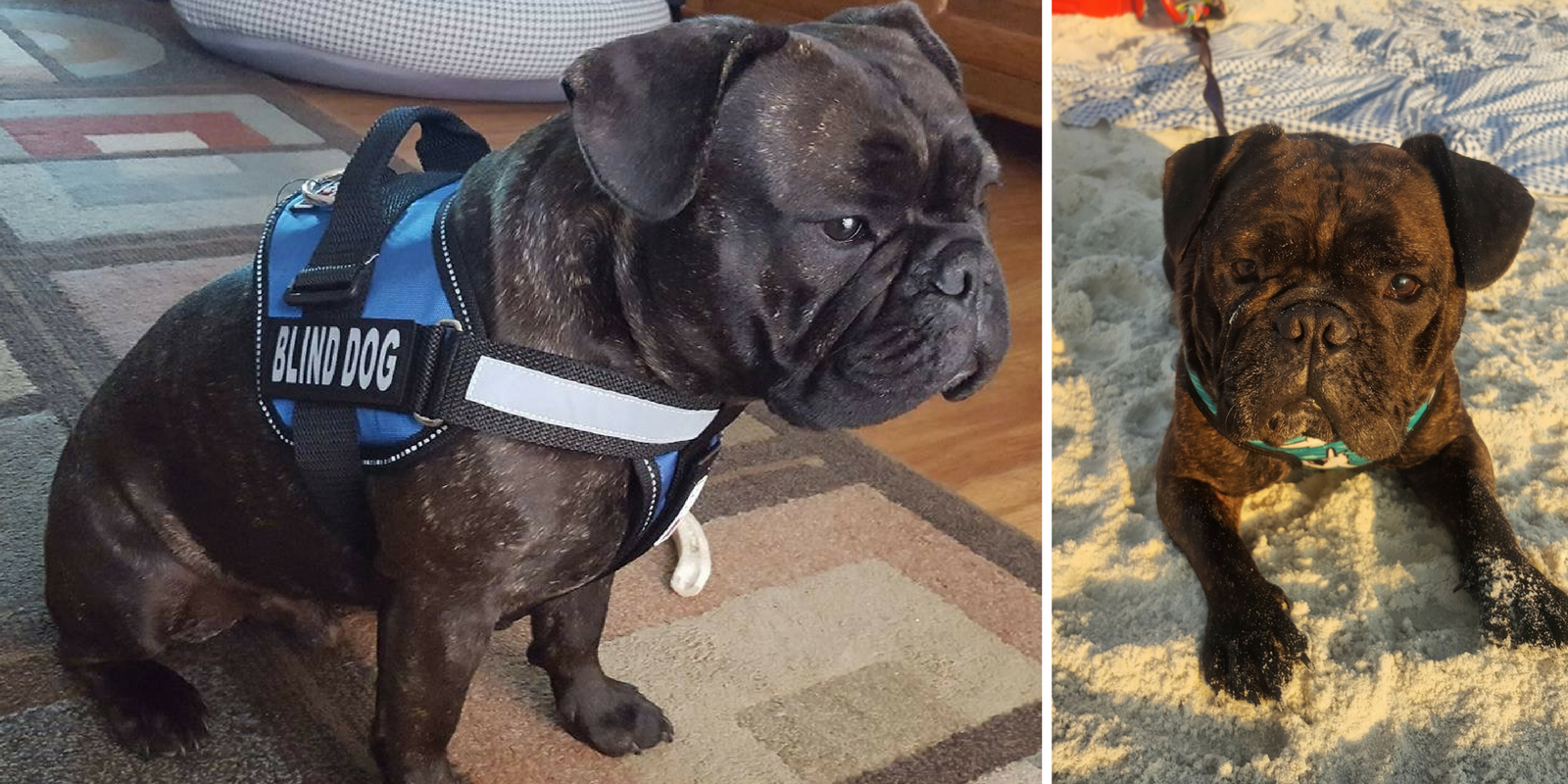 Chicago French Bulldog Rescue knew they had to rescue me fast or someone would get me and breed me. The lady who was getting rid of me was a puppy broker. She would buy litters of puppies cheap from overseas. I was shipped over to Wisconsin from the Ukraine with my sisters and brothers. When the puppy broker received us, she noticed that all the males in the litter had sight problems. This condition was only in the male puppies, which means if I was used to breed and had male puppies, they would also be blind. 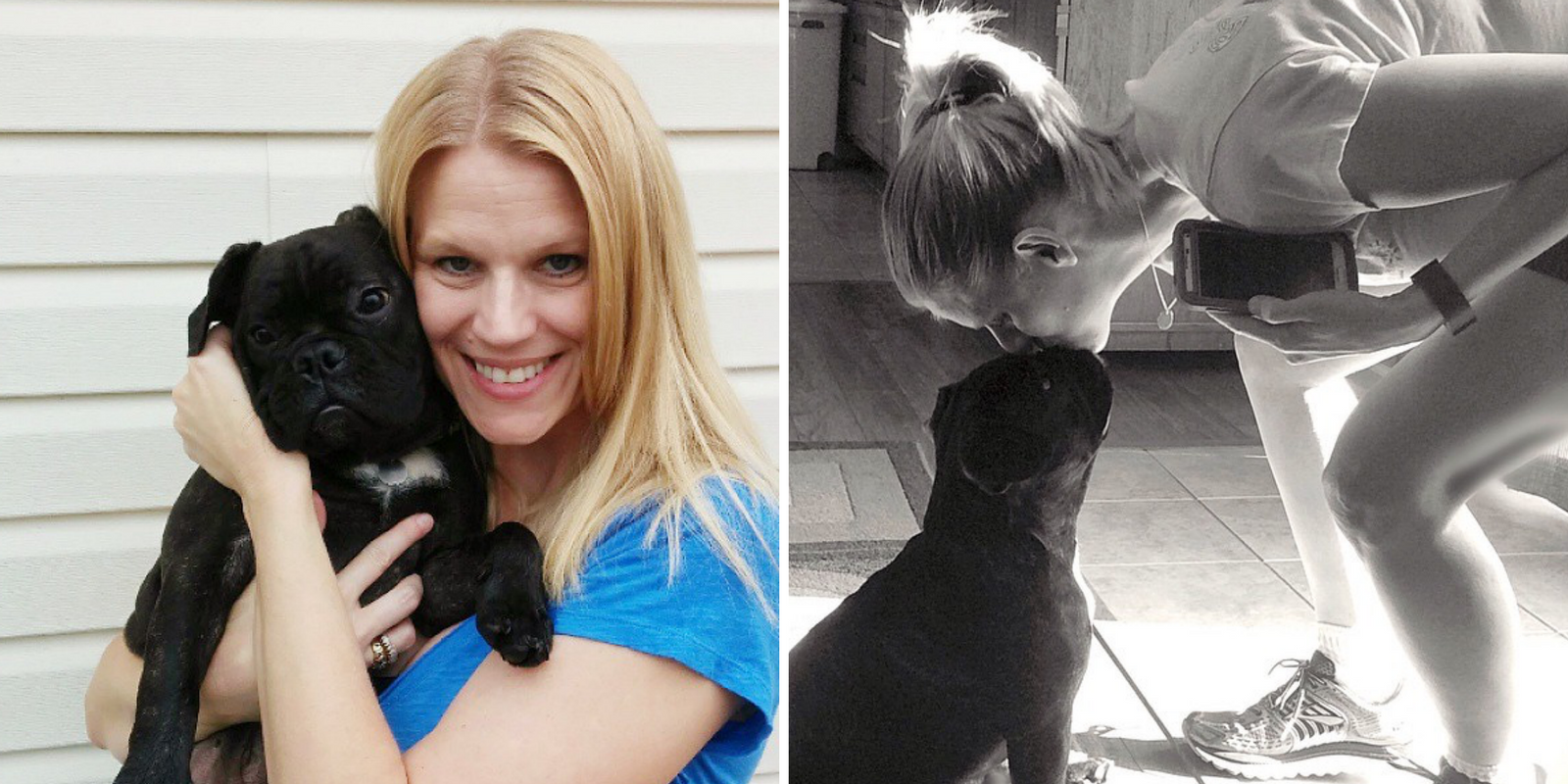 Chicago French Bulldog Rescue’s volunteer met the lady in a store parking lot to pick me up. Once in rescue, they rushed me to the vet right away and then later to an eye specialist. The eye specialist confirmed my eyesight was gone and that surgery wouldn’t be an option. When Chicago French Bulldog Rescue posted a pic of me and my story on their Facebook, mommy fell head over heels for me! She contacted them right away about adopting me and let them know my now older sister was partially blind in one eye since she was a pup. 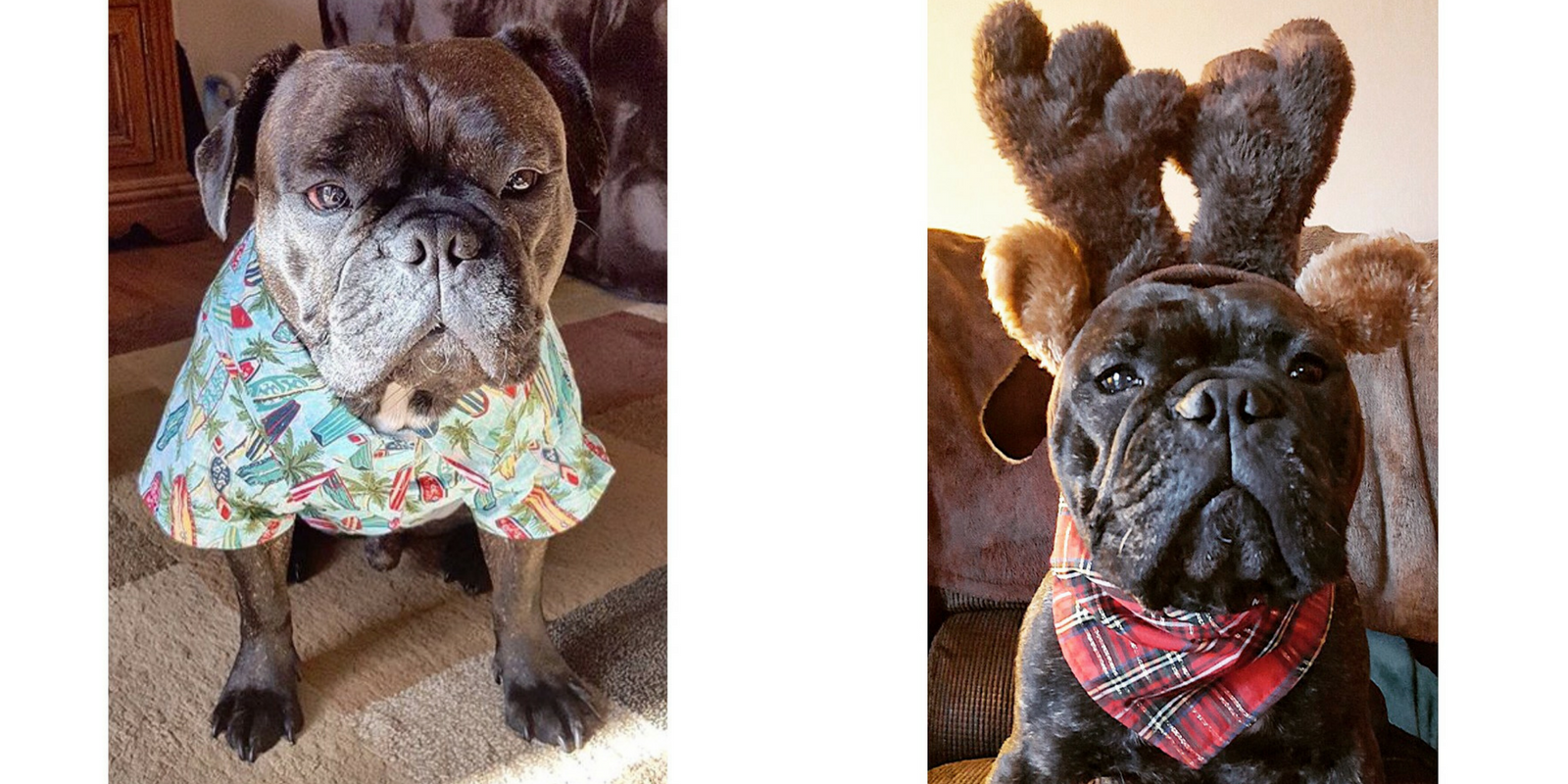 Mommy filled out the application right away. Chicago French Bulldog Rescue liked her application and requested a phone interview. Mommy was so nervous but she passed the phone interview and then the home visit. On August 30, 2014 they brought me to my mommy and I was officially adopted! 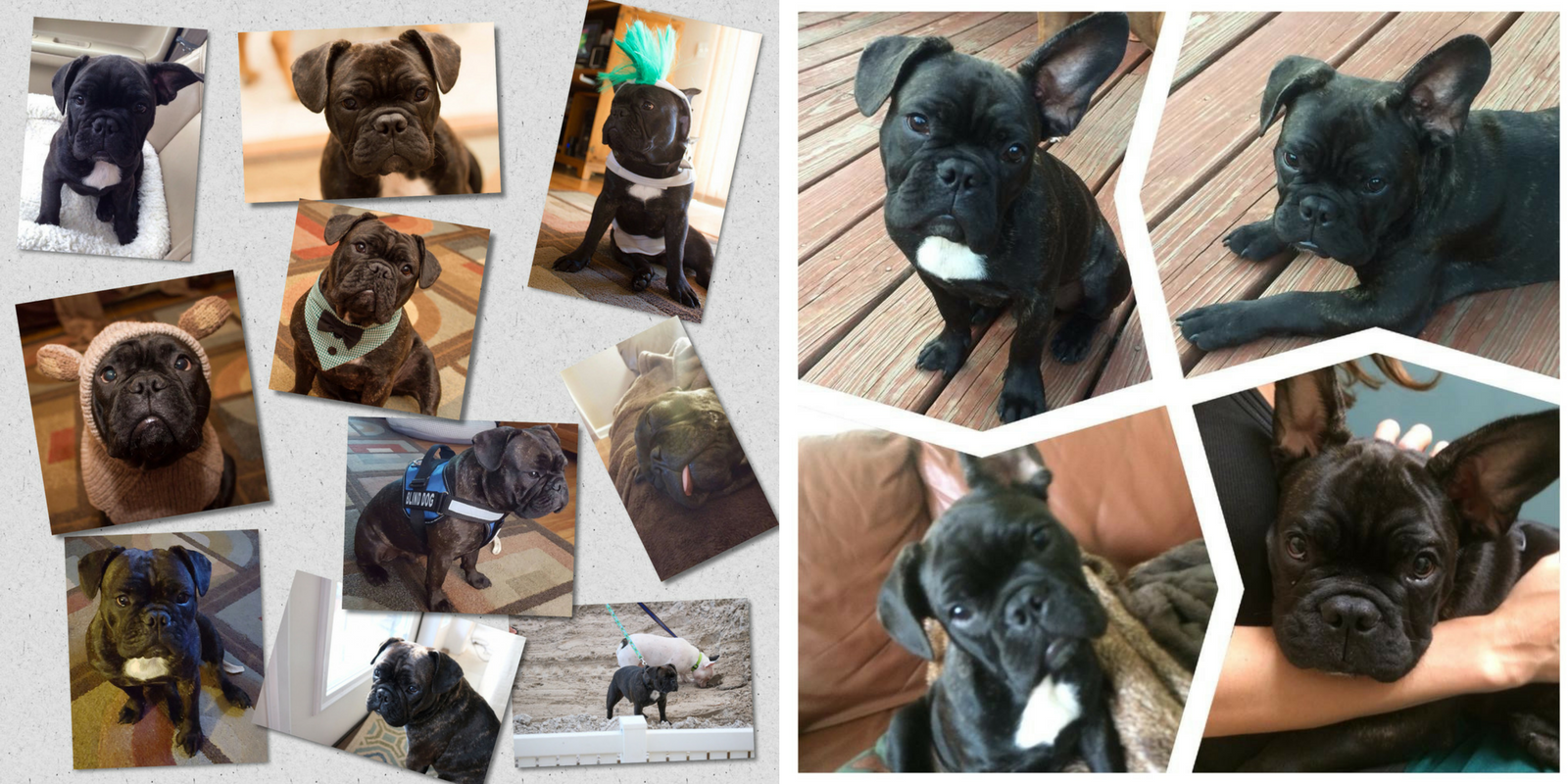 I have to go to the eye doctor frequently and am at high risk of secondary glaucoma. The eye doctor says one day my eyes will have to be removed due to constant dryness and pain in them. I also am having other medical issues and will be having surgery October 26, 2017 for that. Mommy made a Facebook and an Instagram page for me so I can show everyone that a blind dog can get around and play and act just like a sighted dog! We wanted to bring awareness to special needs animals so hopefully more can be adopted. I am so thrilled I was adopted and have my forever loving family!

Mommy doing a photo shoot of all the items that will be available on @chicagofrenchbulldogrescue holiday auction! This cute little bow tie was made and donated by @teddysfurryfashions It will be available to bid on November 3rd! #feelinggoodtoday #model #auction #fundraiser #charity #greatcause

Look I found a seal outside my house! #seal #sealion

Momma, can you give me a bite of that hamburger?

Happy 3rd Birthday to the cutest guy I know! You make me laugh with your silliness. Your blindness never holds you back. Mommy loves you xoxoxo #happybirthday #happybirthdaytome #worldofbullies #TheDodo