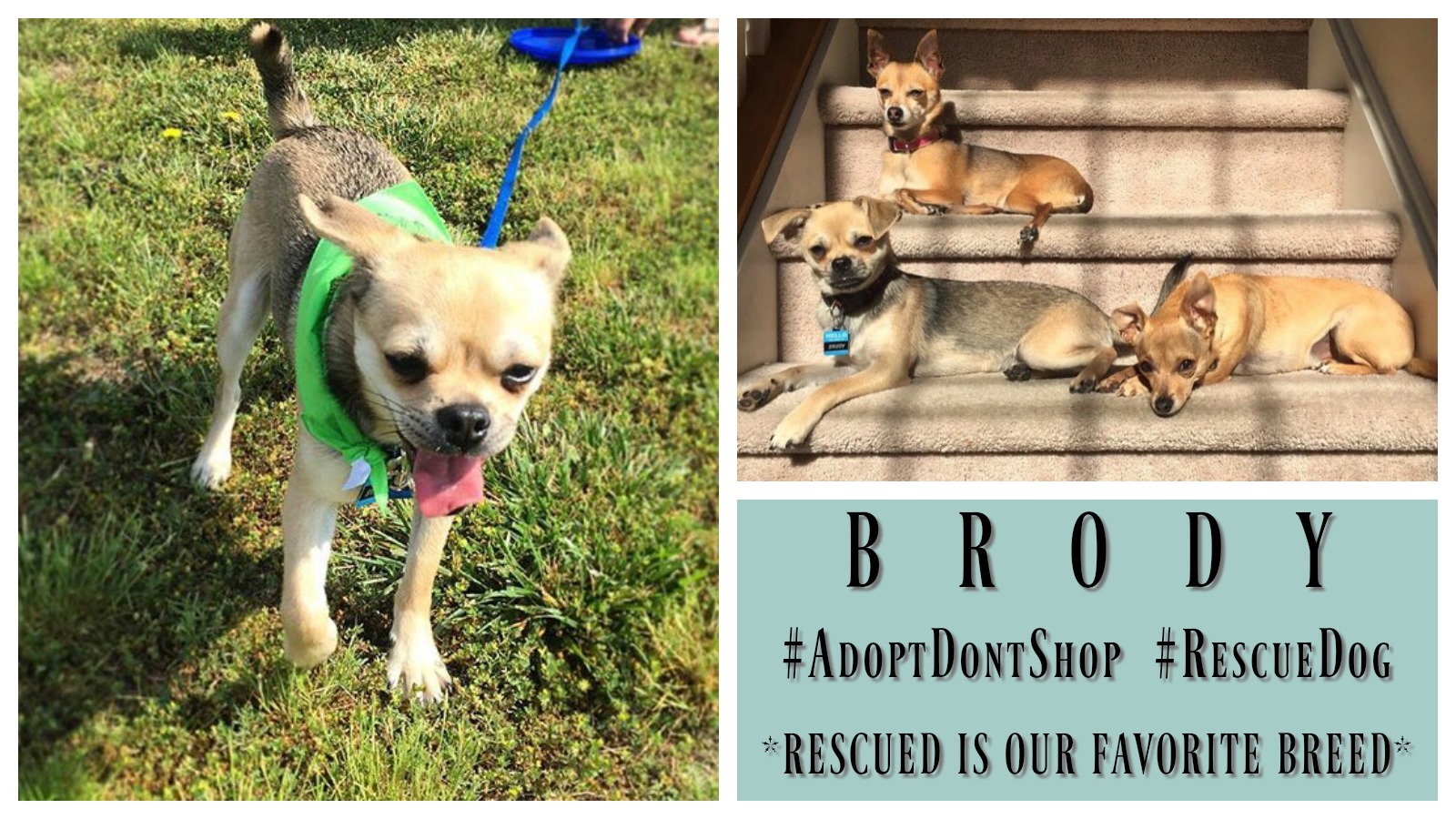 One day, Brody’s forever parents were having a yard sale and saw a friendly neighbor of theirs walking over with who they thought was a new dog of hers. Their neighbor, Sue, has five dogs and was an animal lover of all kinds. She wouldn’t turn an animal away who needed help. Sue approached Brody’s forever parents, and asked if they would be able to care for the little, male dog (now known as Brody) that she had with her. 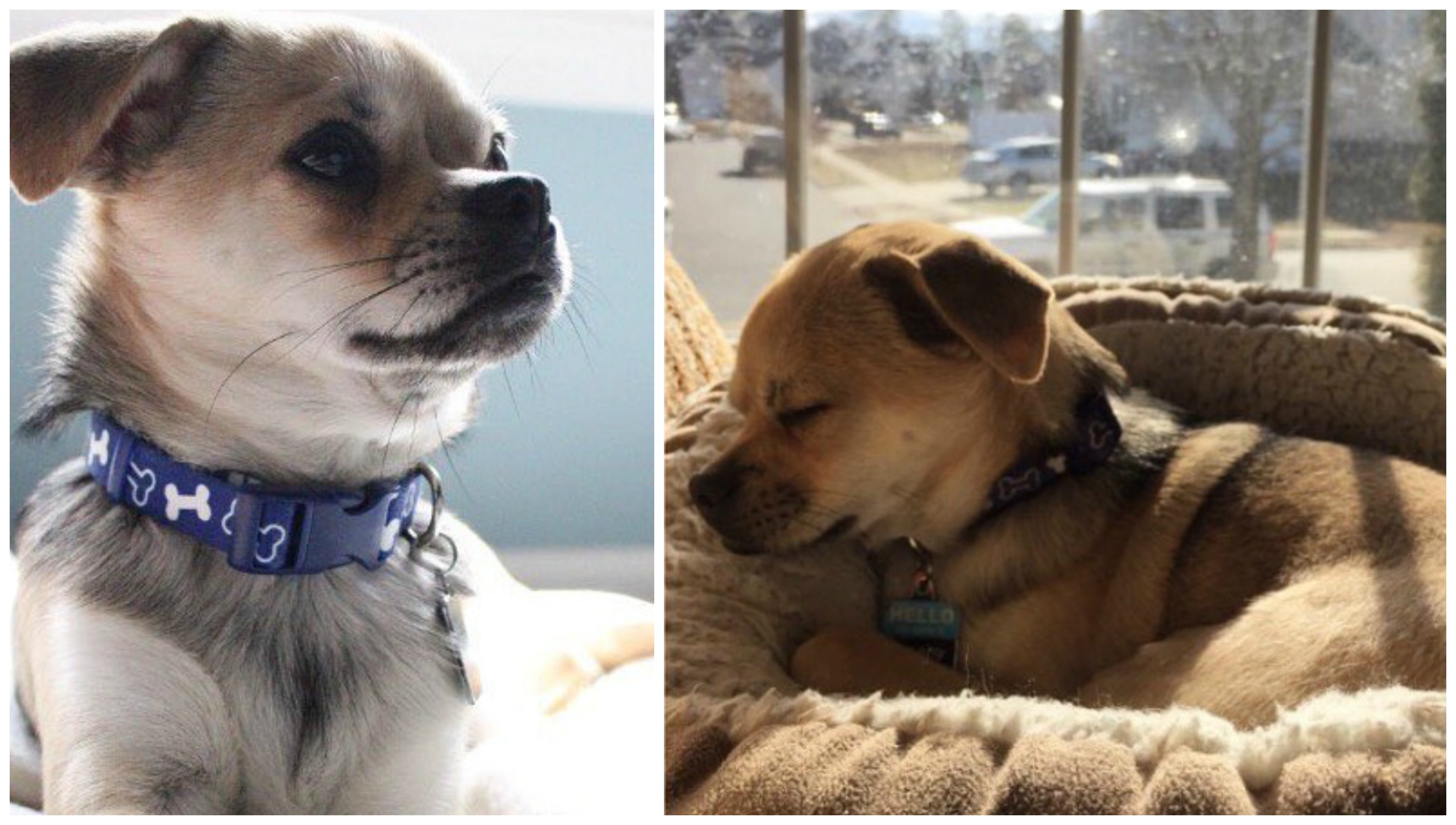 Sue knew that Brody’s parents had two small dogs already and considered them great fur-parents, so she had no doubt Brody would be in good hands. Brody’s forever mom asked Sue why she wasn’t going to keep him. Sue she said that with her other dogs and everything going on in her life at that moment, she couldn’t. Brody’s mom then asked why she would get another dog, just to give him away. Sue let her know that she rescued him. 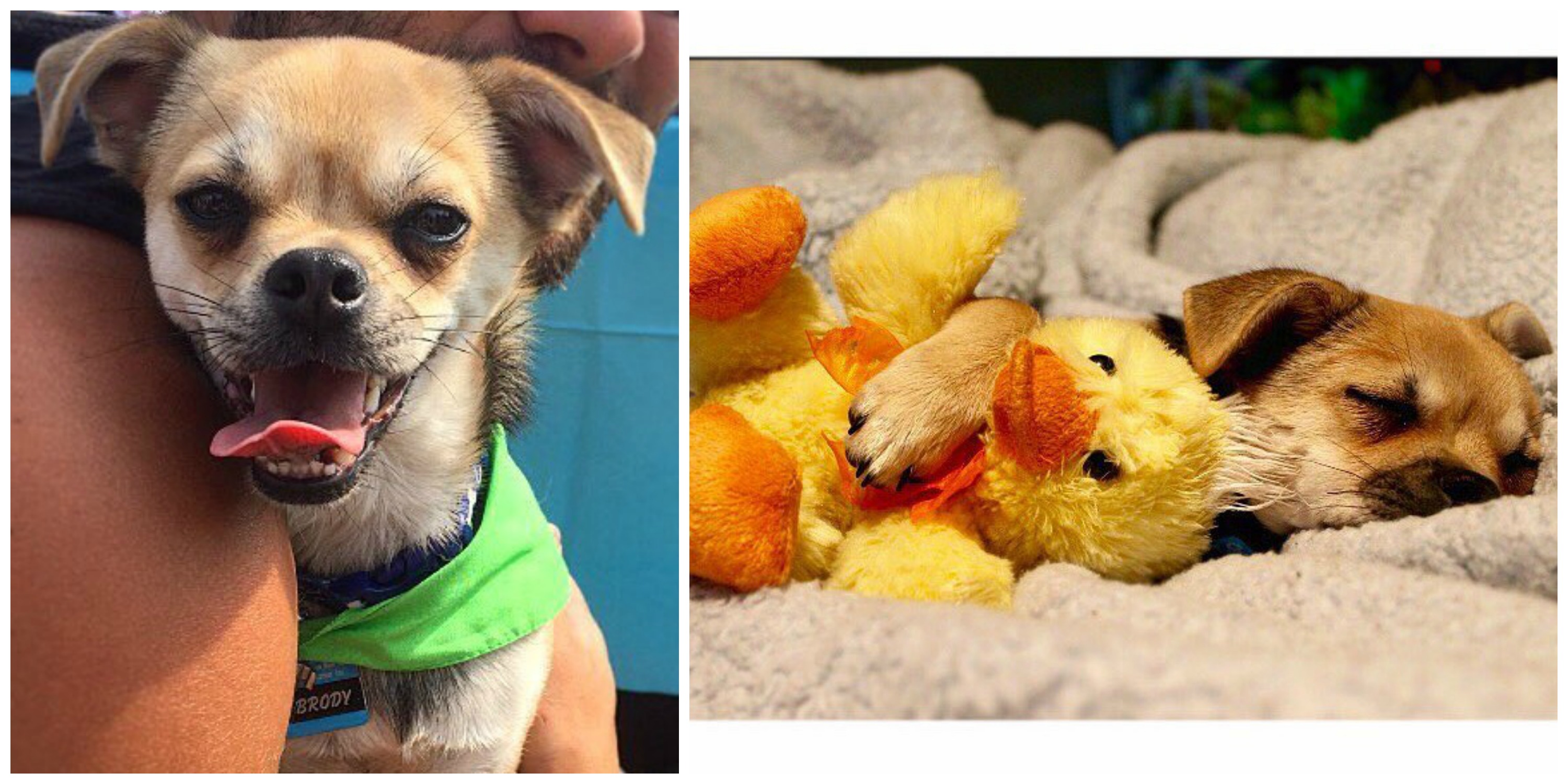 Brody’s forever parents learned that Brody’s former humans adopted him not knowing what kind of dog he was. They were hoping for a Pit Bull or a big dog of some sort. When he was a puppy, they kept him in a cage because they had a Cane Corso and Pit Bull at home already. When Brody was kept in the cage, he was only fed cat food because the family couldn’t afford anything else. Cat food is terrible for all dogs, young or old, because the high sugar content can lead to diabetes. The male owner called Sue because he knew she loved animals and asked her to pick the dog up. 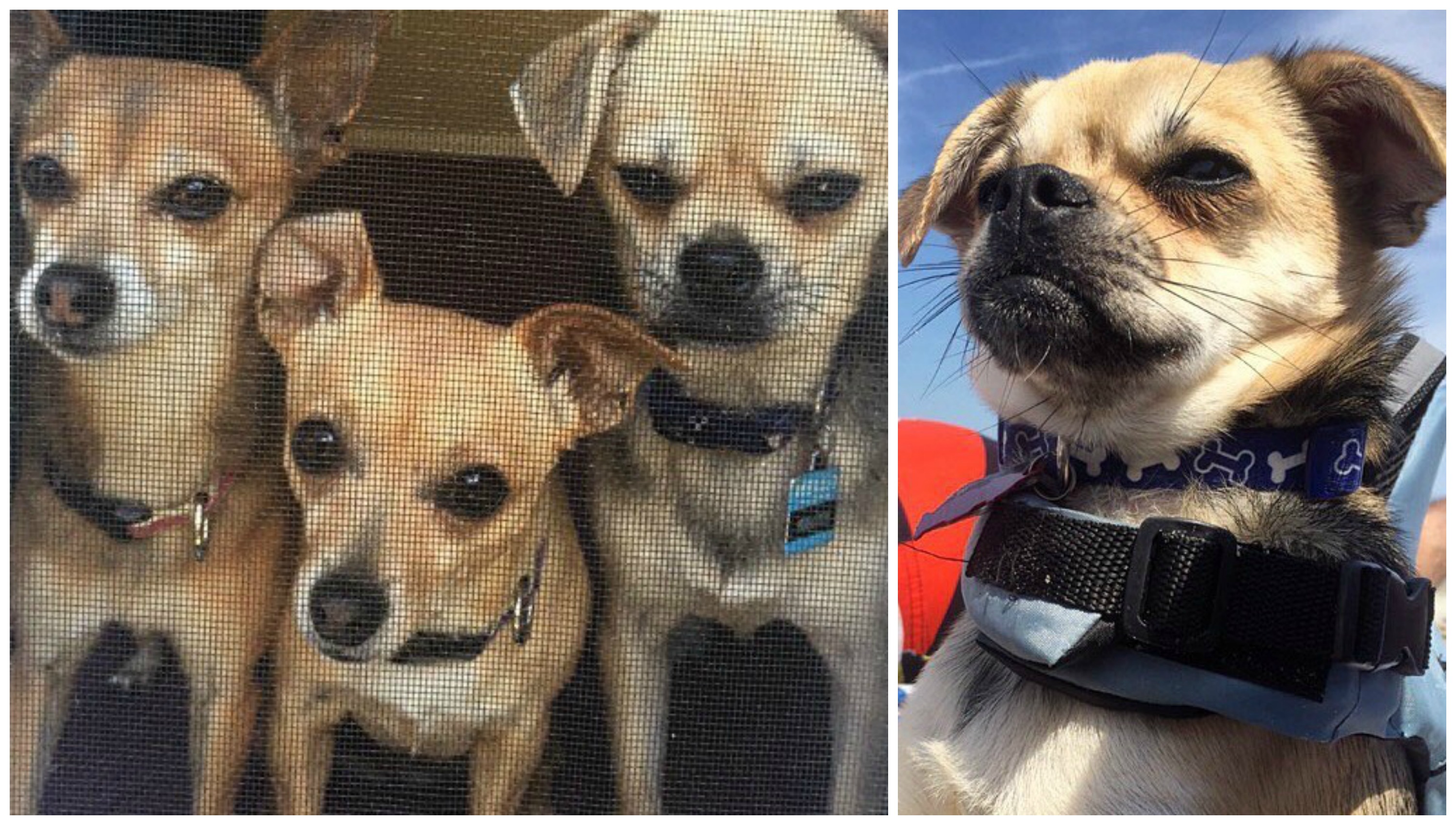 After introducing Brody to his new fur-siblings, his parents couldn’t say no. They set up a vet appointment, and aside from a couple minor problems, he was in good shape! After a couple weeks, they found out that Brody does not get along with older, male Pit Bulls. They assume that while he was stuck in the cage in his first “home,” he was taunted by the Pit Bull who was outside of the cage. Since then, they’ve introduced him to female Pit Bulls and young, male Pit Bulls and he gets along with them both! 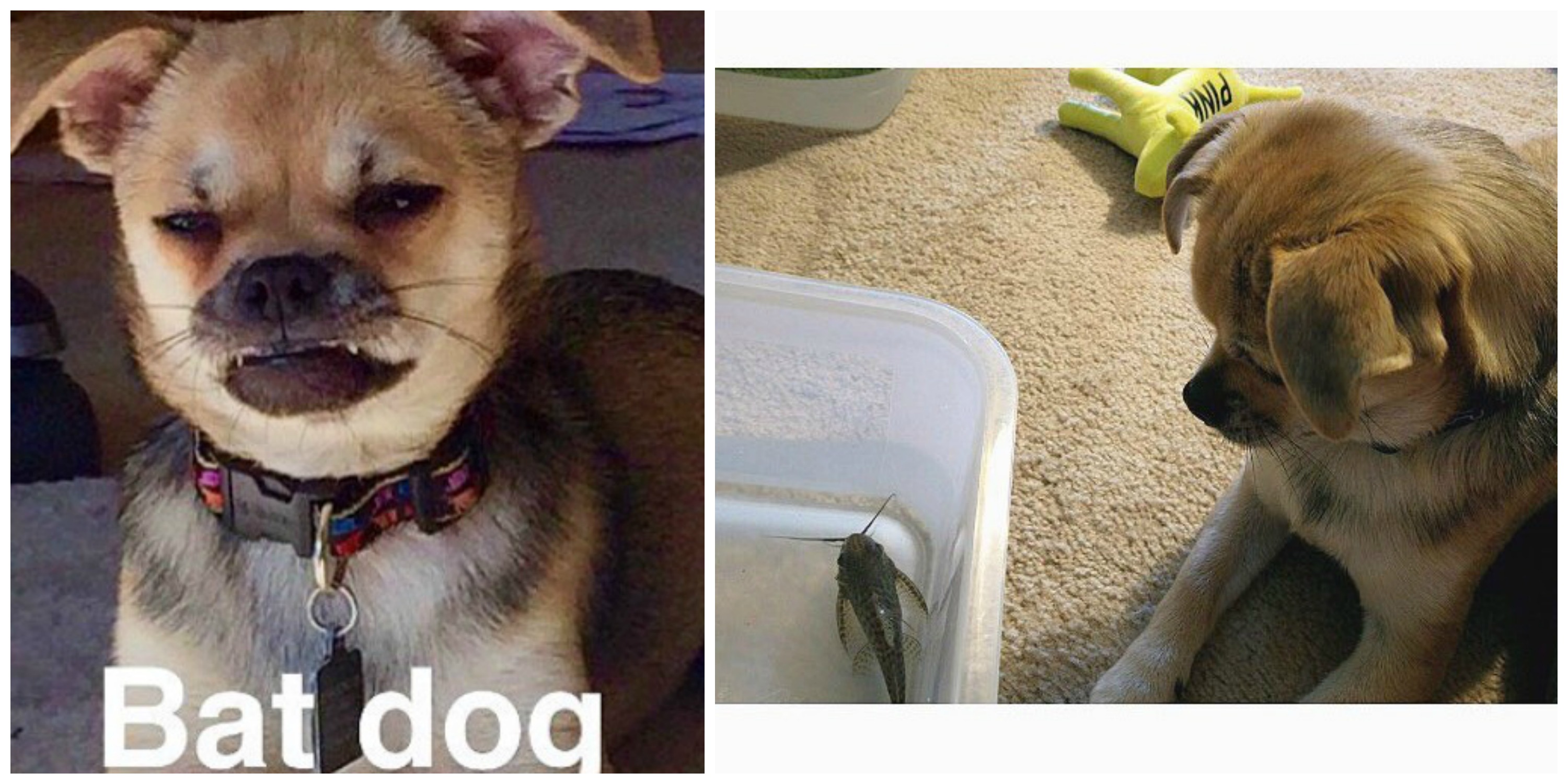 Two months in, Brody’s parents found out (during a major blizzard and an emergency room run) that Brody had Stage-4 Patella Luxation. He was in pain when he walked but he wouldn’t show it. Brody’s parents wanted him to live his life to the fullest, so he had surgery to fix the problem. 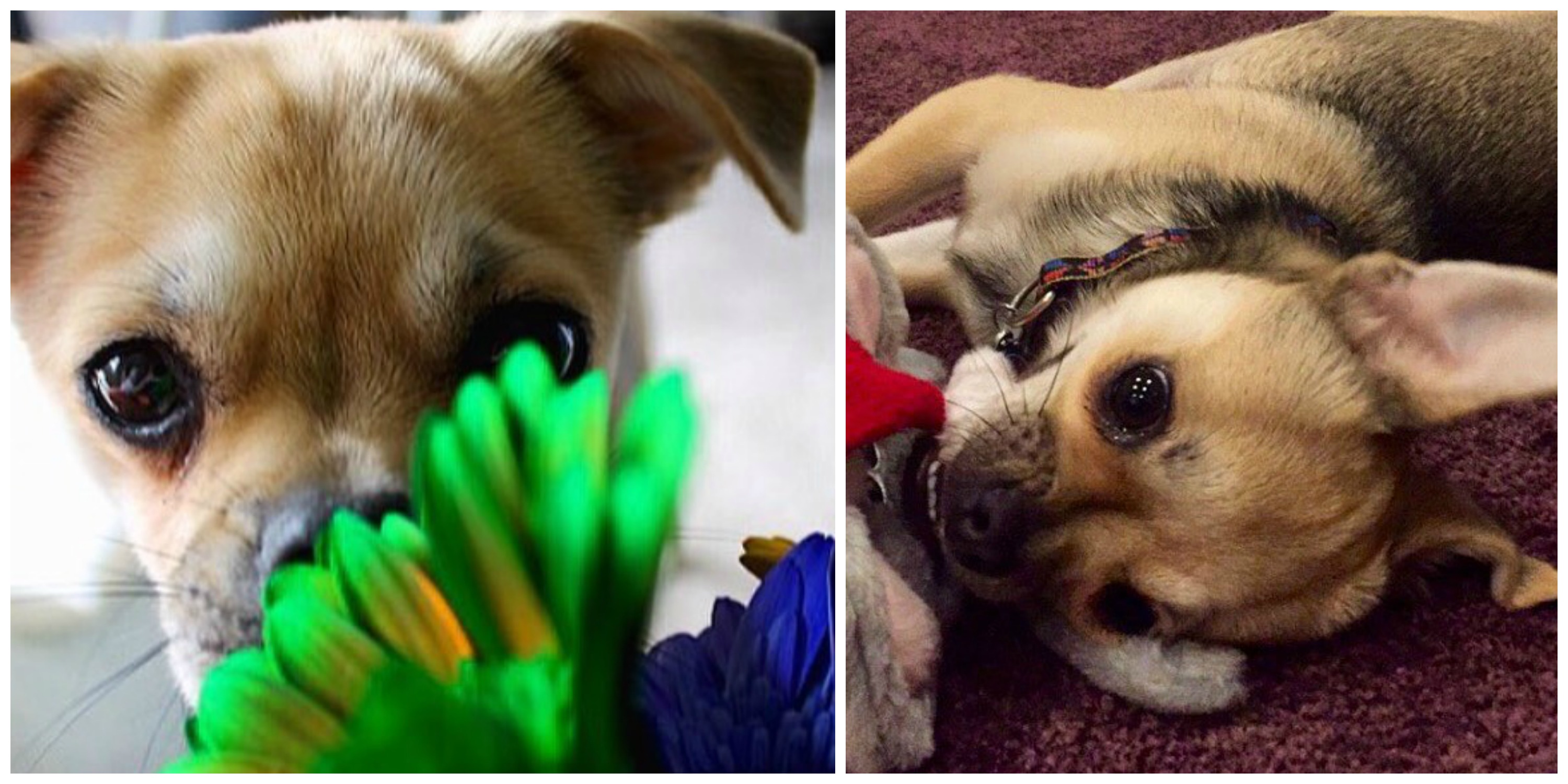 Brody is a bundle of energy when he wants to play but will cuddle in your armpit and sleep right next to your face. His forever parents can’t imagine their lives without him and are forever grateful that he completed their loving family. Brody’s favorite pastimes include car rides, surfing, going to the dog beach, walks, sunbathing, treats, toys, French fries, and butt sniffing. Brody’s parents love him to pieces and will do anything and everything to keep him happy, safe and loved.

Did someone say bacon? 🥓 #thedodo

Just holding my girlfriends hand no big deal ma no need to take a pic of it. 🐶❤🐶 #thedodo