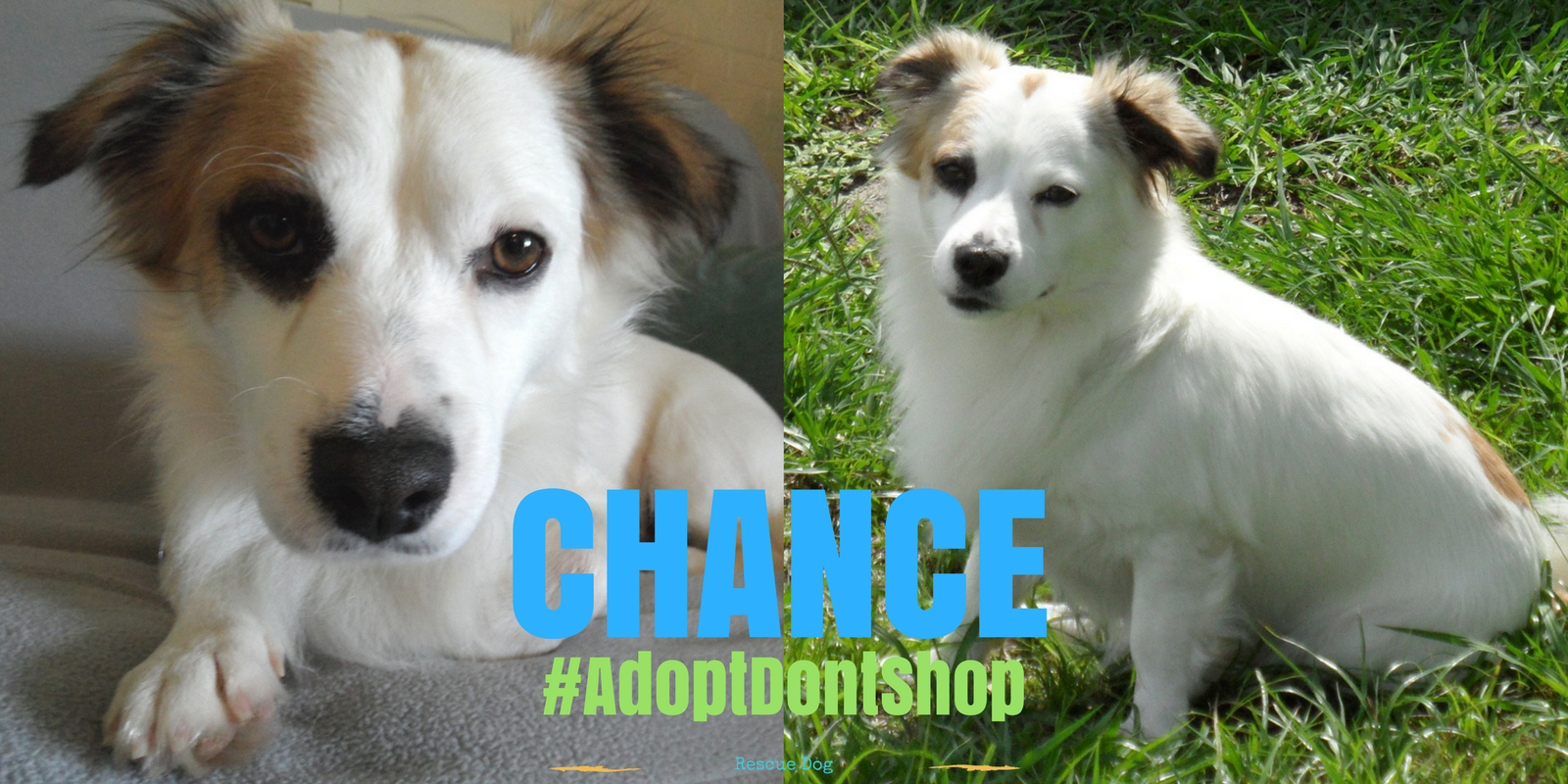 When Laura and her sister walked into their local shelter one Sunday afternoon in April 2017, they weren’t sure what they were looking for. All they knew was that they needed a good friend for their 9-year-old rescued terrier mix, Buddy, who had been through too much loss in the last few years; the passing of their two senior rescue dogs (Bonnie in June 2014 and Lucky in July 2016) and then, worst of all, losing their own mom very suddenly in January 2017, from complications due to breast cancer. These last few years had been very hard on all of them, including Buddy, so they wanted to cheer him up with a new sibling.

Laura visited the local shelters often, especially to help with networking at-risk dogs through their Facebook page, The Pet Space. After Lucky passed away, however, Laura couldn’t seem to find another dog that struck her as “the one”… until that Sunday in April. Walking through the back section of medical kennels, a little dog with a cone on his head came trotting up to the glass door to greet her – in the kennel right next to the one where she had found her precious Lucky. Once again, it was love at first sight! Not deterred by the cone or the medical notes listed on his kennel, Laura and her sister quickly fell for the fluffy stray, and in minutes, they knew they had to take him home.

They took a chance on him and decided to name him Chance, inspired further by a fortune cookie Laura had just seen that read, “Your chance will come.” Poor Chance, barely a year old (or younger), obviously had a rough start to life. He was found on the street with numerous animal bite wounds, infections, tapeworms, and a fractured leg, possibly from being hit by a car. Despite all this, he had the happiest spirit from the moment he left the shelter, and was clearly so thankful to his new humans for bringing him home!

Today, after lots of loving care, Chance is healed up and absolutely bursting with happiness! He loves to run and play, and has become best friends with Buddy. He is extremely loving to all the members of his forever family – Laura, her sister, and their dad – and has brought an incredible amount of joy and laughter into their lives at a time when they needed it the most. He truly was a “diamond in the rough” and exemplifies the saying, “Who rescued whom?” 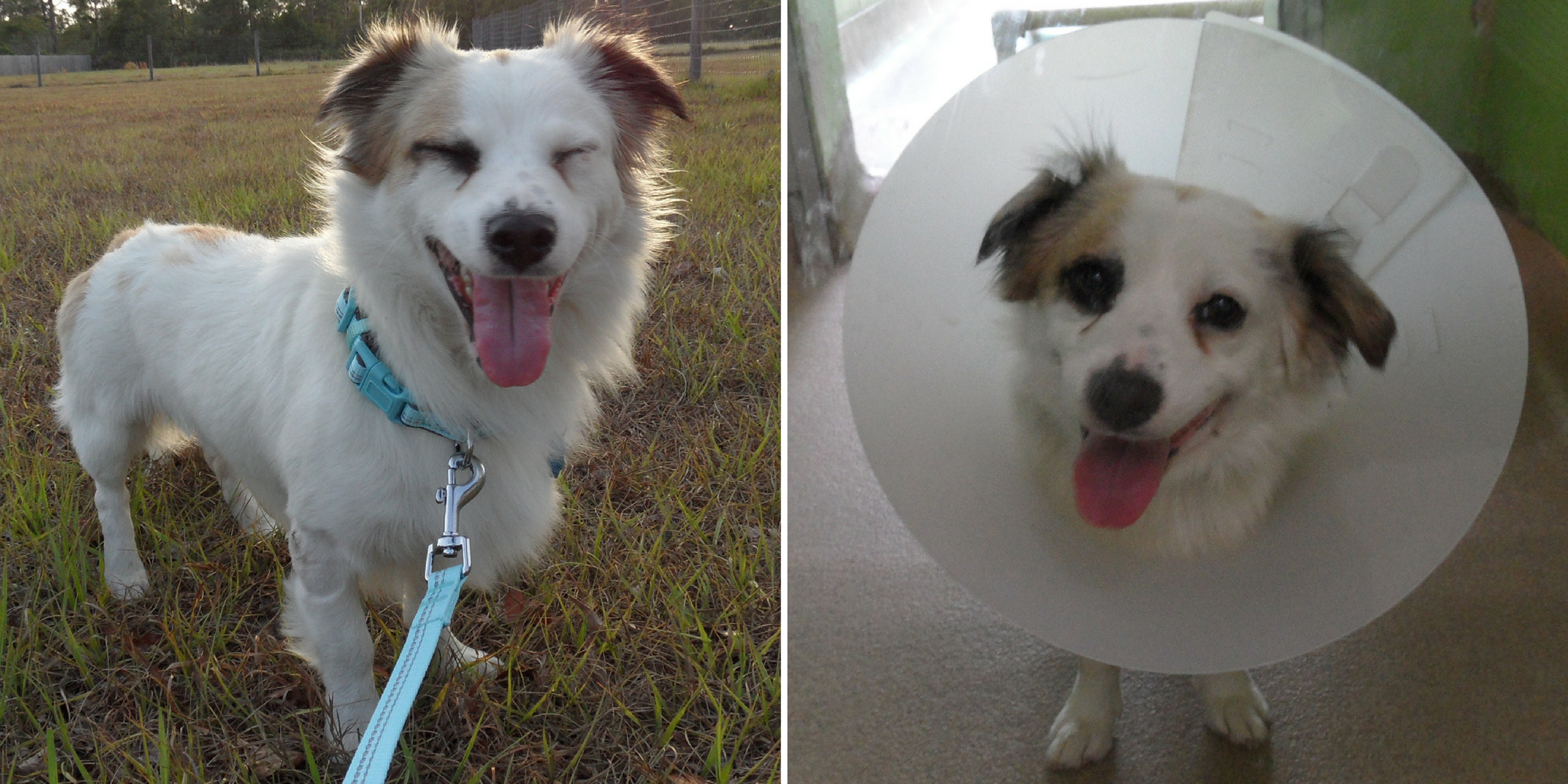 After receiving so many compliments on his adorable looks and personality, they decided to launch a website and social media pages for Chance, hoping to promote rescuing pets – especially the ones in need of extra TLC. They believe every shelter dog deserves a chance, and want the world to see through Chance – along with Buddy, Lucky, and Bonnie – why rescued pets really are the best!

A post shared by Chance the Fluffy Rescue Pup (@chancethefluffyrescuepup) on Oct 6, 2017 at 9:22am PDT

A post shared by Chance the Fluffy Rescue Pup (@chancethefluffyrescuepup) on Aug 6, 2017 at 2:18pm PDT

A post shared by Chance the Fluffy Rescue Pup (@chancethefluffyrescuepup) on Oct 4, 2017 at 2:37pm PDT

A post shared by Chance the Fluffy Rescue Pup (@chancethefluffyrescuepup) on Sep 28, 2017 at 3:56pm PDT

A post shared by Chance the Fluffy Rescue Pup (@chancethefluffyrescuepup) on Sep 21, 2017 at 4:03pm PDT

A post shared by Chance the Fluffy Rescue Pup (@chancethefluffyrescuepup) on Sep 26, 2017 at 3:49pm PDT

A post shared by Chance the Fluffy Rescue Pup (@chancethefluffyrescuepup) on Sep 1, 2017 at 3:39pm PDT