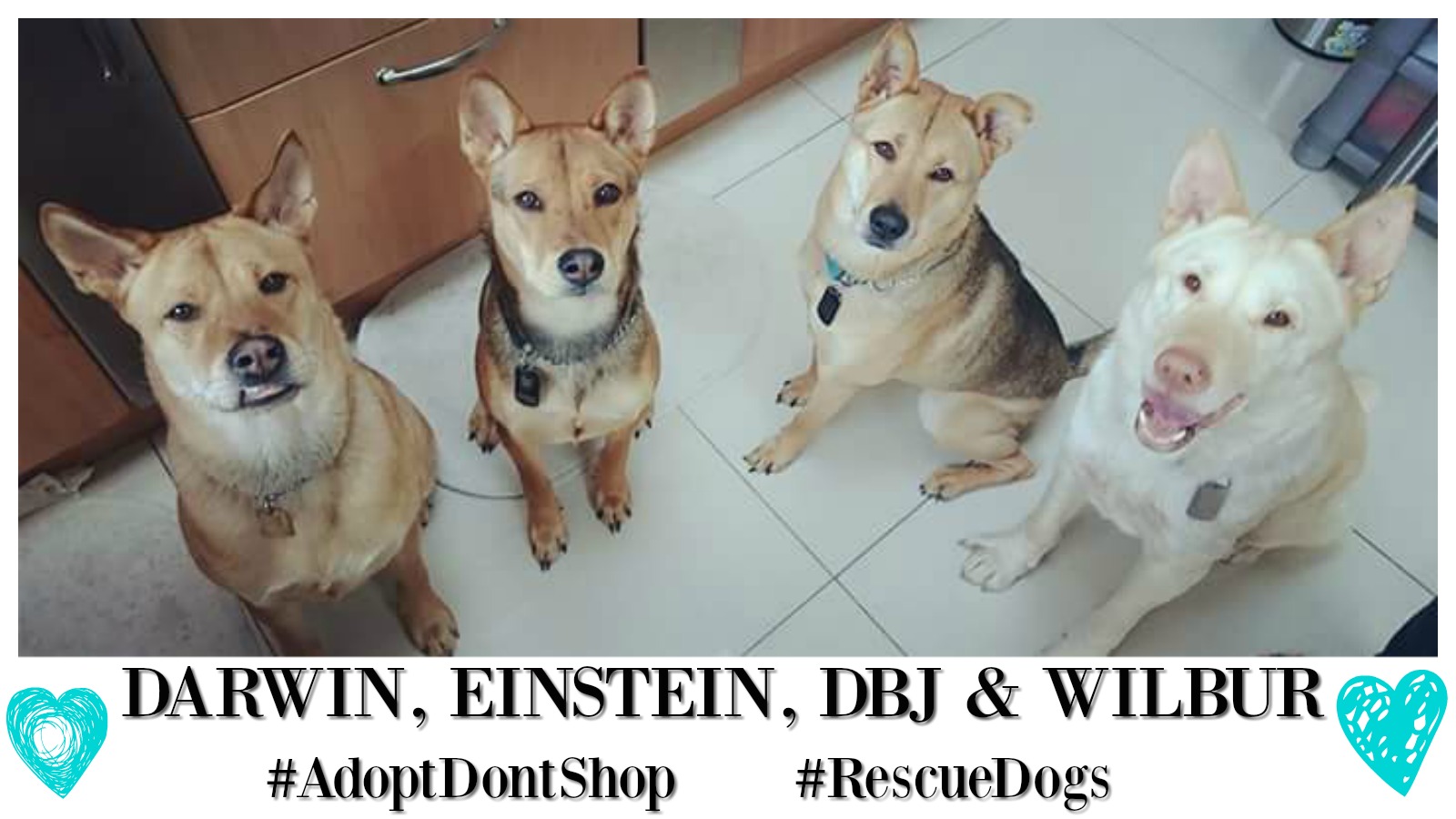 DBJ, Wilbur, Darwin and Einstein are foster failure fur-siblings who were all rescued in Hong Kong.  They now live with their furever mom in the UK.

DBJ was chained up as a “guard” dog during his puppy years in Hong Kong. When he started to grow, he was given away to another couple who cruelly abandoned him by tying him up to a hillside. Thankfully, a good human found and saved him from ‘dogcatchers’ who would have taken him to a kill shelter. Unfortunately, DBJ’s first foster family didn’t like him and kept him locked in the bathroom. Luckily, Kirsten’s Zoo  stepped in, and found another foster for him.  Cheryl, who used to be terrified of dogs, started fostering DBJ and immediately fell in love. She had fostered many dogs before him, but never had such a strong connection with one as she did with DBJ.  She cried at the thought of someone else adopting him, so she gave him his forever home!  Four years have passed, and DBJ is happy, healthy, and a big brother to 3 more adopted rescue mutts! 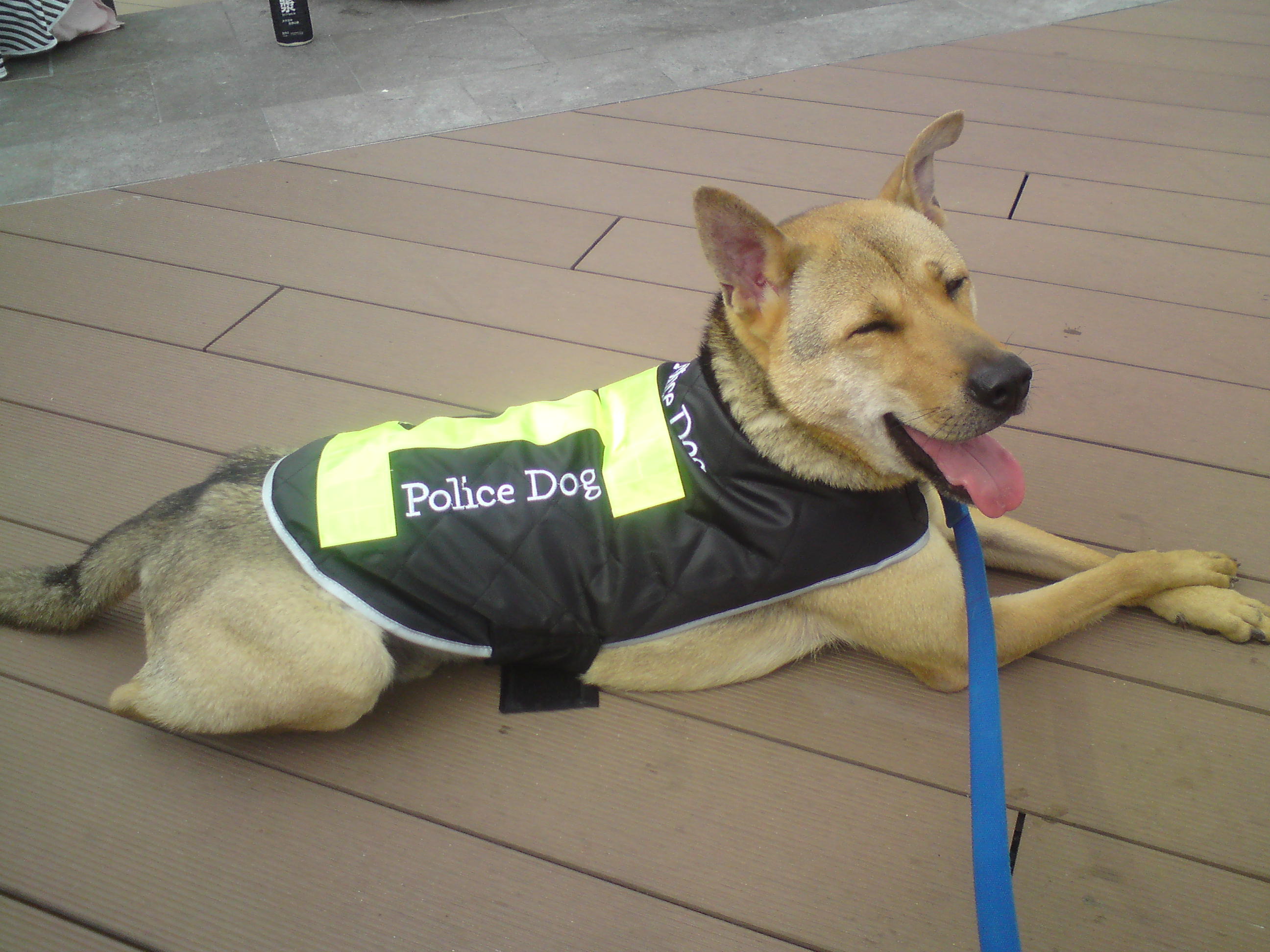 Wilbur was found on brink of death on a hillside in Hong Kong. His first foster didn’t work out, as the resident dog attacked him. Kirsten’s Zoo then contacted Cheryl to foster him.  When Cheryl first met Wilbur, he was jumping up and down out of fear. She fostered him for a year and a half,  without anyone showing interest in adopting him. Wilbur was fearful, nervous, didn’t like traffic, strangers, busy roads, toys, playing with other dogs and was bad on leash.  Despite all this, he bonded with Cheryl and DBJ, and Cheryl decided to give him his forever home.  He is now calm, very affectionate and loves the outdoors and spending time with his 3 fur siblings! 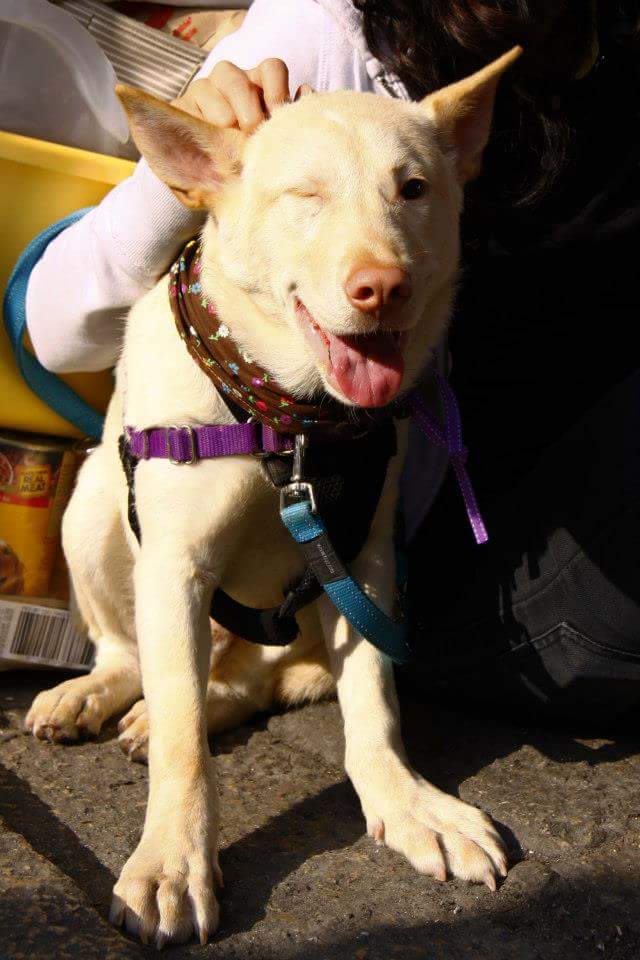 Cheryl found Darwin and Einstein abandoned in a Hong Kong park when they were only 3 months old.  She planned to find a rescue for them, and would foster them until they found their forever homes.  However, because rescues were full due to it being ‘puppy season’ , and because Darwin and Einstein were mutts, their chances of survival in the shelter system was slim.  Cheryl then found out that Darwin had congenital hip dysplasia, and decided to adopt them both.  They get along well with their older brothers, and love chasing squirrels! 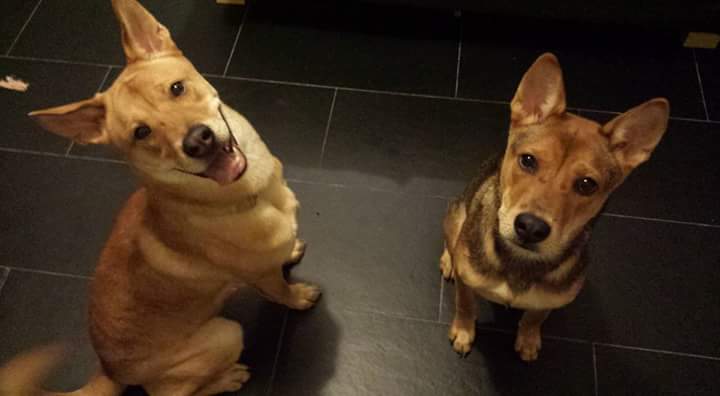 All four rescue mutts owe their lives to one woman, who opened her home and heart to them!  If you can’t adopt, please consider fostering!

Check out these amazing designs of the pack from @50shadesofkipper . Totally made my day! Cannot wait to get these printed and into individual frames to decorate my upcoming new flat. Do go check out kipper’s page, very cool and funny adventures ???? #adoptdontshop #rescuedogs #immigrantdogs #hongkongmongrel #breedsdontmatter #唐狗 #領養代替購買

No matter how long the path, how uncertain the ending, how many obstacles there are along the way, as long as I have you to walk it with me everything is complete. #adoptdontshop #rescuedogs #hongkongmongrels #唐狗 #領養代替購買 #adventureswithdogs #adventuremutts #adoptadventurerepeat

#throwback to when rescue dogs met rescue cats. No matter the specie #adoptdontshop , there are always rescues waiting. DBJ and Wilbur never lived with cats before but I trusted their temperament enough to know they wouldn’t make a meal out of them. These little satan kittens bonded with the boys, tired everyone out, emptied the wardrobes, ripped into bags, jumped on our heads and woke everyone up before sunrise. We were all happy and relieved when they found homes ???? #rescuekittens #rescuedogs #dontbreedandbuy #rescuesarethebest #fosteringsaveslives

My grand appearance for this #throwback with fosters (from left to right) Luna, DBJ and Nala. Luna was adopted by Hong Kong celebrity Gigi Leung 梁詠琪 #claimtofame. DBJ obviously by the lucky me. And Nala also made a great transformation from being so fearful she refused to pee for days in her previous foster and was given medication just to get her to urinate! She would also snarl at other dogs and run away. I bumped into her after she was adopted to see her playing and chasing with other dogs in the dog park ???? Never judge a rescue dog by assuming they have problems. They are like any other dogs, they may have issues – but no more than that of a bought one. Don’t contribute to a pet store’s selfish profit or a breeder’s unworthy new hand bag via a trade that uses animals as a commodity. Make a difference, save a life and use that minimal adoption fee in assisting rescues rescue more, cause unfortunately there is always more. Changing one life won’t change the world, but it changes the world for that one life. #adoptdontshop #adoptionsaveslives #fosteringsavelives #rescuedogsarethebest #hongkongmongrels #唐狗 #領養代替購買

Throwbacks whilst human is on holiday. DBJ’s foster days, the pup is Blitzen who was taken in to foster at same time. These two bonded like glue, slept on top of each other, played all day. Blitzen found a home in a matter of weeks and I had no problems letting go. But I poured my eyes out over the rumour DBJ may have potential adoption interest ???? he wasn’t the cutest, smartest or anything but there’s not been a dog since with such connection. #soulmates #whorescuedwho #adoptdontshop #adoptionsaveslives #fosteringsaveslives #rescuedogs #hongkongmongrels #唐狗 #領養代替購買

Handle every stressful situation like a dog. If you can’t eat it or play with it then pee on it and walk away. #adoptdontshop #rescuedog #hongkongmongrel #immigrantdog #唐狗 #領養代替購買

If only weekdays and weekends could do an identity swap for a change. #adoptdontshop #Einstein #rescuedog #immigrantdog #hongkongmongrel #唐狗 #領養代替購買

Our friend @stanley_the_handsome tagged us in the #showusyoursmile challenge. So here we are all smiling at you to brighten up your day! Tagging some friends to smile back. #tongueouttuesday #DBJ #Wilbur #Darwin #Einstein #adoptdontshop #rescuedogs #immigrantdog #唐狗 #領養代替購買

I can see why these are often mistaken for brothers. I was drawn to #Einstein when he was first found because of his similarity to #DBJ, but their personalities couldn’t be more different. #DBJ is very out going and chilled. #Einstein is very nervous and fearful 🙁