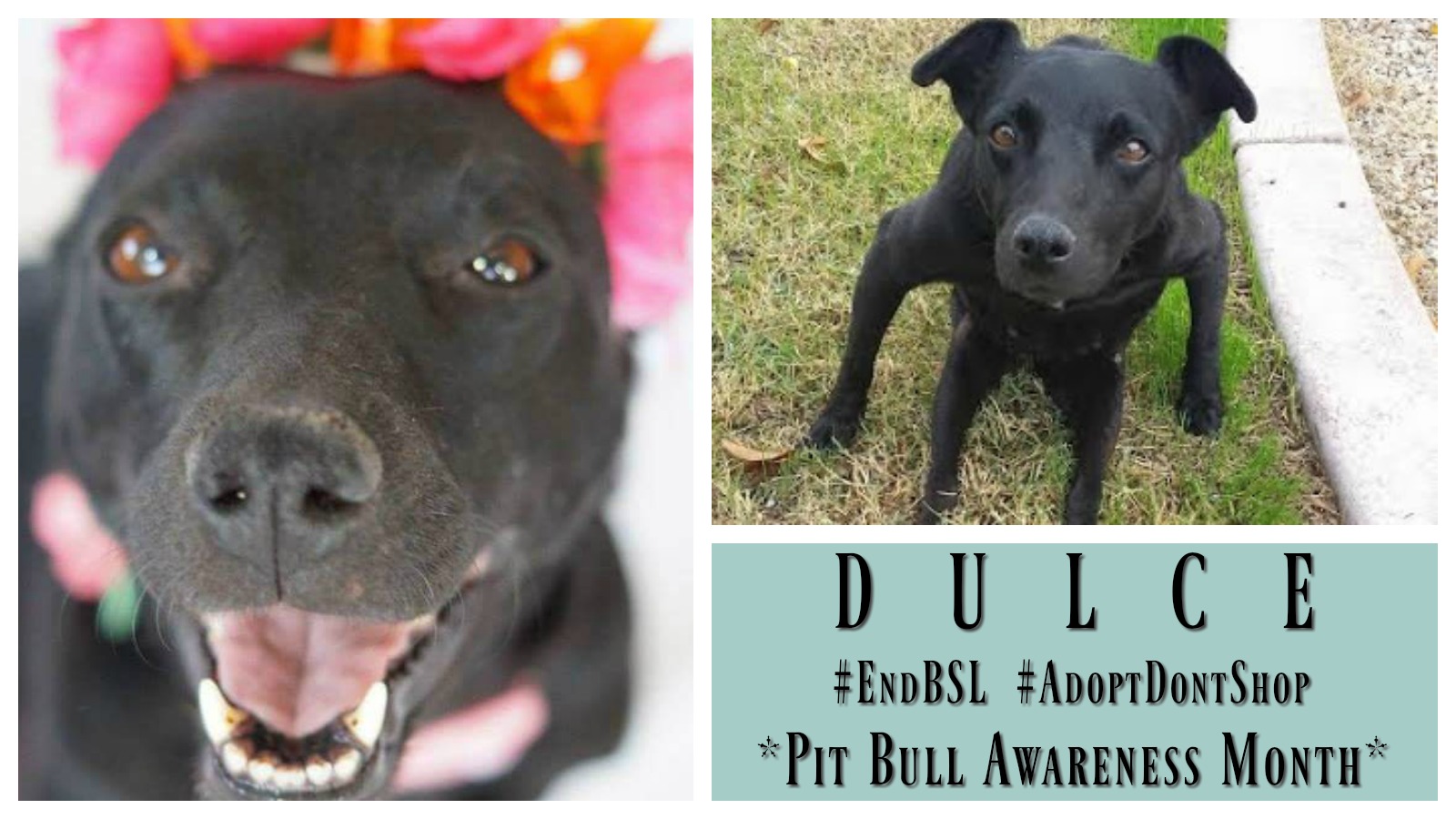 Dulce was rescued from Tijuana in December 2014. She was paralyzed from her mid-back down and could only drag herself through the streets. The picture below was posted on social media by a rescue, asking for a foster. Ruth Ann immediately volunteered. Arrangements were made to transport her across the border and Ruth Ann drove down to the San Diego / Tijuana border and picked Dulce up.  Ruth Ann’s heart broke when she saw Dulce’s face for the first time. She was scared and hungry, but alone no more. Ruth Ann drove her to her new foster home in Phoenix. 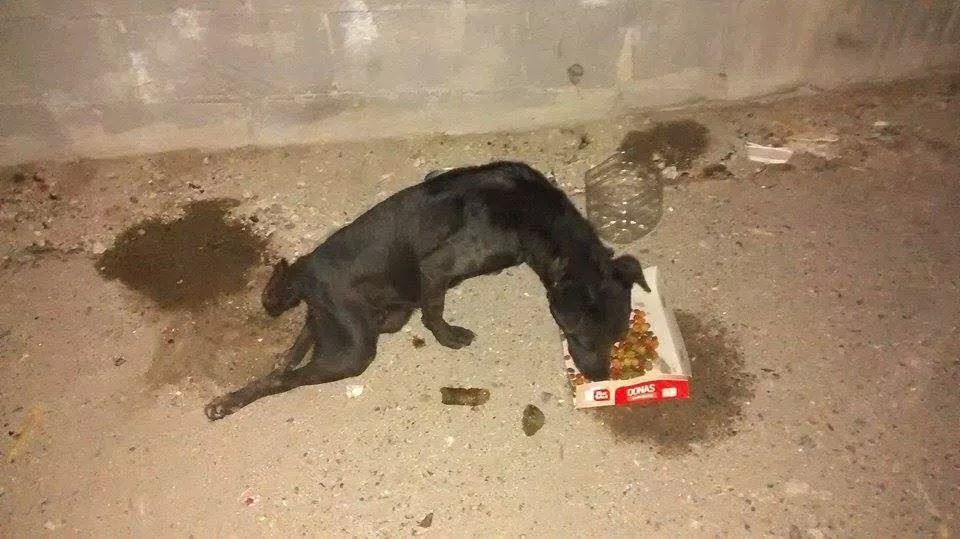 The rescue that originally posted Dulce made arrangements for her to go to the vet the very next day. The vet advised Ruth Ann that “no dog should live like this” and recommended euthanasia. Ruth Ann and the rescue made the decision that putting Dulce to sleep was NOT an option. 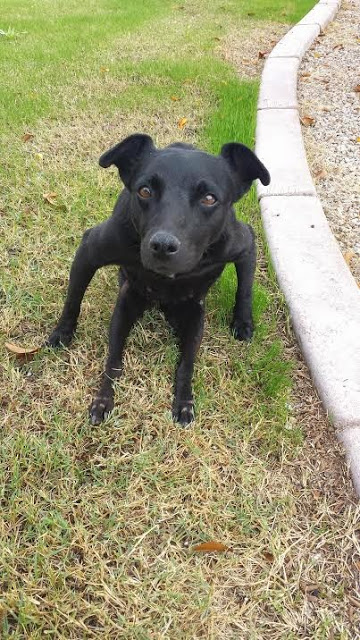 Over the course of the next few weeks, Ruth Ann started a fundraiser to take Dulce to the neurologist. Dr. Greating of NeuroVet stated that Dulce’s tail wagged and that that was a great sign. She suggested an MRI, which was very expensive. They decided to do another fundraiser.  Dulce then began to act as if she wasn’t feeling well. Her breathing was labored and Ruth Ann suspected she had a urinary tract infection, so she scheduled a visit to her regular veterinarian (Dr. Fan at Goodyear Animal Hospital). 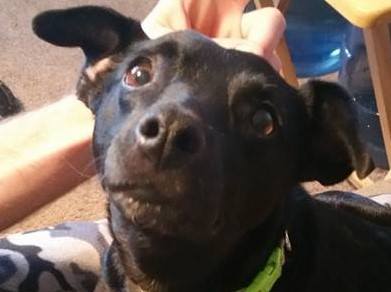 X-rays were taken and blood work was done. Shockingly, the x-rays showed that Dulce was pregnant (with five puppies) and they were making it difficult for Dulce to breathe. Dr. Fan was not optimistic about Dulce being able to give birth with her spine condition. They agreed to wait a week or two to see if things got any better. She did have a urinary tract infection due to the fact that her spine was injured and she could not empty her bladder completely. Dulce was given medication to treat the infection. The rescue she was under did not have the funds to pay for this visit completely, so Ruth Ann paid the majority of the bill. 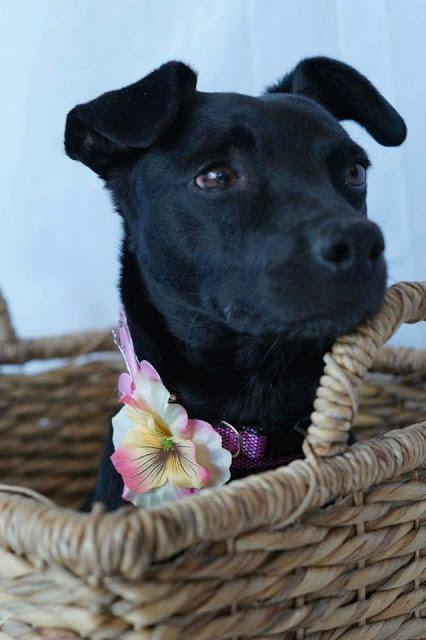 Dulce’s breathing got worse with the pregnancy, so they made the decision that Dulce had to have a spay abort to save her life. It was done shortly thereafter. It turns out that all of Dulce’s five puppies would not have survived due to the fact that the puppies were all different sizes and deformed. 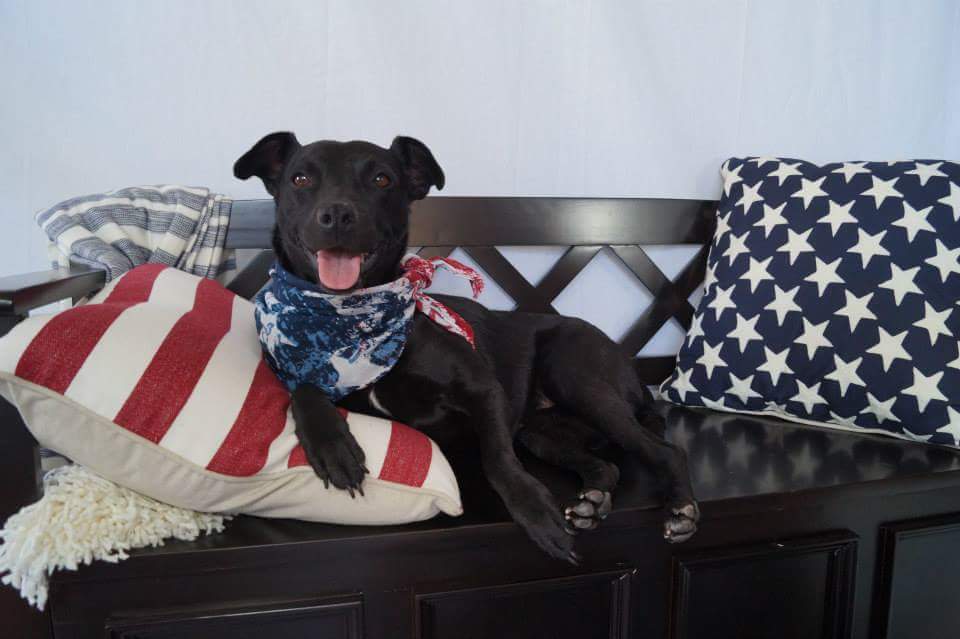 During Dulce’s healing, the rescue that originally backed her stopped communicating with Ruth Ann and essentially gave up on Dulce. Ruth Ann was officially Dulce’s forever mom.  She did numerous fundraisers for Dulce’s MRI, which she never had, due to the fact that she had so many urinary tract infections and the vet bills were costly. In the 18 months that Dulce was with her forever mom, Ruth Ann continually massaged her back, did daily stretches with her, and did water therapy with her in the pool. Wiggleless.com donated a back brace that also helped Dulce to keep her spine straight. Today Dulce walks AND runs. No surgery. No back medication. 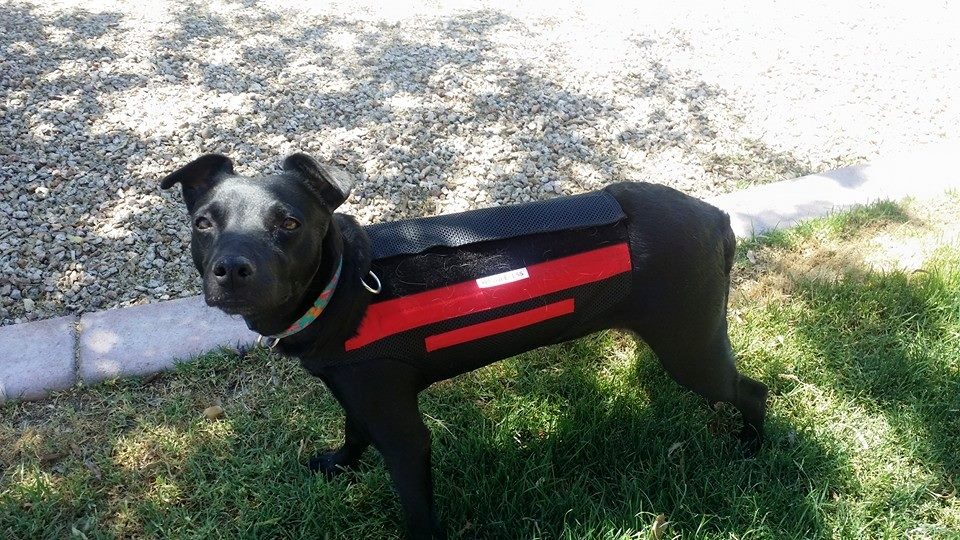 In 2015, Dulce won Instagram’s “Best Rescue Oscar”. She has been on VoiceAmericaTV and has traveled the United States and Canada. Please Draw My Dog in Estonia did her story and drew her. Her Facebook group, Hope For Dulce, has over 500 followers from all over. 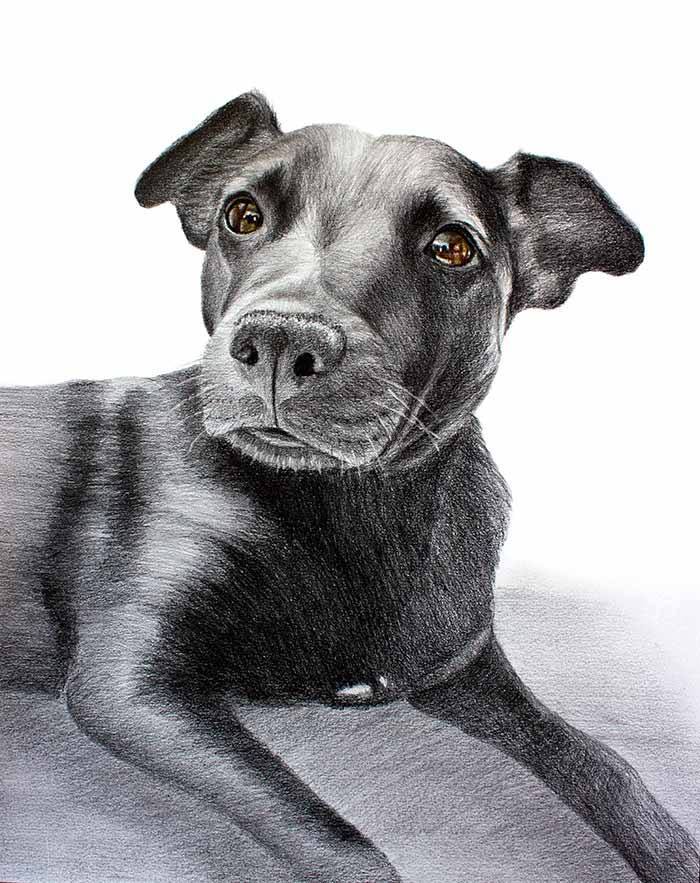 Dulce is a true miracle and her story shows how powerful love can be. She currently lives with her eight fur siblings and is happier than she has ever been!!

It’s been awhile since we have posted. Dulce is doing extremely well!

Dulce & some of her siblings; taking over the bed

Here is the collar on Dulce