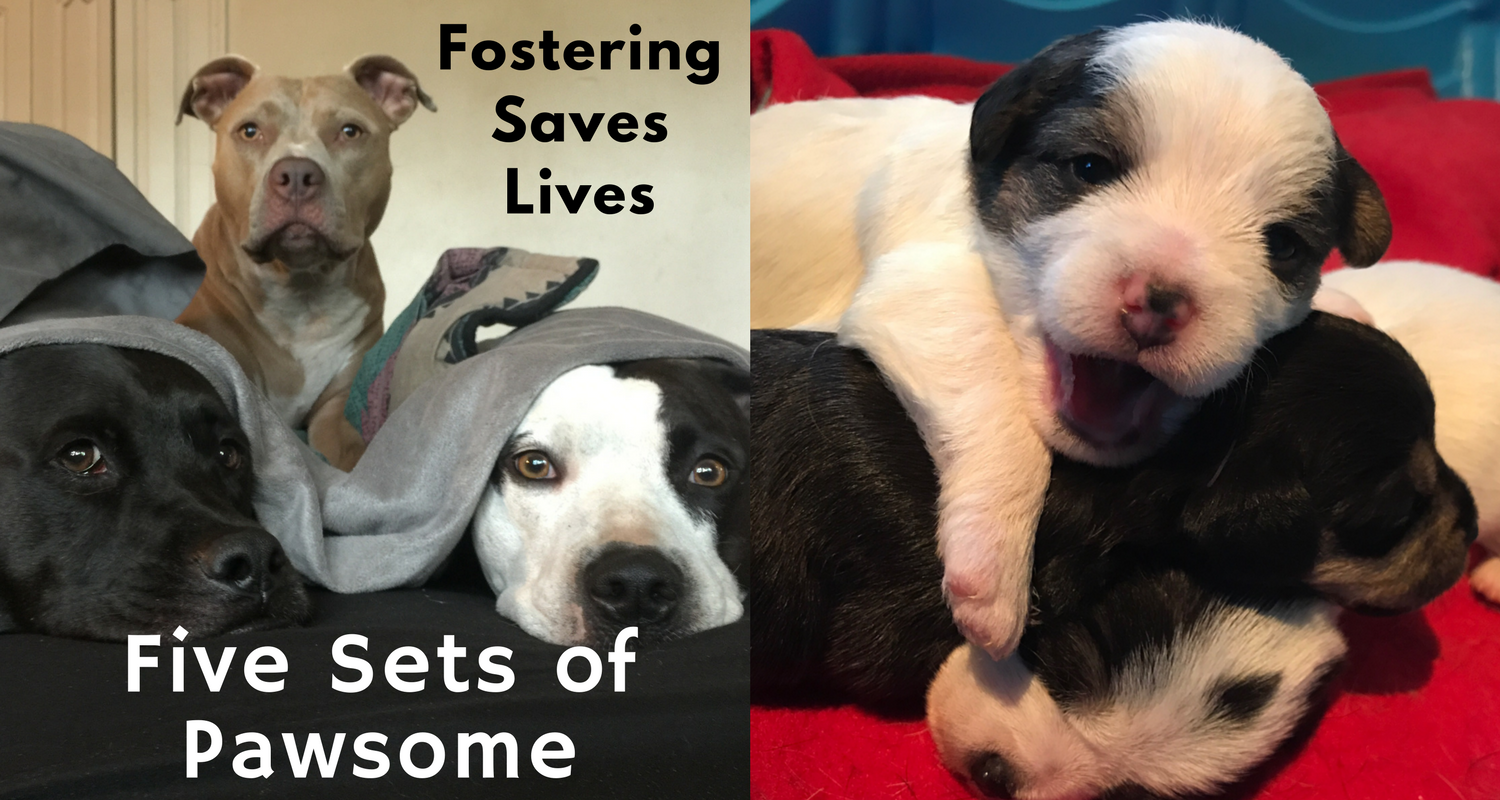 It all started with Sully. Kim and Paul had discussed getting a dog for a while and they had done a huge amount of research on breeds, training, etc. Paul, oddly enough, stereotyped Bullies just like the general public tends to do, so they weren’t looking for a bully breed.
They thought Sully, their first dog, was a Great Dane mix, but he is actually an American Staffordshire Terrier/Boxer mix. The instant Paul saw his video, he was in love!

Kim and Paul then discovered that Kathi’s K9’s, the rescue they adopted Sully from, was in desperate need of fosters. They decided to give it a shot and ended up fostering a couple of litters of puppies with her. 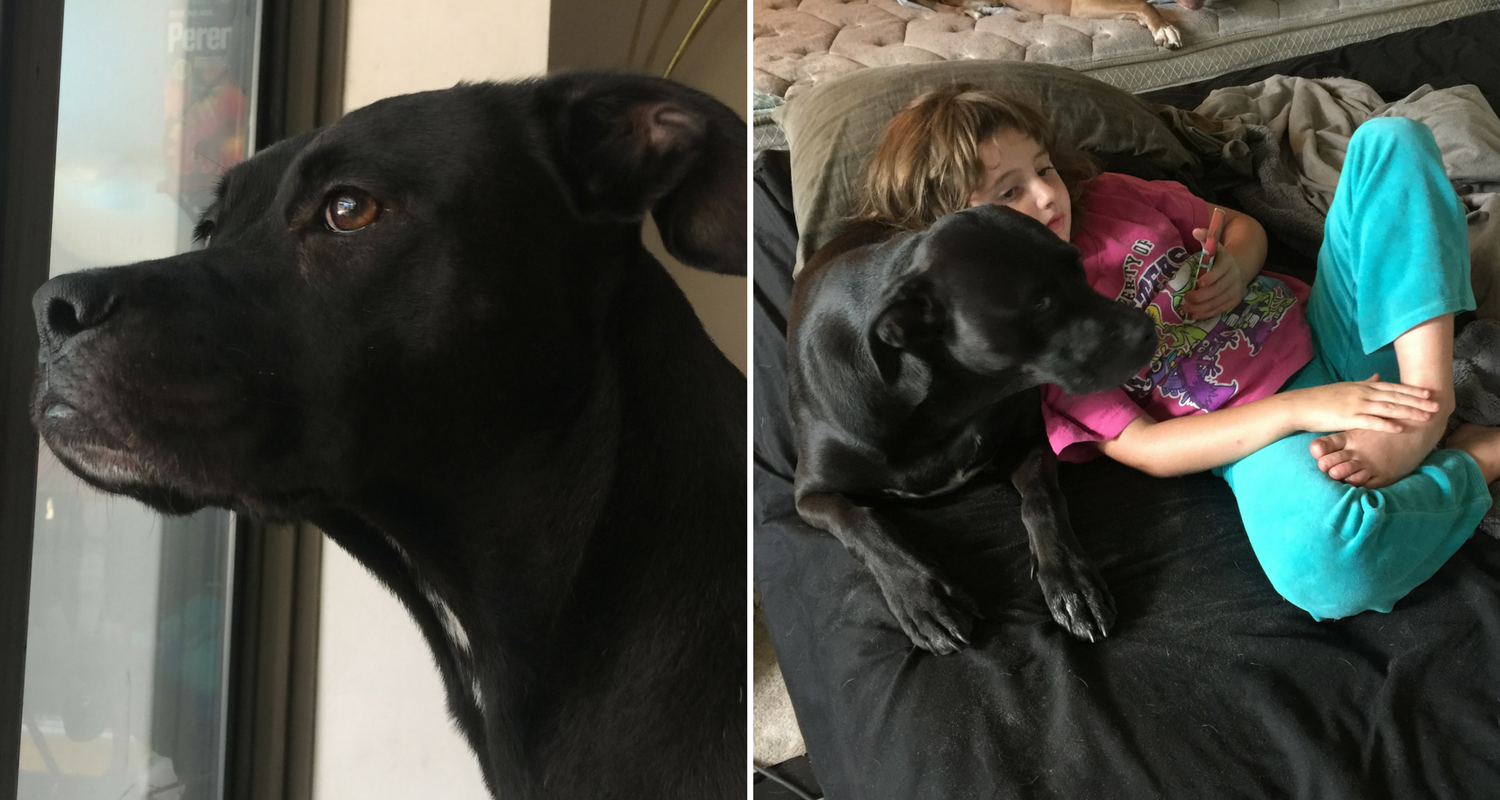 Kim then saw Cece on Rugaz Rescue’s site. Cece was on the euth list for the next day, and Kim and Paul immediately volunteered to foster her. Needless to say, Cece found her forever home!

Fast forward four years — Paul and Kim have fostered over 200 dogs, have 5 of their own, and wouldn’t trade a single second of it!

Read all about Paul and Kim’s former and current fosters, and learn how you can help!  https://linktr.ee/five_sets_of_pawsome
Follow their foster journey on Instagram! @five_sets_of_pawesome

The old saying “it takes a village…” comes to mind when I reflect on how these Divas puppyhood has gone. They have 4 moms(Jerz, Boo, Cece, and mama) a big sister(Felicie), a goofy dad(d-man) and an aloof uncle(Sully). Not to mention the two litters of foster brothers and sisters they were raised with(Goonies/That 70s show). 😂😂😂😂😂😂

There is a slight size differential between Dmitri and his divas 😂😂😂

Abby(chocolate ice cream cone butt) and Cece really care for each other, they make me laugh with their goofiness 😂😍

They just hang out together all day, it’s so cool 😎

The love and relationship that has developed between Jersey and these Diva’s after the littles helped her on her road to recovery is amazing. I just really like being around to watch it 😍