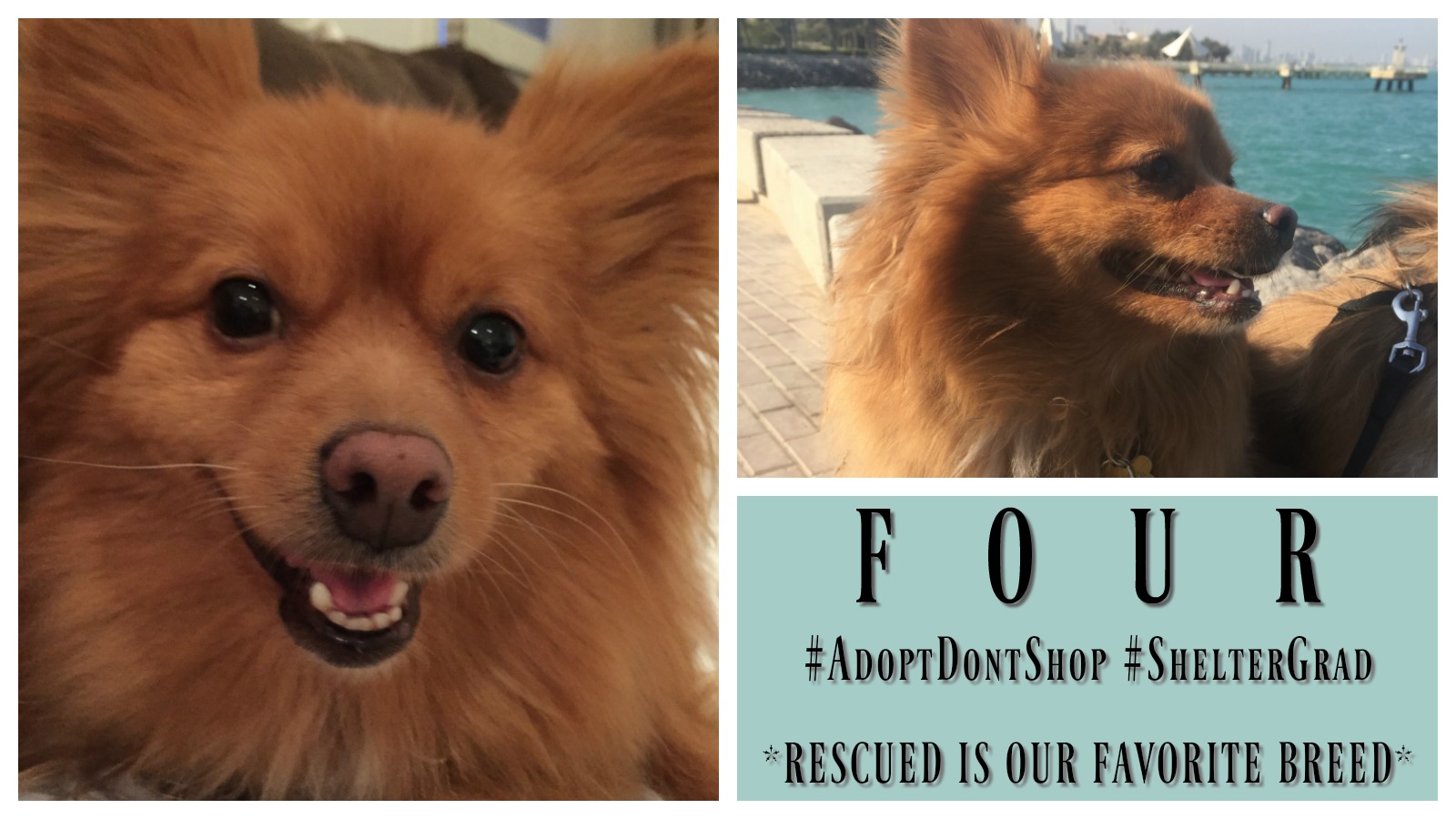 I’m Four, a four year old, mixed breed pup. I was adopted from a local shelter in Wafra, Kuwait!

The shelter is located in a remote area, away from the main roads and cities. I was dropped off at the door with two other dogs. We were left there overnight until shelter staff found us in the morning. My mom was told there was a wire wrapped around my tail and the two other dogs that were with me were not in a very good shape, either. 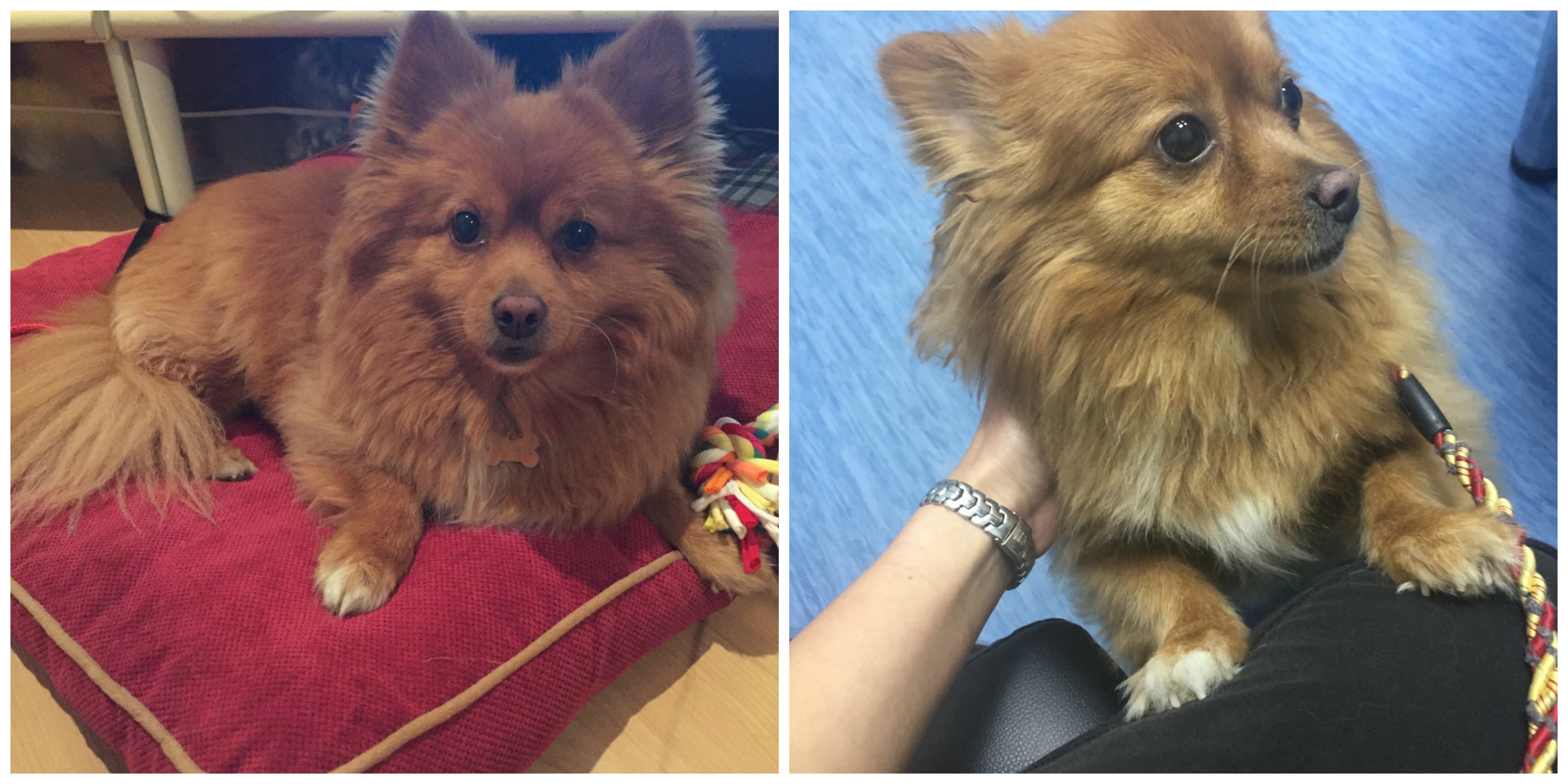 My mom knew the shelter manager and had been thinking about adoption for a long time. She was told about me when I arrived but at that time, she had to travel and was not able to meet me.  A few months later, I was adopted by another nice human – but they returned me to the shelter after two weeks. It’s still not clear to me why! 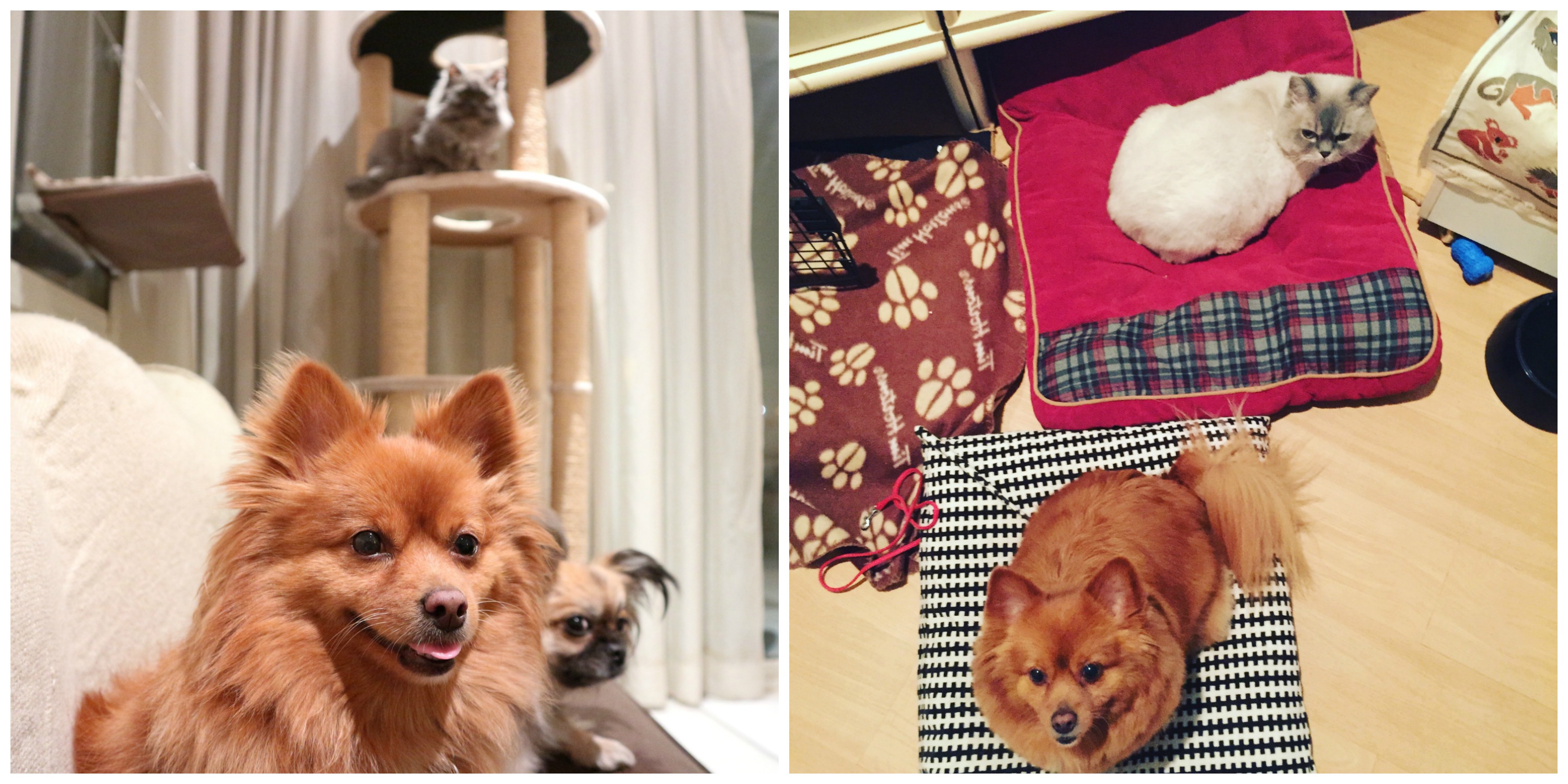 A few weeks had passed, and my mom found out that I was back at the shelter. She knew it was a sign! She wanted to foster me, as she already had three adult cats at home and was concerned how everyone would get along. The shelter manager was kind enough to take me to her home and on that same day, I met my mom. She immediately knew that I wasn’t just going to be a foster, she knew I would be her dog, and I knew she would be my forever mom! 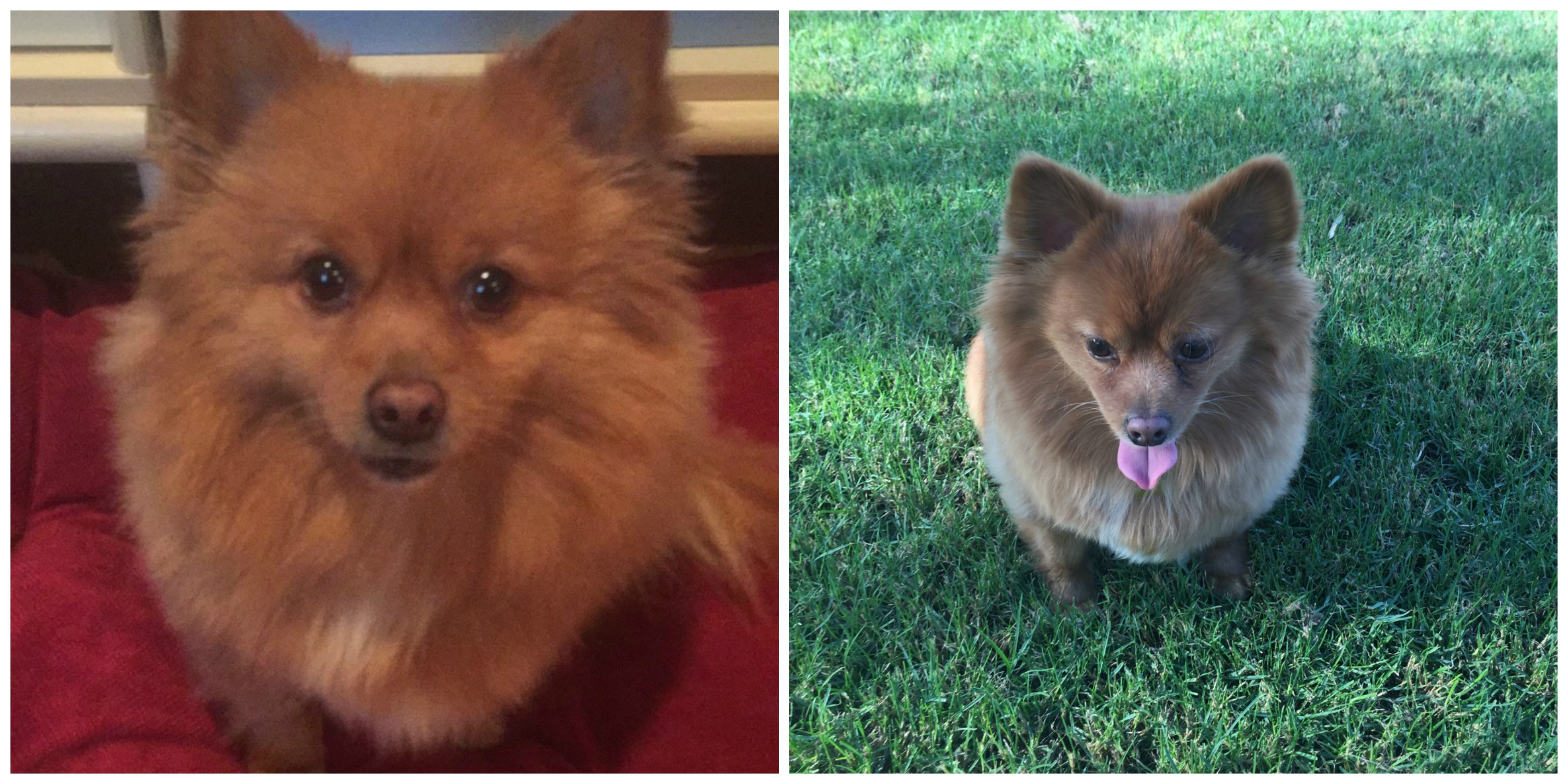 The rest is history! We went for a walk that evening and then to my forever home. My feline brothers were curious but peaceful towards me. It helps that I respect their space (I’m still a bit intimidated by them). It took us four seconds to know that’s where I belonged! My mom says I’m the perfect dog in every way. It took me a while to get over some fears I had (men, loud noises, cats), but my mom never gave up on me. 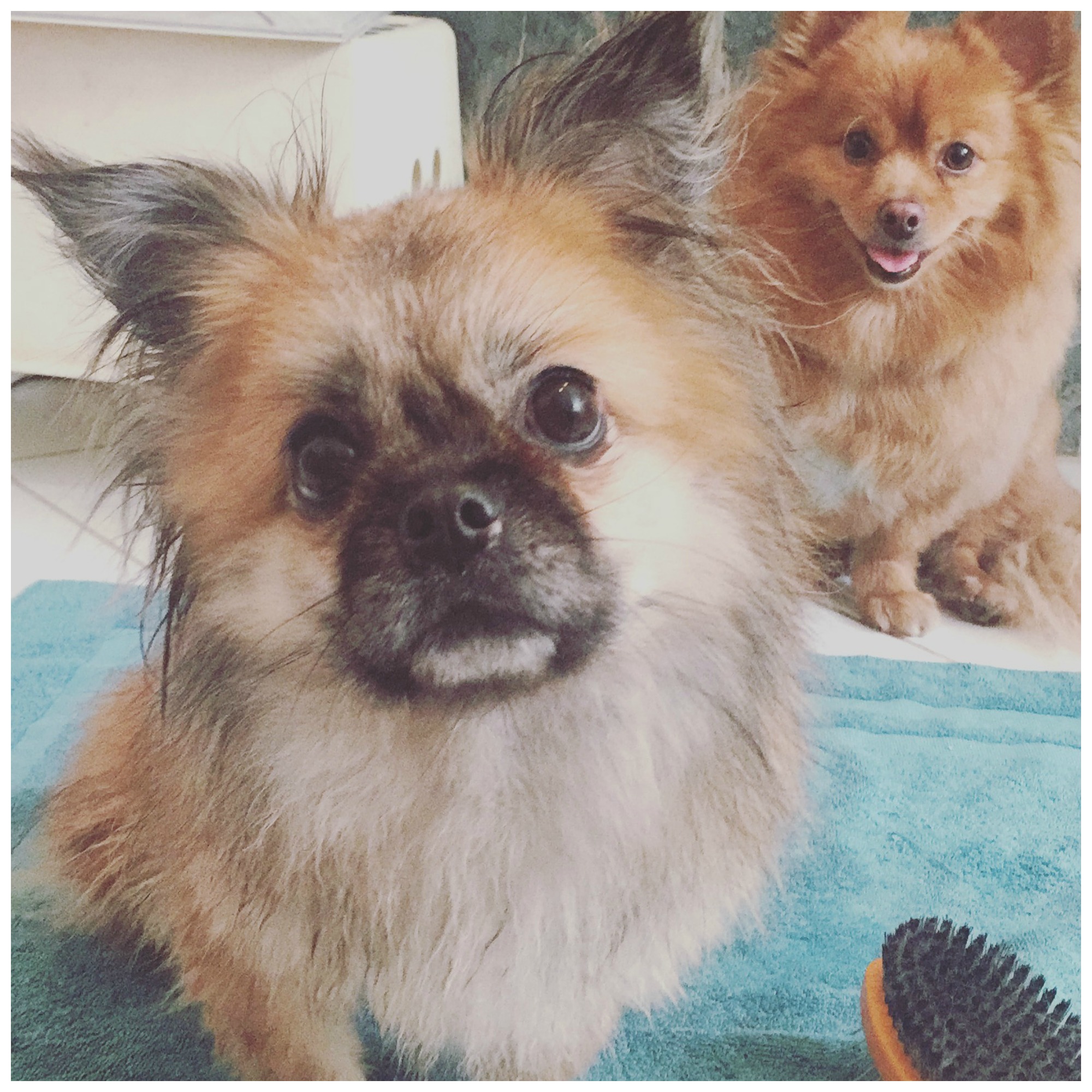 Now, it’s been a year and five months since I met my forever mom. To celebrate the one year anniversary of my adoption, my mom adopted my sister, Masha, from the same shelter! She’s older in age and smaller in size but quite the handful! We loved her the moment we met her. My mom is always encouraging people around her to adopt. She knows that the perfect furbaby is the one who chooses YOU, and vice versa. That’s what happened with my three brothers before me. Hence, I became known as Four. 🙂

And some more bubbles ???????? My sister Masha doesn’t like it any more than I do #resistthebubbles #dogsofinstgram #ilovemydog #adopt #rescuedog #bathtime

If there’s a bath, there will be bubbles ???? #bathtime #bubbles #bubblebath #ilovemydog #puppy #adopt #adoptdontshop #rescuedog

Don’t look far for happiness – you might miss it while it looks you right in the face ???? #happinessishere #lookinside #behappy #happypuppy #ilovemydog #ilovemydog #adopt #adoptdontshop #colorsoflife