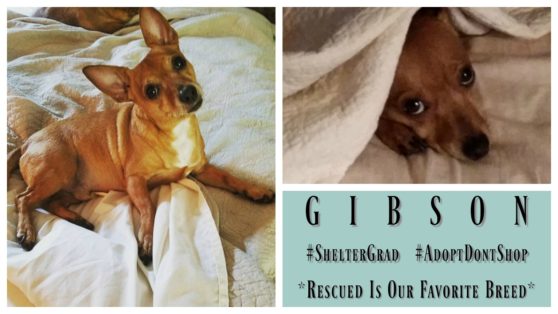 Meet Gibson (aka “Gibby”) – he is a Chiweenie who lives in Kansas with his forever family!

Gibson was born to a breeder and then sold on the Internet. The family that bought him didn’t know much about the breed and got frustrated when he had problems with housebreaking and his tendency to run. When he ran off one day, they didn’t bother to chase after him. He was picked up by Animal Services after being hit by a car, taken to a vet, and the family was contacted by his tags. They refused to pick him up and pay his vet bill. The vet surrendered him to a shelter, and on the eve of his last day before being put down, the shelter director called a local rescue begging someone to pick up this sweet guy! Thankfully, Lee McCartney of All About Paws Rescue pulled Gibson from the shelter. 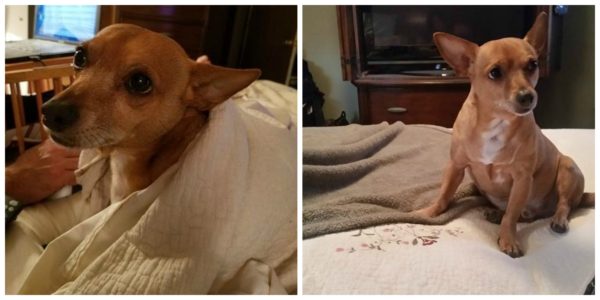 Gibson spent seven months living with Lee, John (her partner), and numerous other dogs. Lee and John fell in love with Gibson, and debated whether or not to adopt him out. They ended up advertising him on Craigslist where his forever family saw him. They immediately knew he was THEIR furbaby. 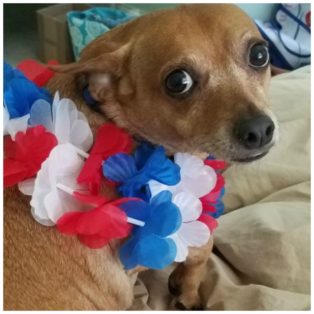 Gibby found his third and LAST home eight years ago. Gibson loves to snuggle, play, go for car rides, and just hang out with his fur-brother Rocky, a chihuahua pug rescue, and Bella the Border Collie. He still gets to see Lee and John, his rescuers, from time to time.