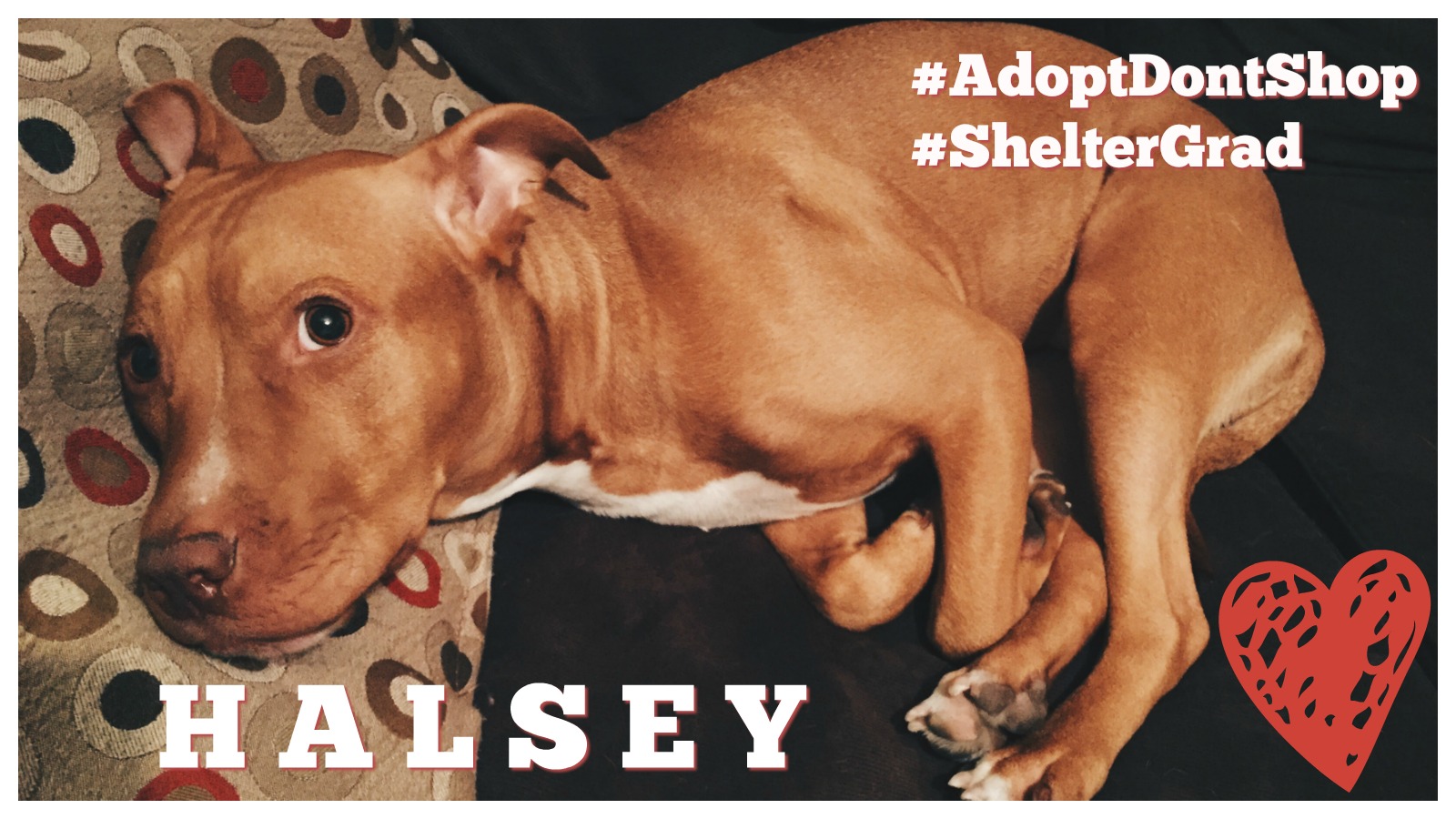 Halsey was adopted from Posh Pet Rescue in Long Island, NY, and had previously been at a kill shelter in Brooklyn. Tyler adopted her in November of 2015 when he had visited the rescue to look at three other dogs.  Halsey was outside with shelter staff members, who were taking pictures of her for their website. When Halsey came back in to the office, Tyler was sitting on the couch, and Halsey put her head in his lap. 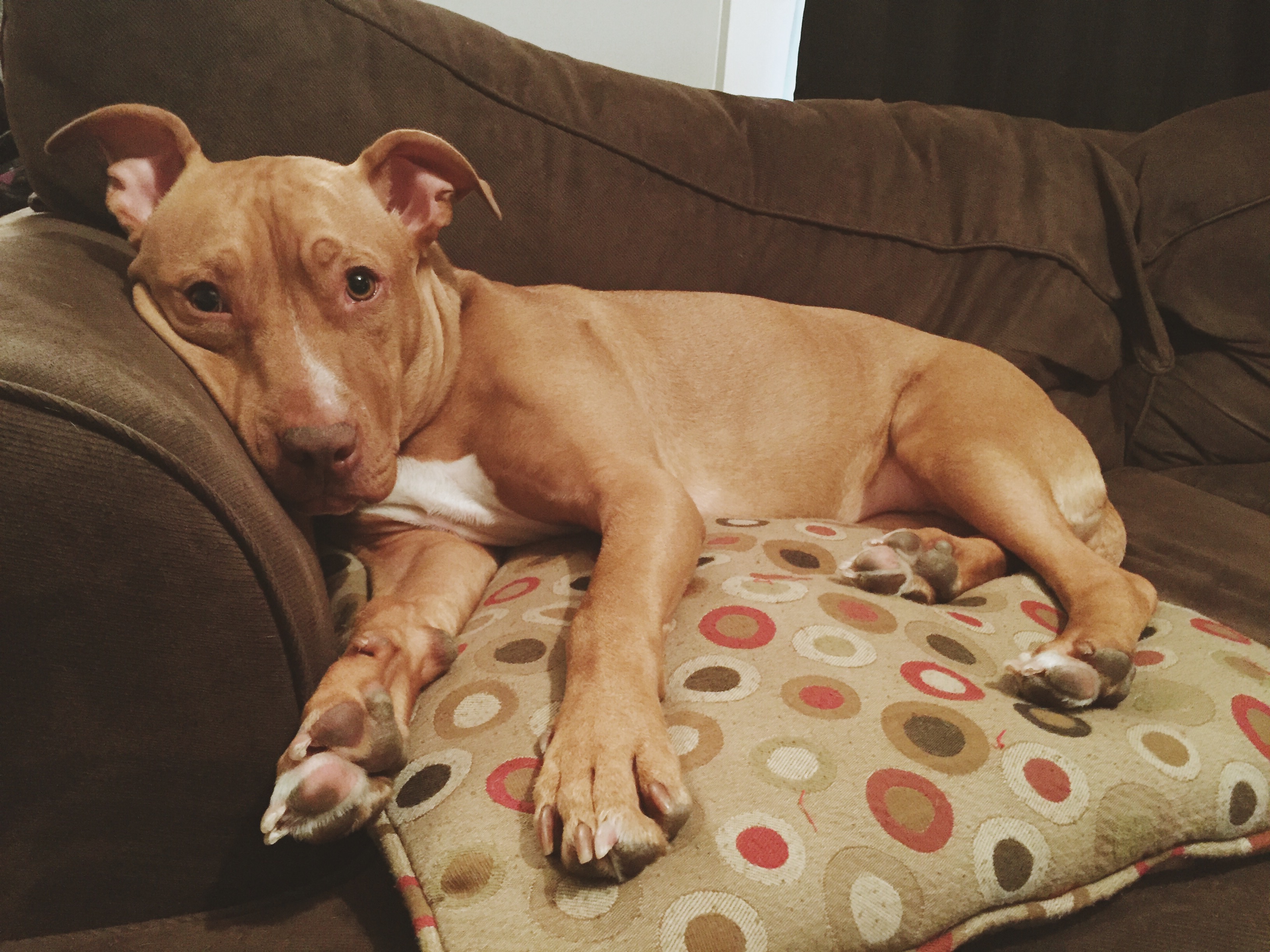 Tyler proceeded to visit with the other three dogs, who were all amazing, but he couldn’t shake the connection he had first made with Halsey! He asked if they could bring her outside again, and she sat in Tyler’s lap on the ground for 30 minutes straight, and he just KNEW. She has one of the most expressive faces and is extremely kind! She is now happy and loved in her forever home in Brooklyn, NY. 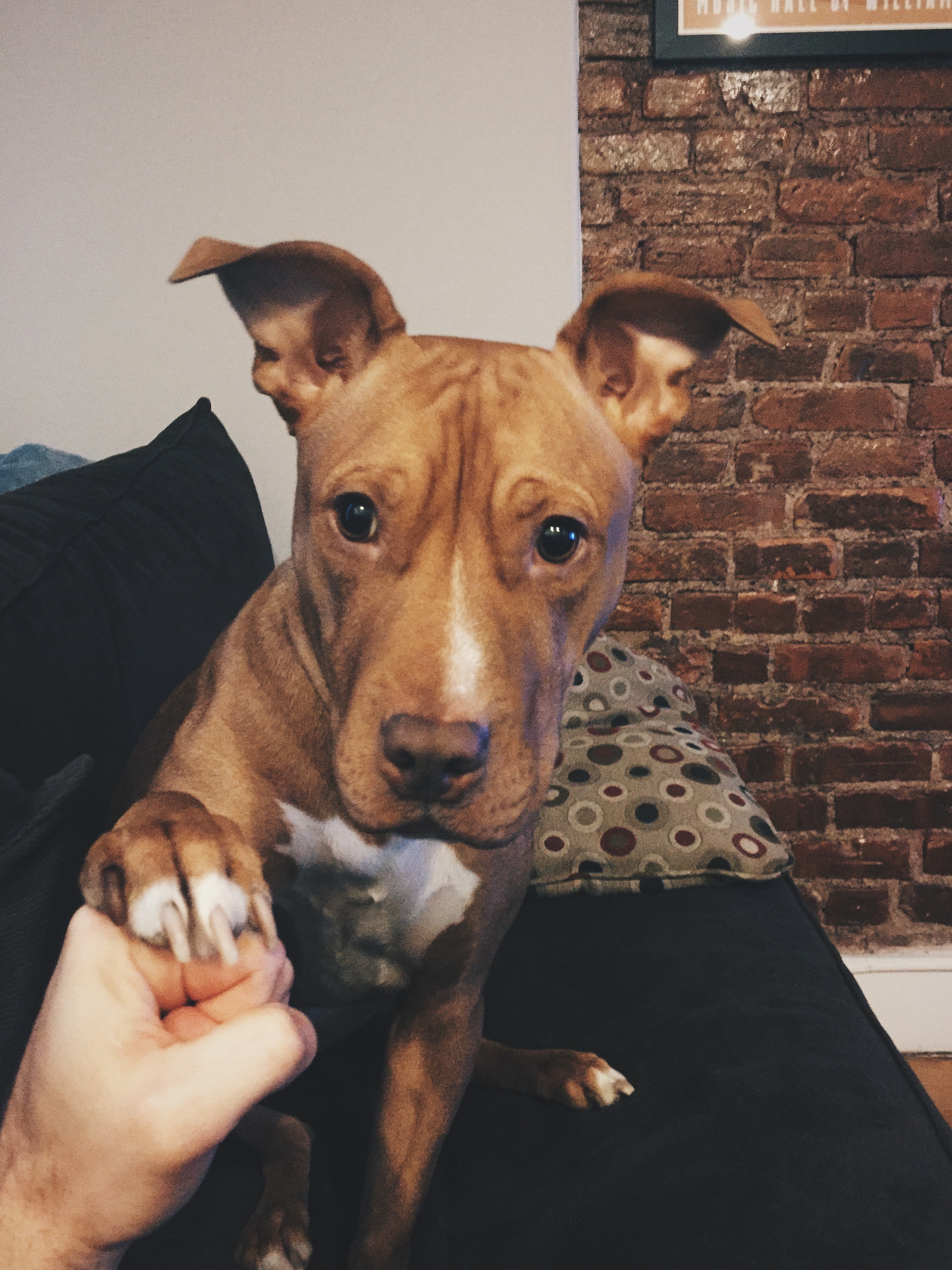 Working on my farmer’s tan

Shhhh, Homeward Bound is on.

Stick with me here, does this ball smell funny to you?

Does this face make my head look big?

I bet I could fetch this Kong over them mountains.

There’s something under the bed…

I’m getting really good at “sit”.

Honestly, I don’t know how this happened.

You don’t HAVE to go to work, right?

Time to wake up my roommates.