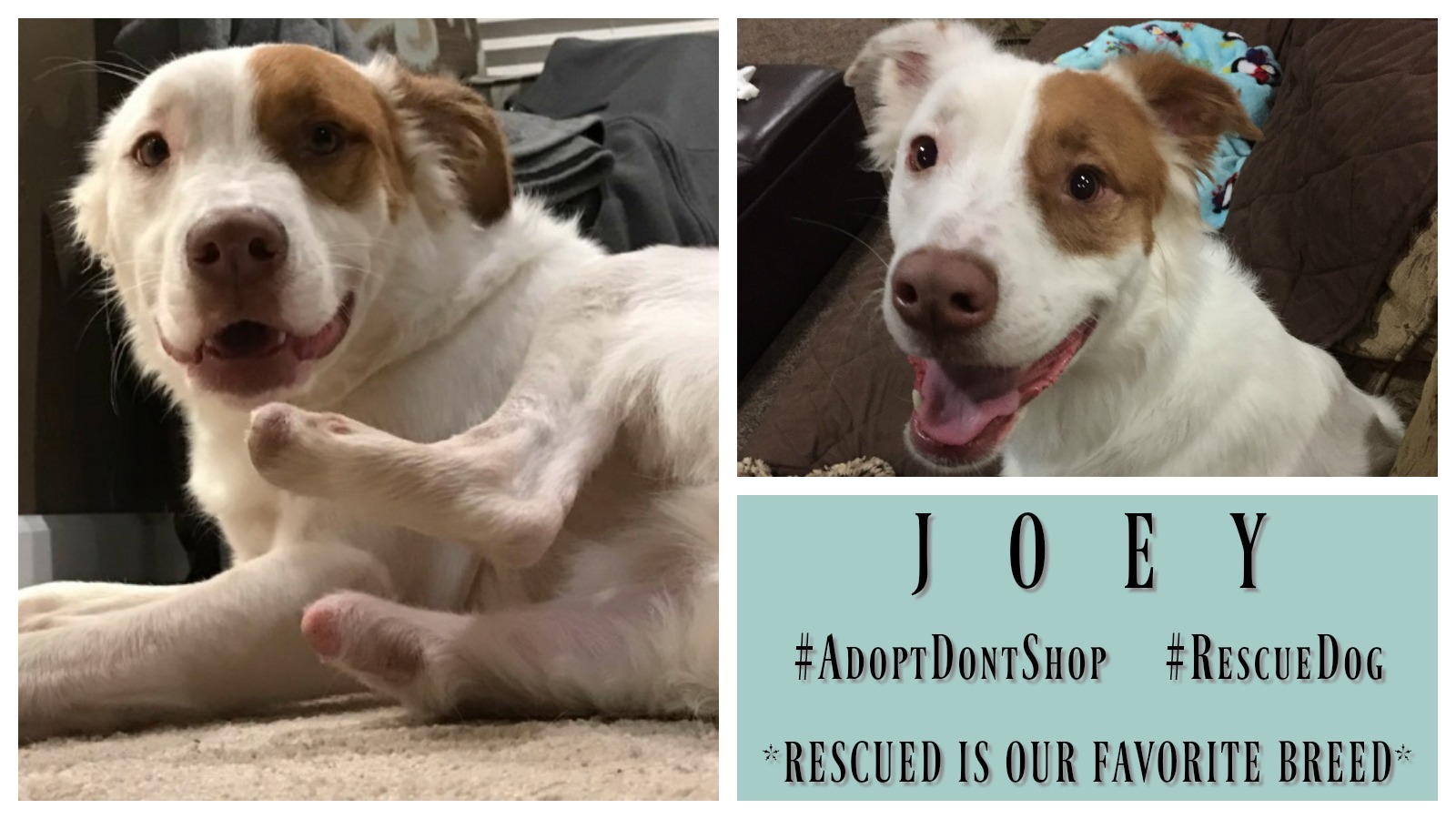 In 2015, Second Chance Rescue got a call about a six-week old puppy that was found on the side of the road, with his back legs severed. He was brought to Second Chance Rescue NYC, was fostered and lived at Camp SCR. Merrick Pet Care stepped up and took care of all his food, medical needs, physical therapy and prosthetic legs, and the company’s help toward his recovery has been invaluable. He has spent a lot of time in physical therapy at Water 4 Dogs and was given great care by Dr. Block and Dr. Infernuso. At Water 4 Dogs, Joey’s rehab included swimming, which is the perfect exercise for him. It allows the spine to be straight and that is not what Joey is used to.  He now LOVES to swim!

Joey’s forever parents, Tanya and Charlie, saw Baby Joey on Facebook in July 2016 and instantly fell in love! They applied to adopt him and had to wait three long months. Before he could go to his forever home, Joey had to have two surgeries on his shorter ‘nub’.  Finally, on October 22, 2016, Tanya and Charlie drove to NY and they got to bring Joey home to Butler, PA. 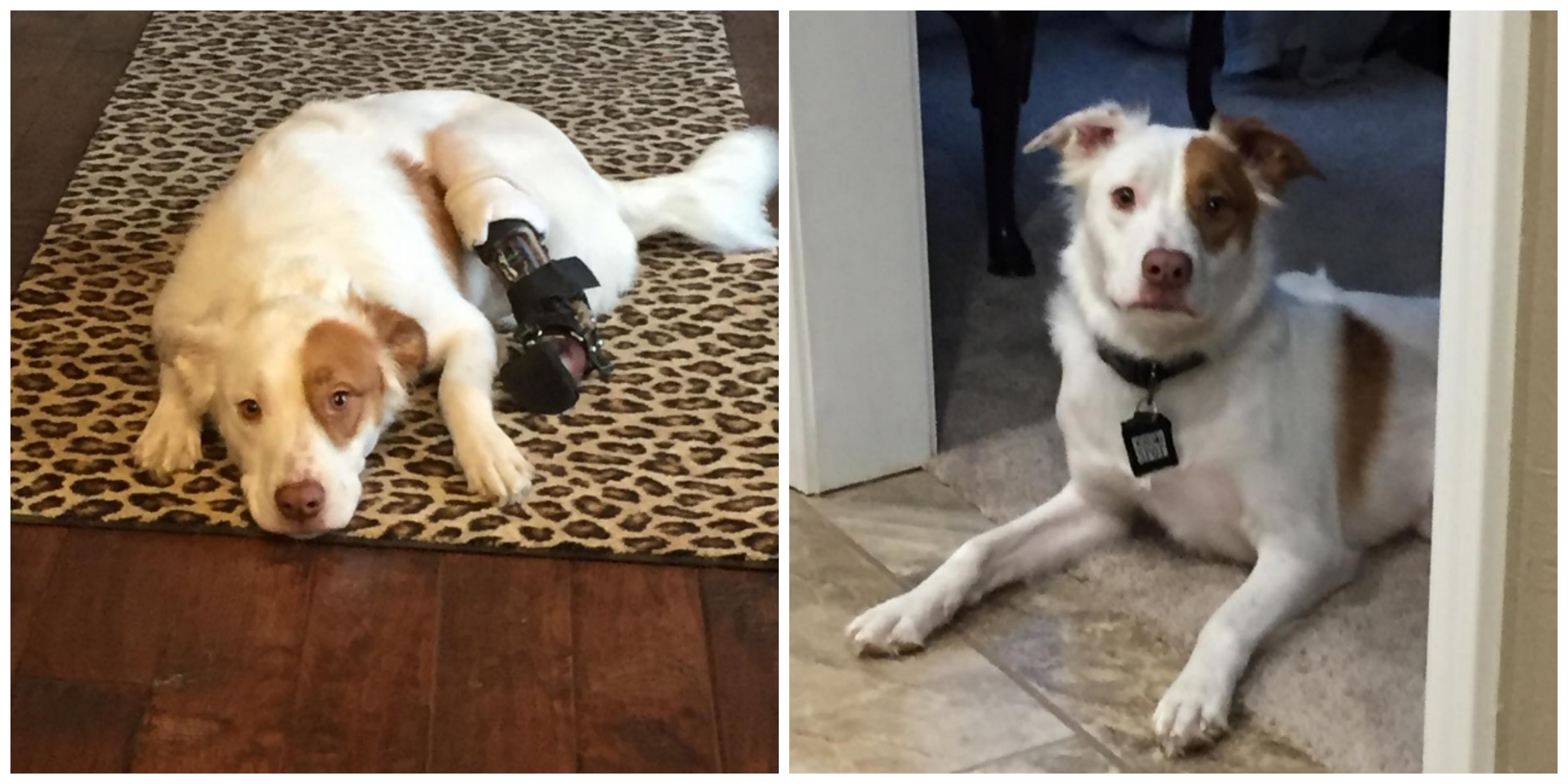 At the time, they already had four dogs: Roxie, Zoey, Temperance, and Kingston (who is blind). Joey fit in immediately, as if he had always lived there. His parents love to watch him run around and do ‘zoomies’ with Temperance and Kingston. He still goes to physical therapy two times a week at Twinbrook Animal Clinic where he swims and walks on an underwater treadmill. He also gets laser therapy with Laura and Dr. Callen there.

Joey wears his prosthetic most days. When the prosthetic is not on him, he is a totally different boy. He shuts down. It breaks Tanya and Charlie’s hearts when he struggles to walk on his two front legs. They have ordered him a cart for days when he has issues with the longer nub and when he has exhausted himself by playing too hard. Joey has another prosthetic for the other nub, but it is in the process of getting the kinks out of it, so soon, he will be able to have his two back legs and zoom as fast as he wants. 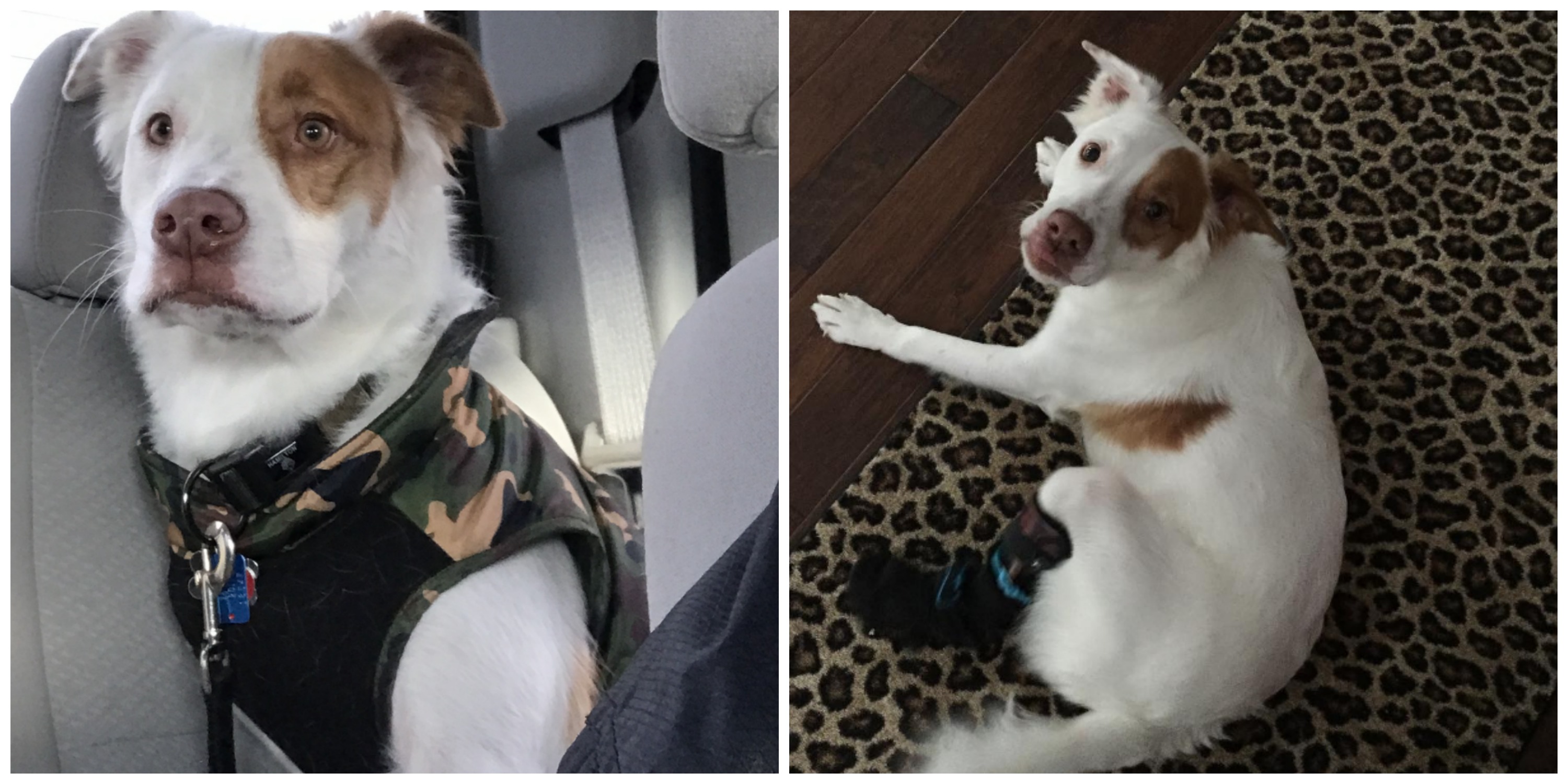 Joey loves to run and play with his squeaky ball or football. He loves to sneak up behind his blind brother and scare him, so he will drop the bone he has in his mouth and Joey can steal it. He loves peanut butter filled Kongs and is a total Momma’s boy! Joey is truly the happiest boy despite everything he had to endure. He smiles ALL the time! His forever parents are so very blessed to have him as a family member!

Finishing up PT today !!! Heading home to take a nap!!

Oh my they are making all of us get mani, pedi’s and BATHS …

Home from NY ! Do you think he’s pooped???? Gotta love sleeping with his ball❤️

Go to www.okidoggy.com and help support Second Chance Rescue with a purchase from there L.O.VE. COLLECTION. Make sure you choose 1 logo before you check out!! Thank you for all your help in saving more pups????

Monday morning ! I think it’s a day to just get comphy and sleep !!!