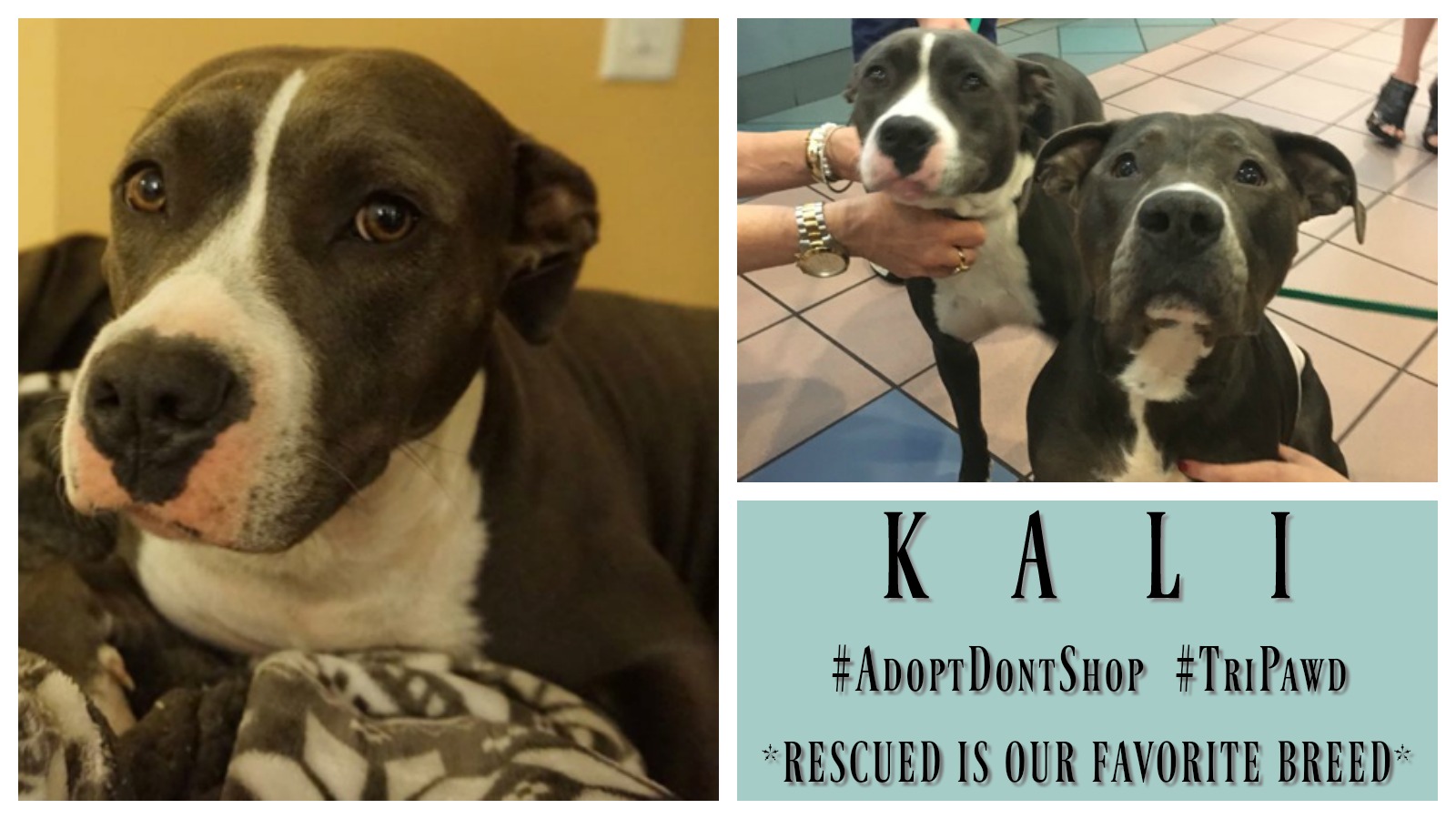 On Wednesday, November 4, 2015, Kali was hit by a car in Miami, FL. Still trying to cross the road and already injured from the first hit, she was struck by oncoming traffic for a second time. In an attempt to save her life, Kali was taken to Town & Country Animal Hospital, where she was immediately evaluated. 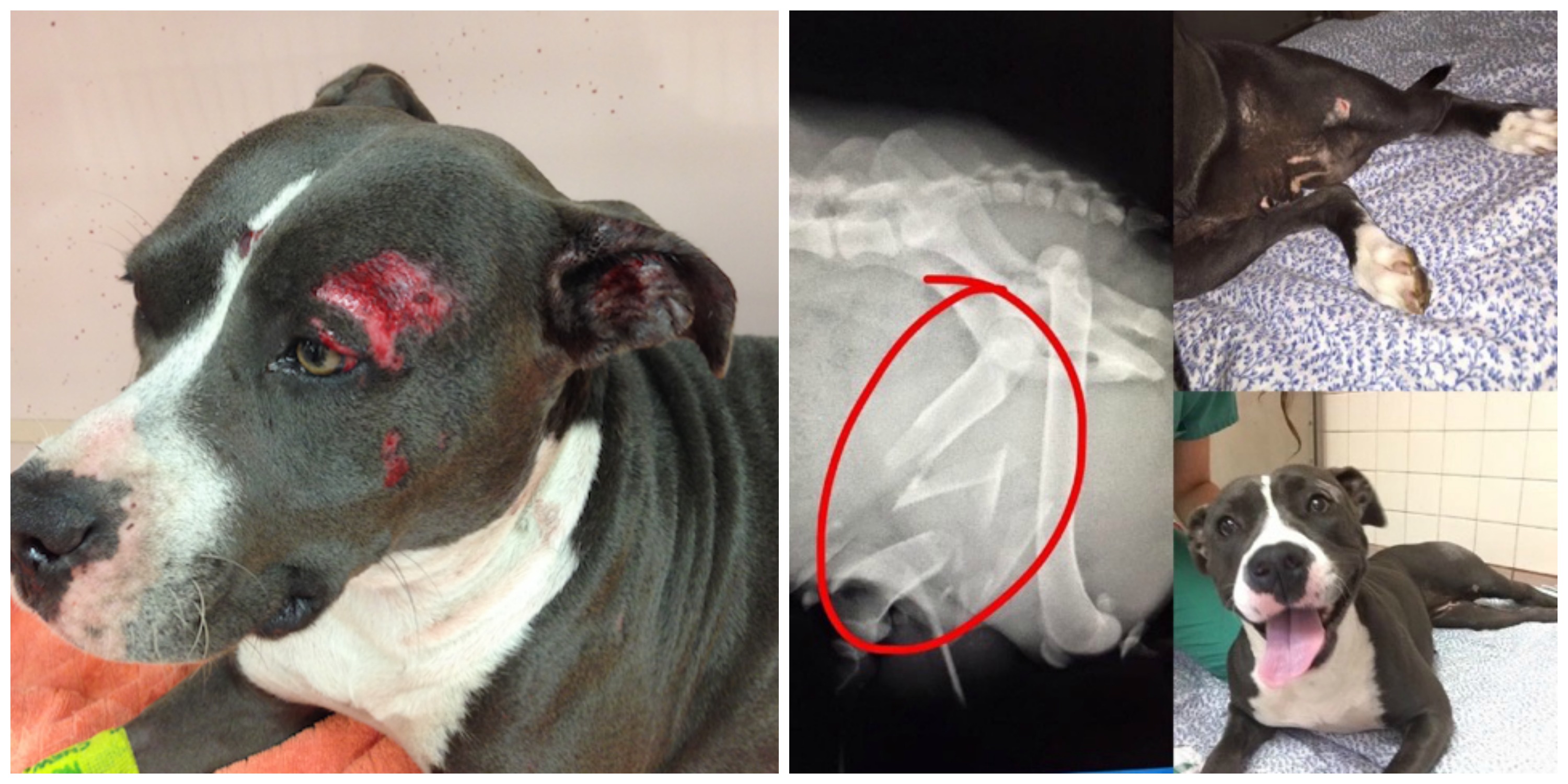 From the initial examination, it was apparent that Kali was suffering from severe injuries to her back leg, as well as head trauma. Despite being in excruciating pain, she remained calm and welcoming of help and assistance. After multiple x-rays were taken, it was confirmed that her femur had been shattered, and she was suffering from horrible internal bleeding. Her injuries were so severe that the decision had been made to put her down. However, the techs and vets at Town and Country Animal Hospital realized what a sweet pup Kali was and knew that she needed to be saved. They started a GoFundMe page and called in a specialist to try to save her shattered leg.

Kali’s story can’t be told without mentioning Sadie. Sadie was Samuel and Florencia’s two and a half year old Pit Bull that they adopted as a puppy. She was the best dog they have ever had but sadly, she suddenly and unexpectedly went into liver failure. Her condition quickly worsened and she was hospitalized for several days. One day, while Florencia was dropping Sadie off at the hospital (Town & Country Animal Hospital), staff members told her about Kali.

Florencia went to meet Kali and Kali would not stop staring into her eyes and wagging her tail. She did all this even though she was in so much pain. Samuel and Florencia were hesitant to bring Kali home because of Sadie’s health issues.

On December 9th, 2015, Samuel and Florencia had to make the tough decision of putting Sadie down. They instantly knew that they would take Kali home the same day. That day, they arrived at the vet’s office, introduced Sadie and Kali and took pictures of the two of them together. Sadie was immediately drawn to Kali and they enjoyed what little time they spent together. Although Sadie is now her forever family’s little angel in heaven, they are so glad that they were able to help Kali. 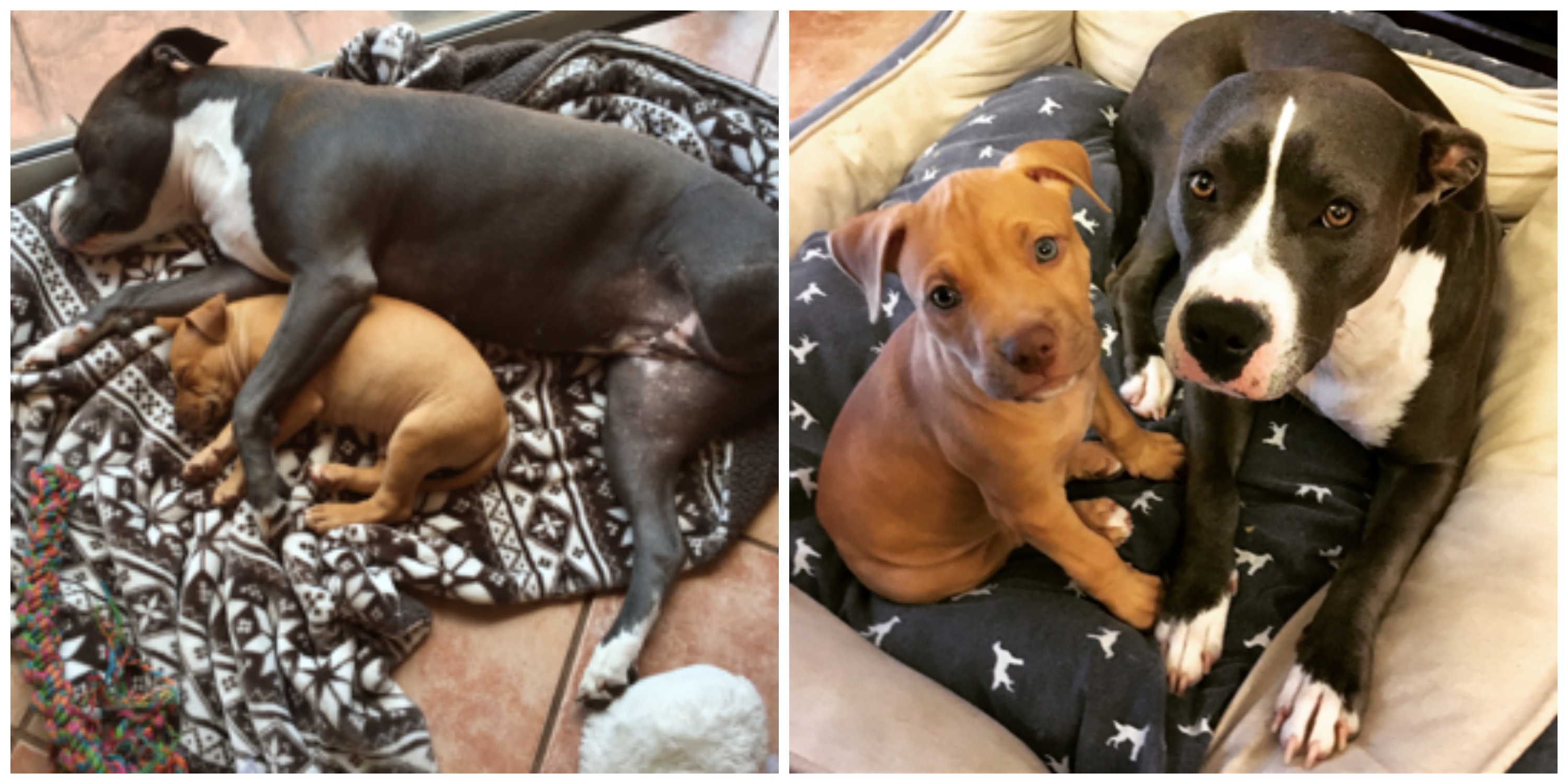 Although Samuel and Florenica “rescued” Kali, they can now truly say that she saved them. They were so lost when they suddenly lost their baby girl and Kali brought joy back into their lives. Kali eventually had to have her leg amputated and she is the happiest little ‘tripawd’ there is! She doesn’t let anything slow her down and loves playing with her little brother, Simba!

4 legs is just over kill, I fetch with 3. (And by fetch I mean take the ball and run away from everyone for 20 minutes) #RulesDontApplyToMe

Get out of my face Daddddddd

A croc a day keeps the vet away….

Can I help you?

“Make sure you get my good side.”

On Sundays we frisbee

My pawrents are so annnnnoying