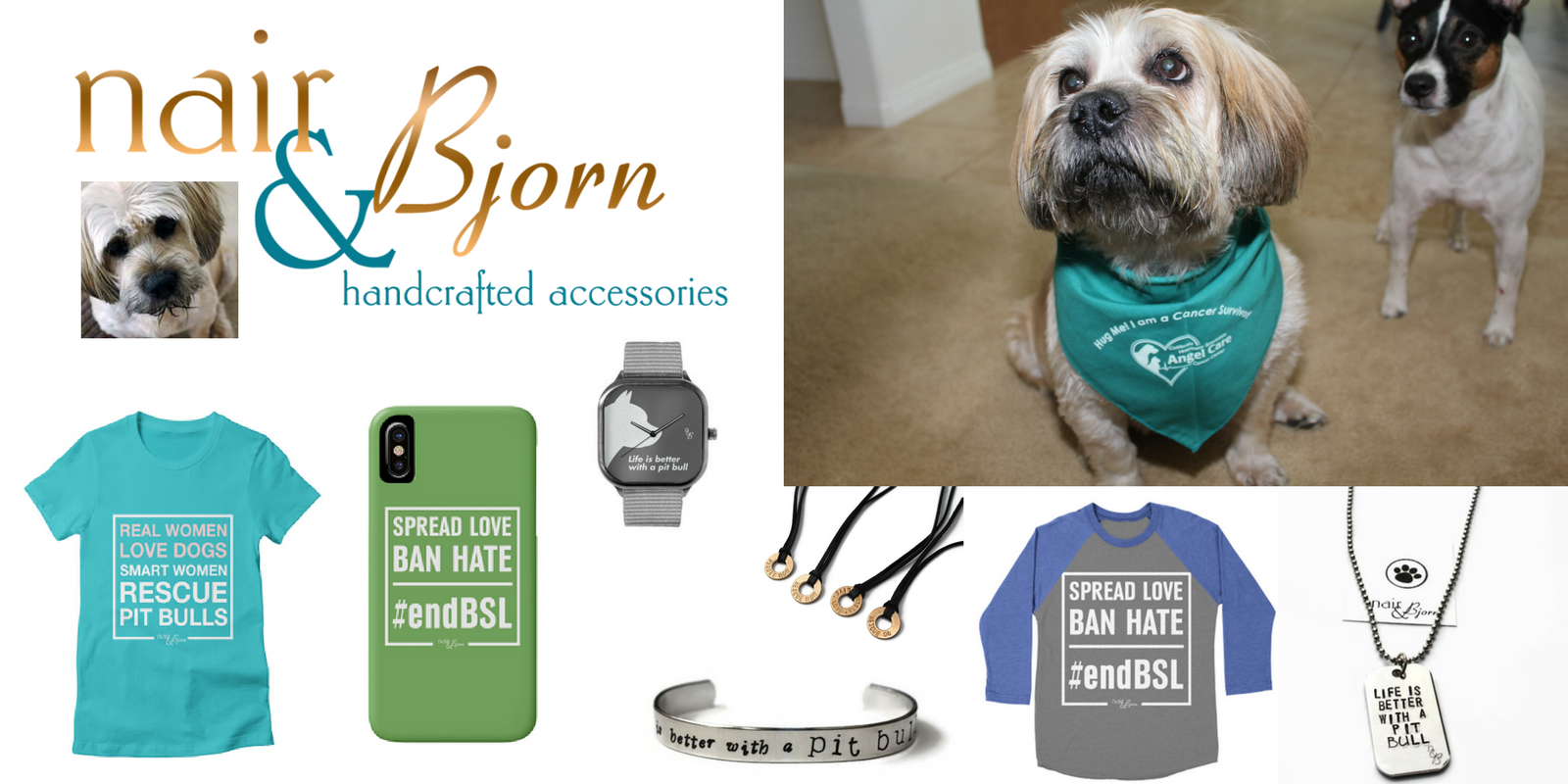 When animal-lover and designer Kimberly Spector rescued her dog Mowgli from the street, she never dreamed it would lead her to saving other animals and gifting celebrities at Hollywood’s most prominent awards gift lounges. 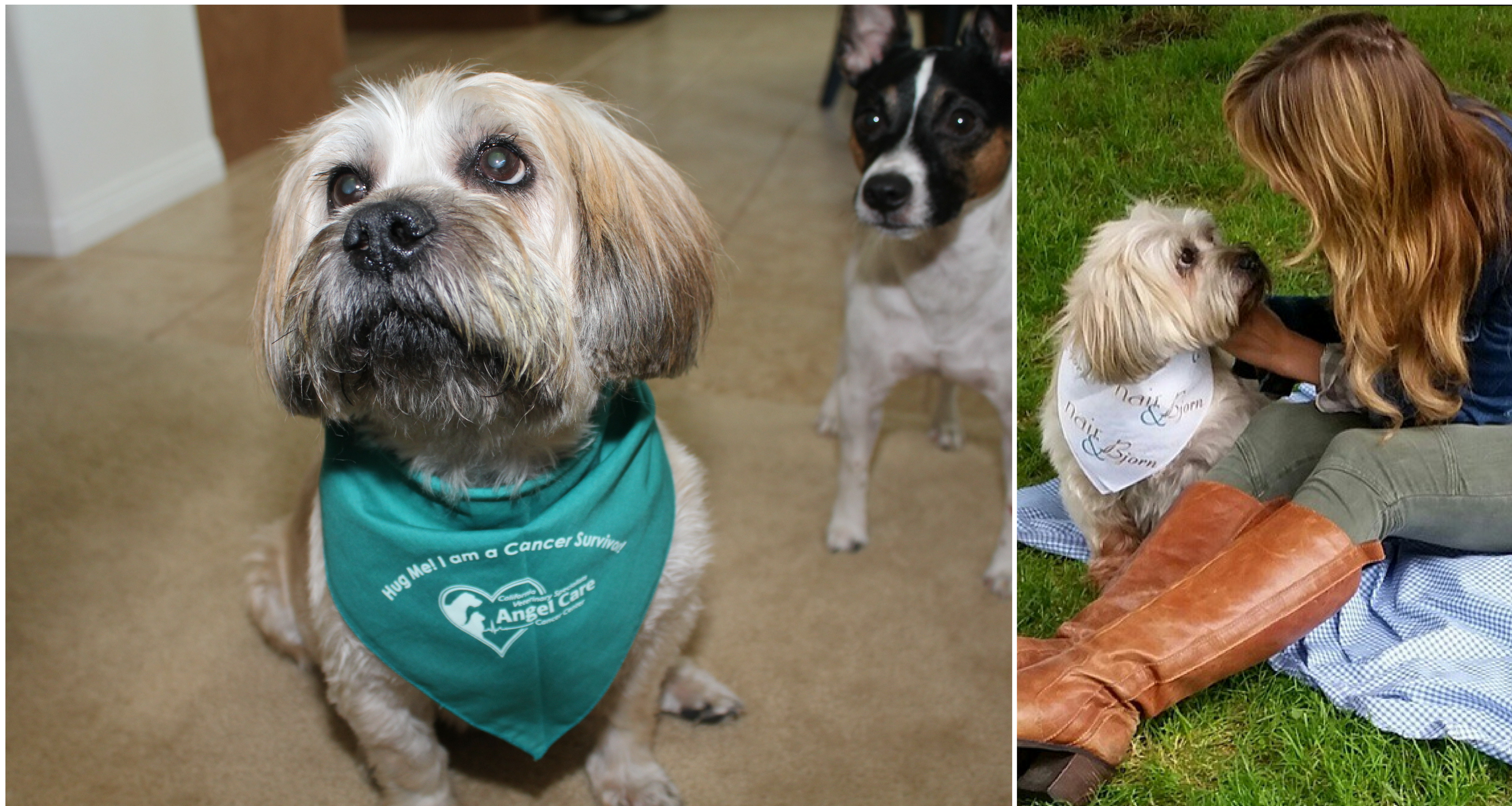 Kim finds herself influenced by the sumptuousness of Indian apparel and accessories, using Swarovski crystals in many of her pieces, meticulously applying them by hand for an effect that is both opulent and unexpected. 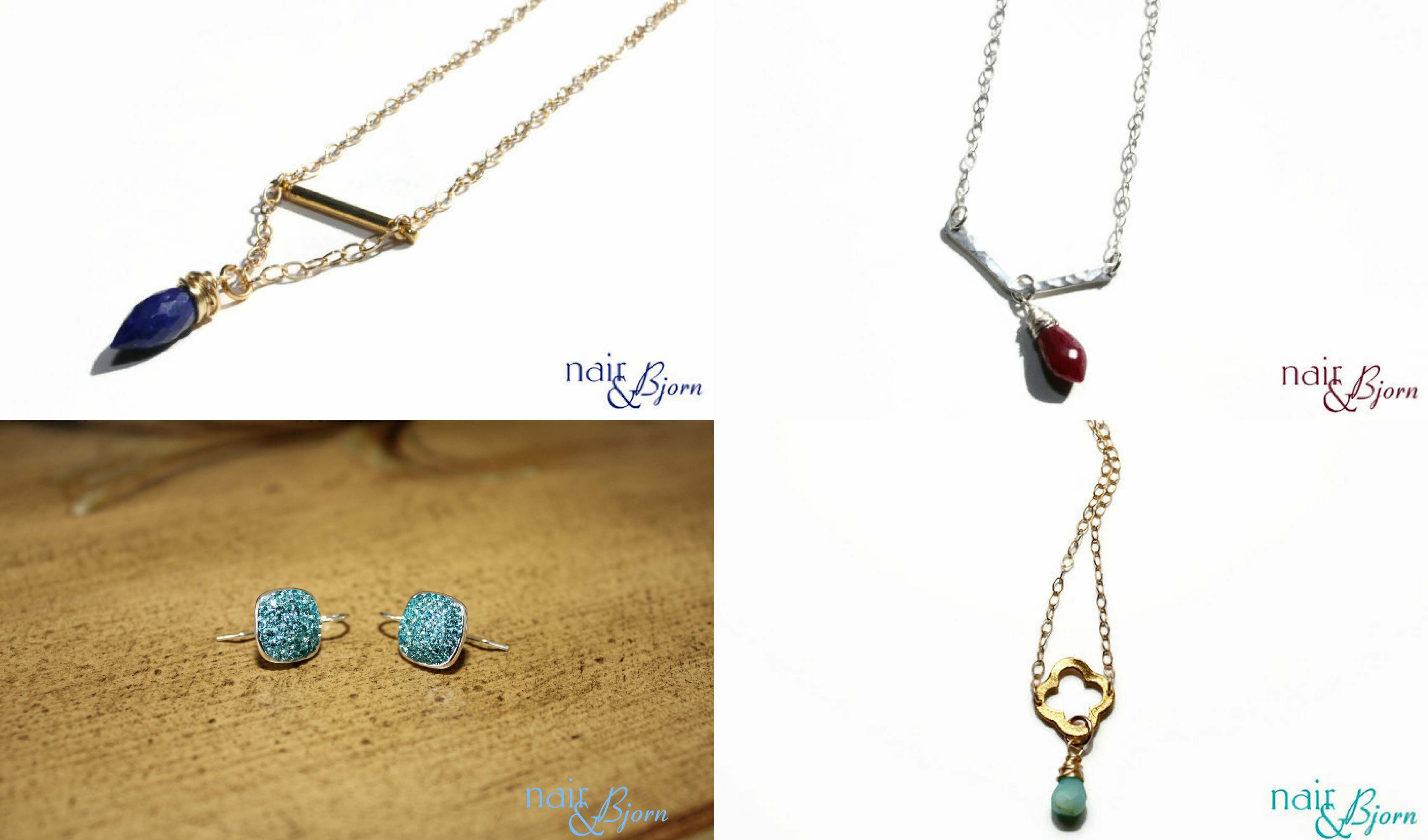 The Nair & Bjorn RescueWear line, on the other hand, is trendy and vegan. Featuring stamped inspirational phrases relating to pet rescue and animal advocacy and adoption, the RescueWear line is favorite among animal lovers, and a testament to the unconditional love that only an animal can give. 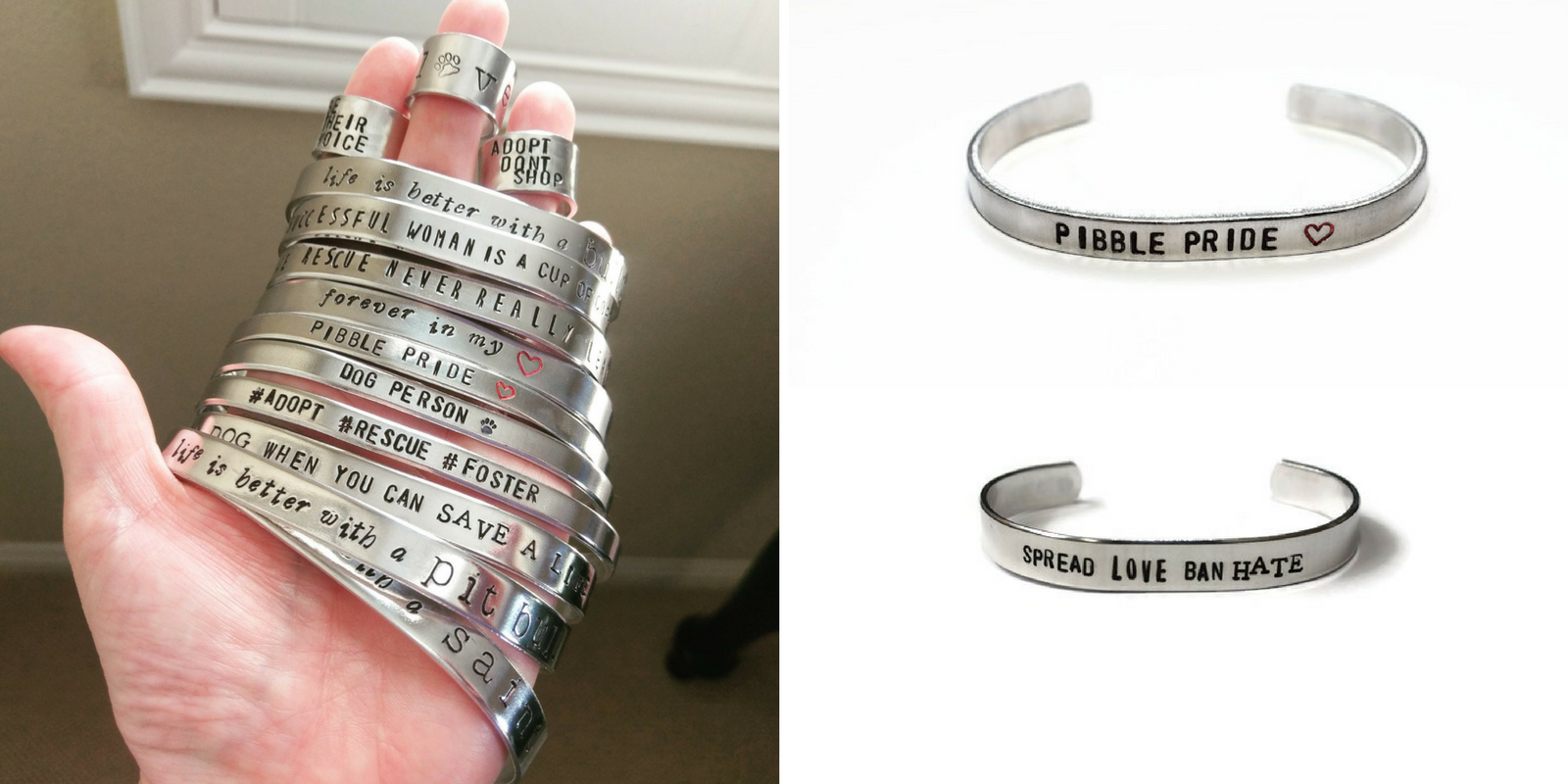 Giving Back to Animal Rescue

What began as an outlet to be creative, one of Spector’s passions has also helped to give back to one of her other passions––helping rescue animals. She is extremely devoted to this cause, helping rescue animals “one accessory at a time” by donating 20% of sales to no-kill shelters and animal charities. 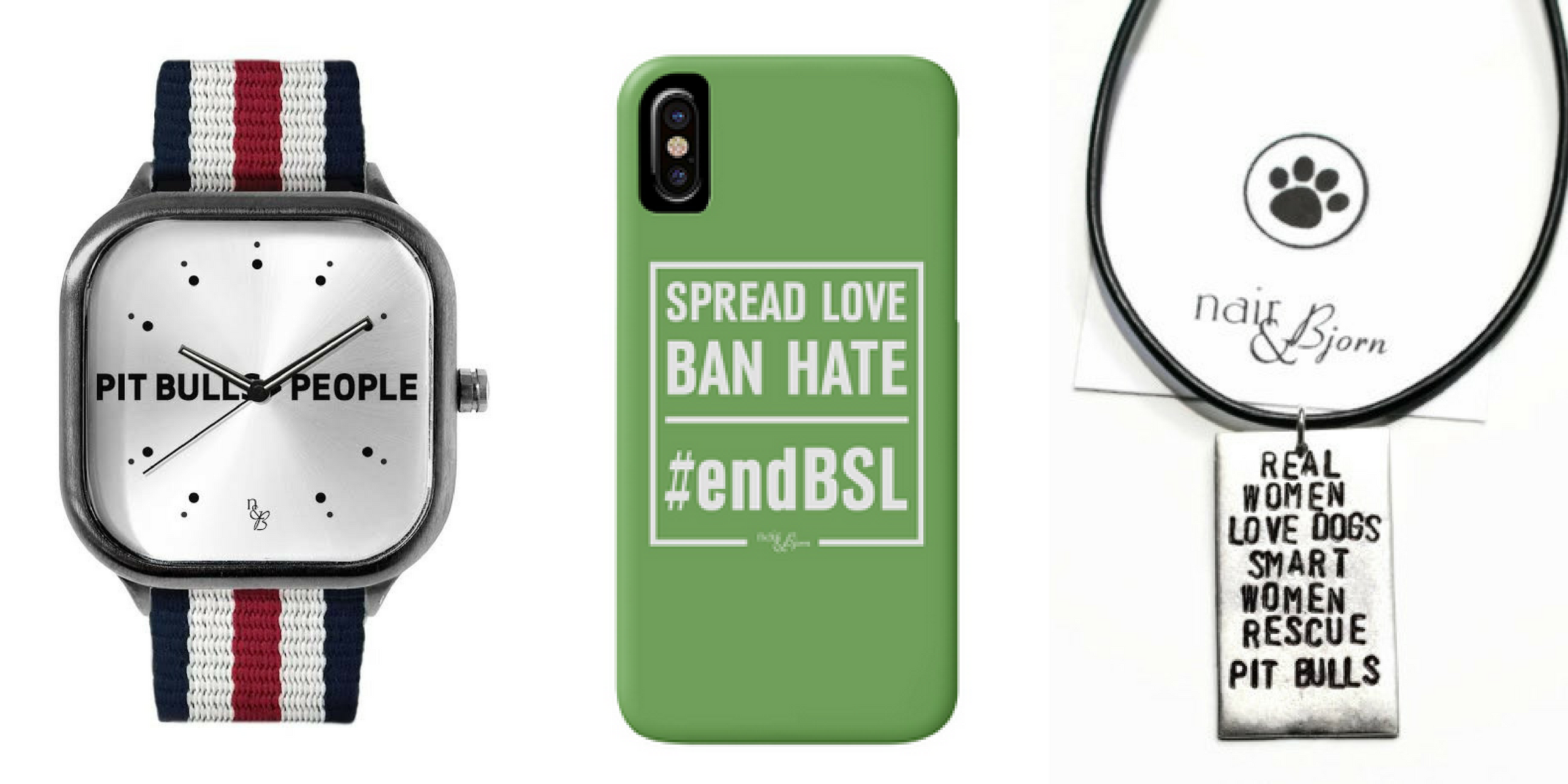 Fueled by her passion to help rescue animals and support “Adopt Don’t Shop,” Spector donates to several no-kill rescues and has created a complete line called RescueWear which includes creative designs that highlight the love of different breeds and promotes animal adoption and awareness. 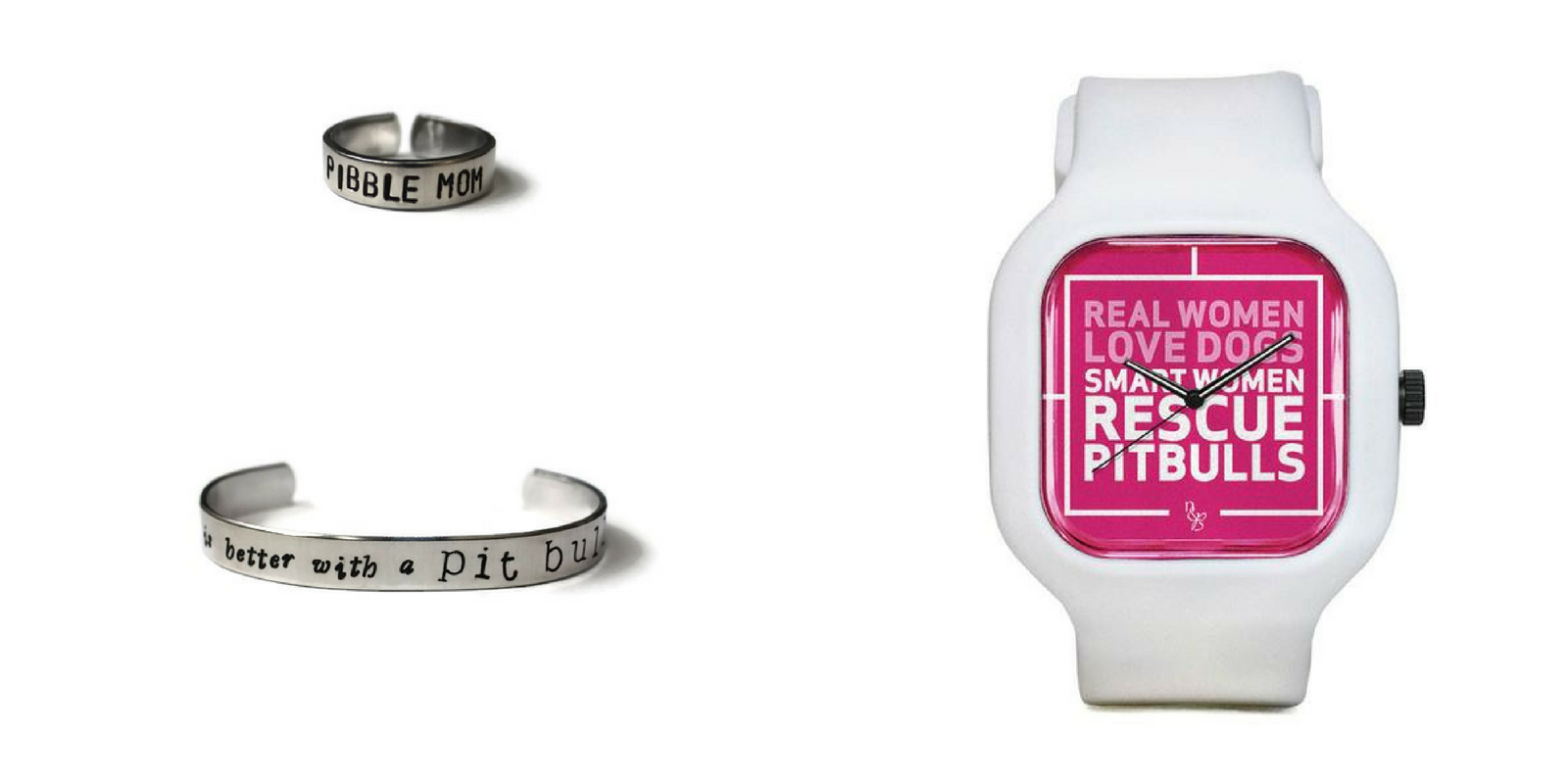 They also have several Pit Bull themed items that spread a positive message about the breed.  Some of these designs include Life is Better With a Pit Bull Bracelet, Necklace and watch, Real Women Love Dogs, Smart Women Rescue Pit Bulls Necklace, Watch and Tees/Apparel, Pibble Mom Ring, Pibble Pride Bracelet, Spread Love Ban Hate #endBSL Bracelet, Tees and Apparel, and Pit Bulls > People Bracelet and Watch. In celebration of Pit Bull Awareness Month, the Pit Bull designs above are 10-12% off through October!

We absolutely love customer posts with our designs! 😍 Thank you to rescuer and customer @sbkeli for this awesome photo with our RescueWear necklace. Repost from @sbkeli. Obsessed with my new @nairandbjorn necklace 😭😍 thank you so much!!! It’s absolutely beautiful!!! -#ilovemynandb For beautiful handmade jewelry please visit @nairandbjorn a portion of their proceeds always go directly to no kill shelters and rescues 😭❤️ #handmadejewelry #rescue #foster #adoptdontshop

Our NEWest Design Smart Women Rescue Pit Bulls is now available. 🙌 SAVE 10%-12% on both of our Pit Bull themed Tee & Apparel Designs thru October for Pit Bull Awareness Month. 🐶🐾❤

Do your dogs do this amazing thing? 🐶💙🐶 @jolie_and_jaeda definitely do. Thank you to their Mom for this cute pic all the way from the 💕 Netherlands. If you post photos of your N&B Apparel, tag us and use #ilovemynandb, you will receive a 15% off discount code to use on any of our handmade designs. 20% of all our orders this month is being donated to our rescue partners @angelpawsanimalrescue and @sunny_saints.

If you’re a Pibble Mom, we have the perfect accessory for you, our ring. 🐶💞🐶 Let everyone know you are a proud Pit Bull Mom and celebrate the amazingness of this awesome breed everyday. One of our favorite pibbles is @malibusmama. She is the perfect ambassador for #pitbullawarenessmonth. We donate $4.80 of every purchase to our rescue partner of the month. Oh, and happy #tot👅 too! Photo 📷 by @malibusmama.

Thank you to one of the awesome volunteers from @ghettorescue, @tizzlizz for supporting senior rescue with our Tee. 💙👕💙 Photo 📷 by @tizzlizz.

Yesterday, @vanderpumpdogs held a low cost spay/neuter clinic along with @teamspay4la. The perfect day to wear our This World 🐶🌎🐾 Tee. Thank you to Sarah, for all you and #vanderpumpdogs do to help rescue animals and for spreading the message with our 👕 shirt. Swipe left 👉 to see both photos. Photos 📷 by @vanderpumpdogs.

Starting the week with a pack walk. 🐶🐾🐶 Thank you to @kellimook for helping to spread our message with our This World 🌎 Tee, spay & neuter your pets! 20% of every purchase of our shirts is donated this month to @havaheart_rescue and @houndsandheroes.

It’s the last day for @lexy_the_elderbull’s fabulous Swim Beyond Misconceptions Fundraiser. 🐶🐾🦈 Purchase any of these designs and 20% of each purchase will be donated to @ghettorescue and @sharkeducation. Today is the last day to help Fort Wayne Pit bull Coalition with every purchase too. Tomorrow we will have 2 new rescue partners.

Life is better with a Pit Bull! ❤🐶❤ It’s Pit Bull Awareness month and we have several designs that spread the word and positive message of pibble pride. Thank you @hanknhana for this awesome photo 📷 of our bracelet. 💙 It’s available on our site. All our donations this month are going to @angelpawsanimalrescue and @sunny_saints. 🐾