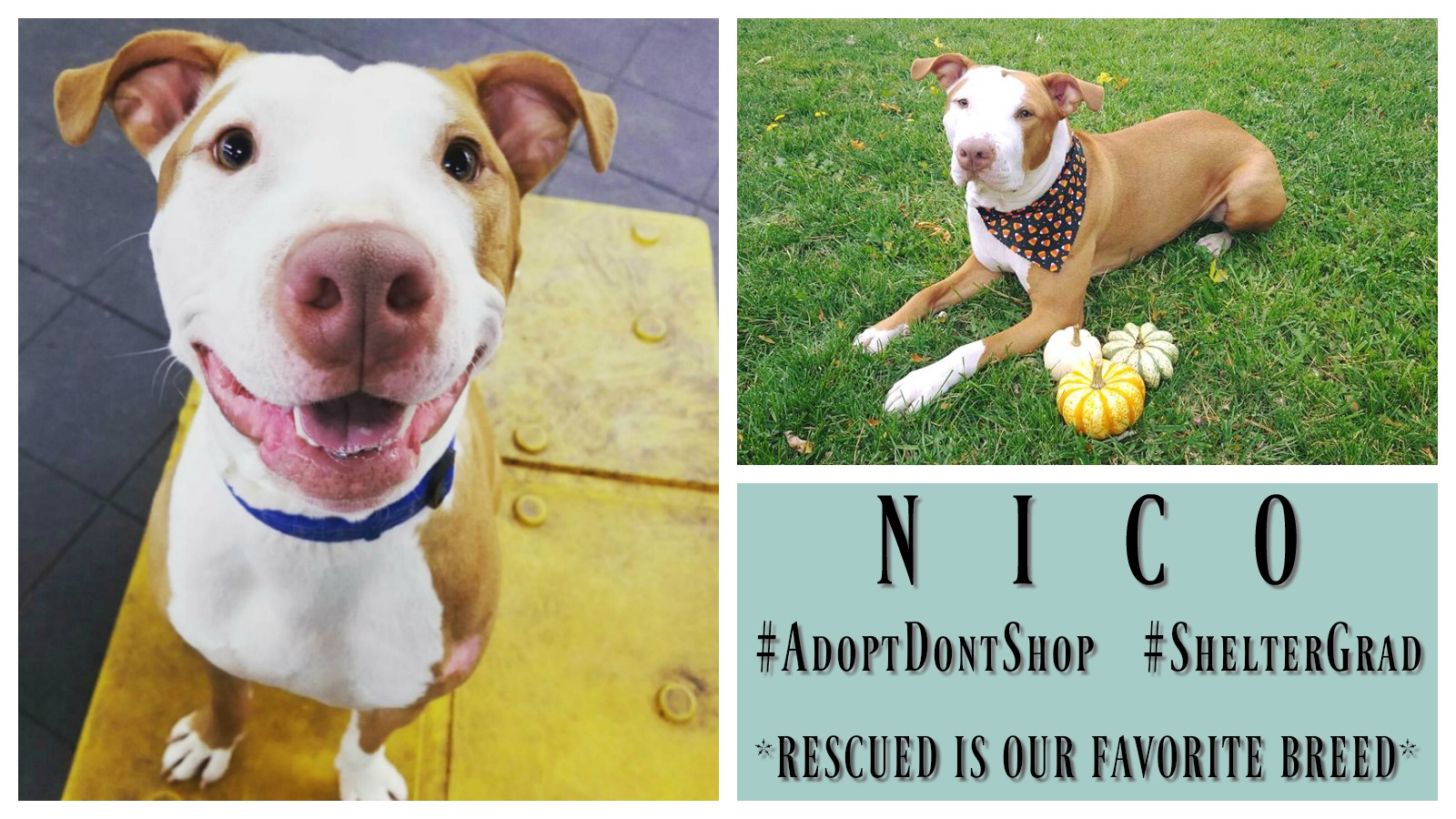 This handsome fella is Nico. He was known as ‘Max’ while he was sitting in a high kill shelter in NYC. Just over a year ago, Nico’s forever mom made the decision to leave her seven year long relationship and start looking for a new path in life. Around the same time, a local rescue had reached out to her about fostering. They were pulling a one year old Pit Bull mix from a shelter in Brooklyn. He only had two days left to live. 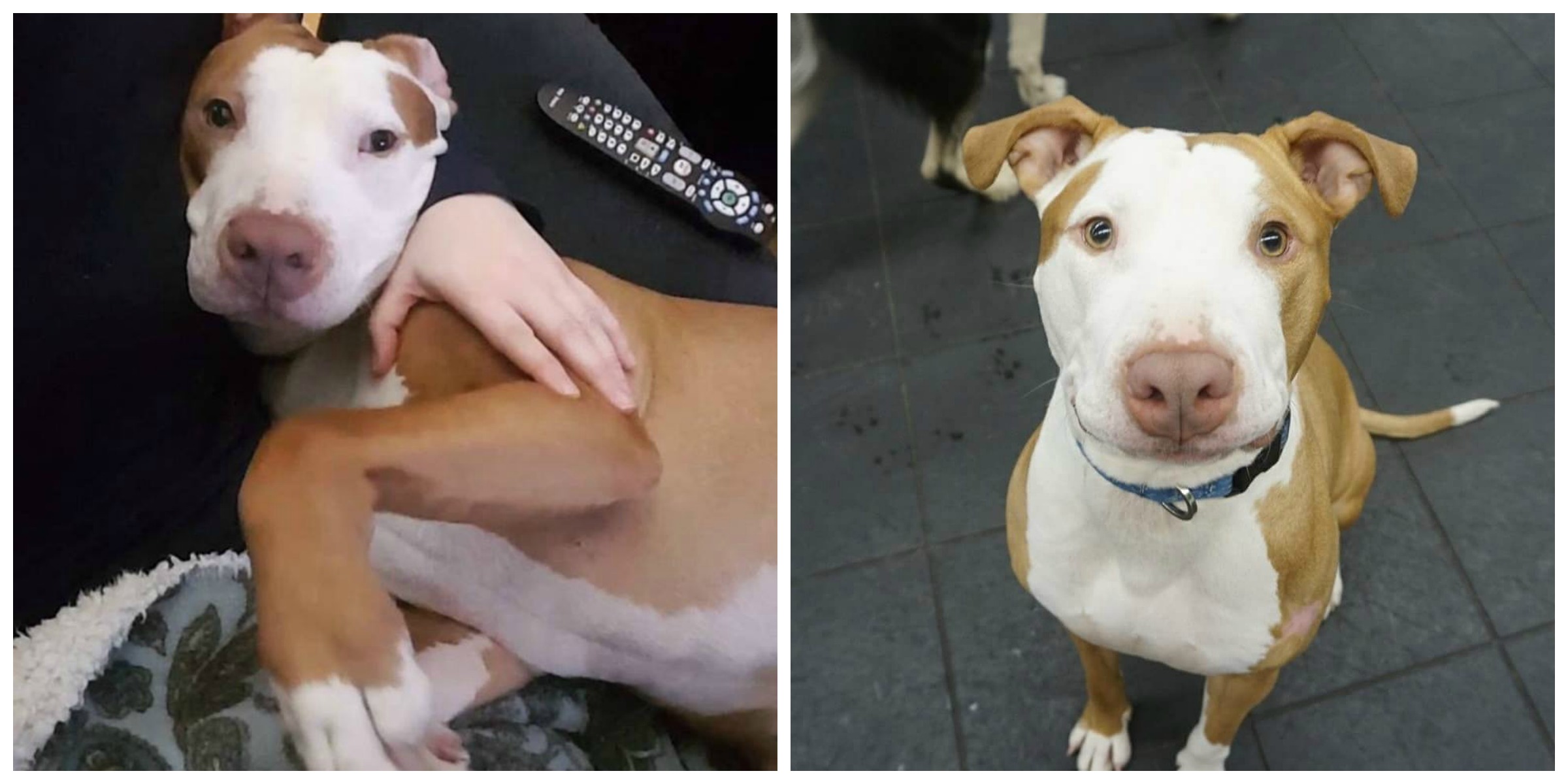 It was at noon on a Saturday that he was scheduled to be put down. Diamonds in the Ruff NY had made arrangements to pull him and save his life but he needed a foster home! Nico’s mom agreed to take him in. Volunteers made the eight hour drive to bring him to her. They had a crate, toys, treats and everything ready; Nico’s mom was nervous, scared, excited, and anxious for him to arrive.

From the moment he jumped out of the car into his mom’s driveway, he was the sweetest pup you could ever meet! It did not take very long for her to know that they needed each other for their fresh starts in life! 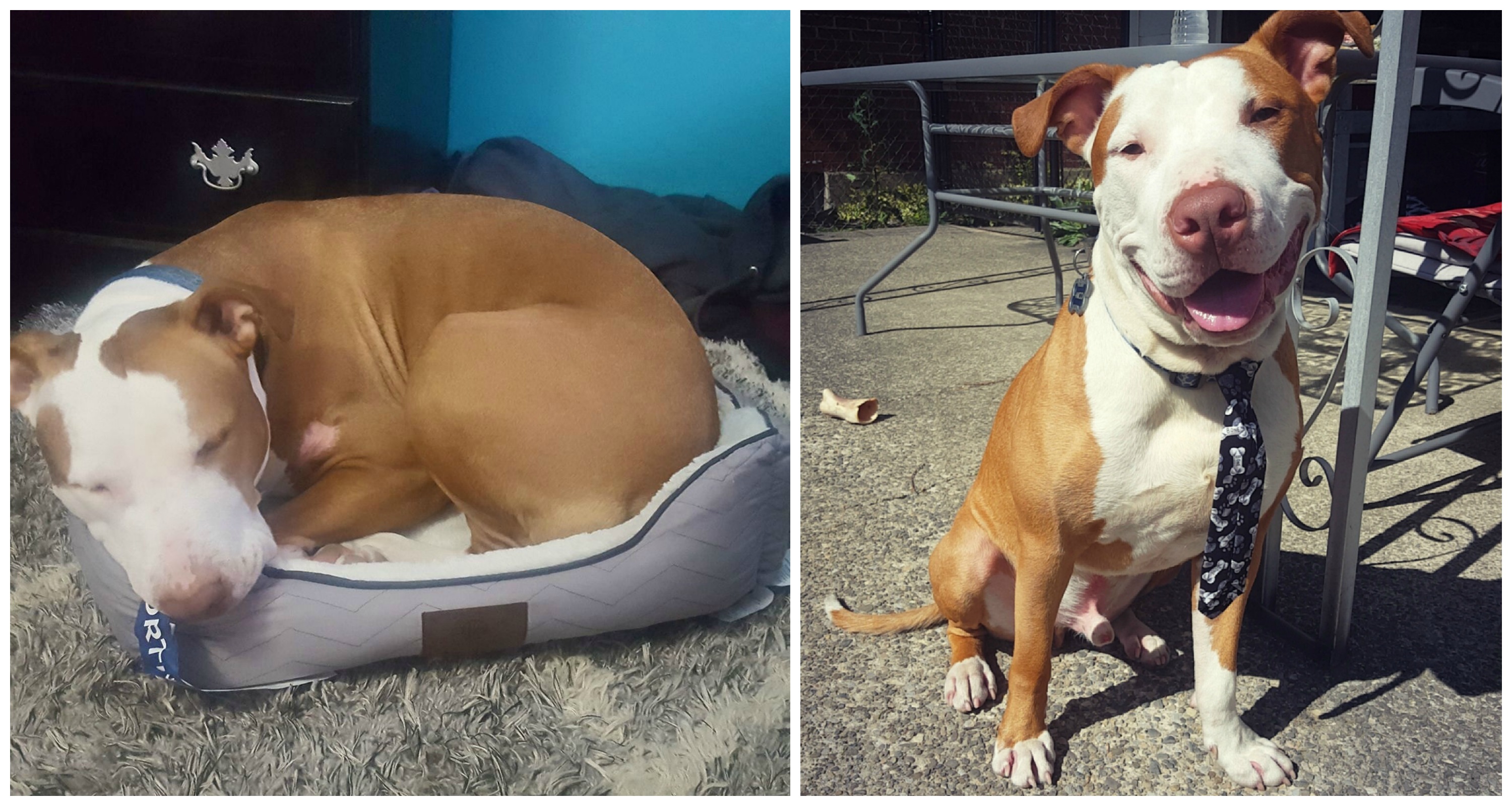 On March 19th this year, they celebrated his adoptaversary! Now they go on walks together every day, he LOVES to play with other dogs, and he’s the world’s best snuggler. Nico’s mom now volunteers with the rescue that saved Nico to help save more deserving lives like his!

Getting in some belly rubs in between zoomies!!

Just nibbling on dis cucumber I stole off the table 🥒

Dis is a good spot for observing 👀