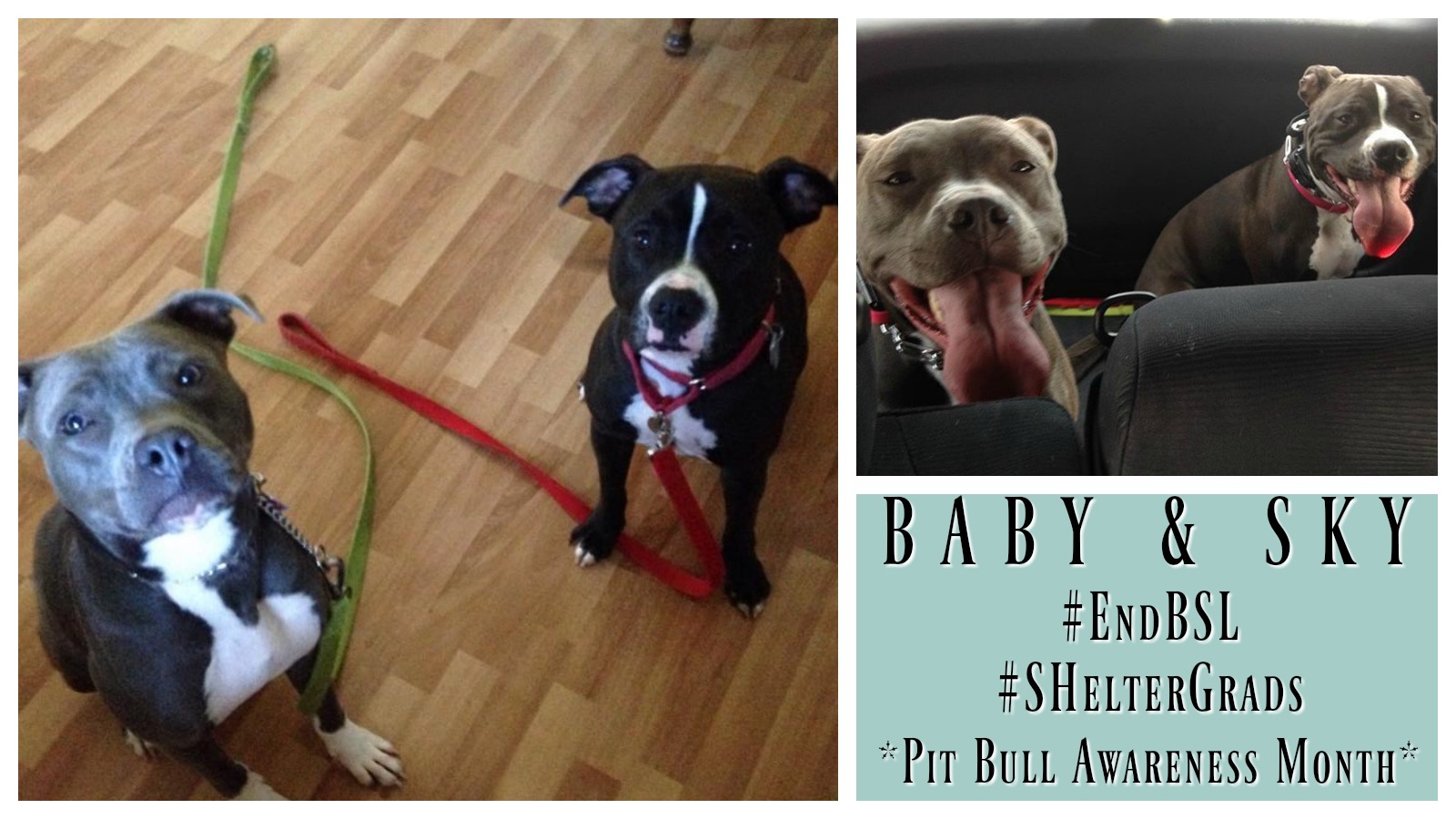 Shannon and her family adopted Baby from Mercy’s Door Pet Rescue. She was dropped off to the rescue at an adoption event, which left poor Baby an orphan at just a few months old. Baby was quickly put into a foster home and given the name “Zoey”. When Baby’s family first contacted Mercy’s Door, they were looking into adopting a deaf, white pit bull. Things unfortunately didn’t work out as planned with the white pibble, and “Zoey” was suggested as a great addition to their home. They made arrangements to meet “Zoey” through her foster mom and immediately fell in love with her friendly personality. As luck would have it, they were fortunate enough to be able to take her home that same day. Zoey’s name quickly switched to “Baby” since their cat of 12 years had already claimed that name.

Baby now had two fur siblings – Zoey, a cat, and a yellow labrador named Isaiah.  Baby was a nervous little girl when she was first adopted. She was having accidents on the floor, planning her escapes from her kennel, and chewing through anything she could get her paws on. It wasn’t until Shannon and her family adopted Sky a couple of months later that Baby truly started to calm down.

Shannon and her family instantly fell in love with Sky (a pit bull) through her pictures on the local shelter’s Facebook page. Shannon’s mom called the shelter to ask about her and made arrangements for Sky to meet their now, two dogs, Baby and Isaiah. When Shannon’s mom first saw Sky, she immediately realized how badly she needed a home. Sky struggled to walk and was stained with her own waste. The shelter staff easily convinced Shannon and her family of Sky’s immediate need for a loving family, and they were more than willing to help.

Sky settled into her forever home quickly. Baby’s nerves were calmed by having another young dog for her to be with. At first, Sky struggled to keep up with Baby’s high energy, but within a couple of months, she had regained full movement and her fur was nearly back to its original color.

Baby, Sky, Isaiah and Zoey have truly blessed their forever family, and each other, in so many ways. They are very thankful for the opportunity to have added two new rescued, furry family members to their household.

The first three photos on my instragram this morning were of all my friends dogs sleeping so sky and baby felt they needed their photo taken too ???????? #sky #baby #snoozing #couchcuddles #dog #rescues #adorabull #pit #pitbull #pitmix