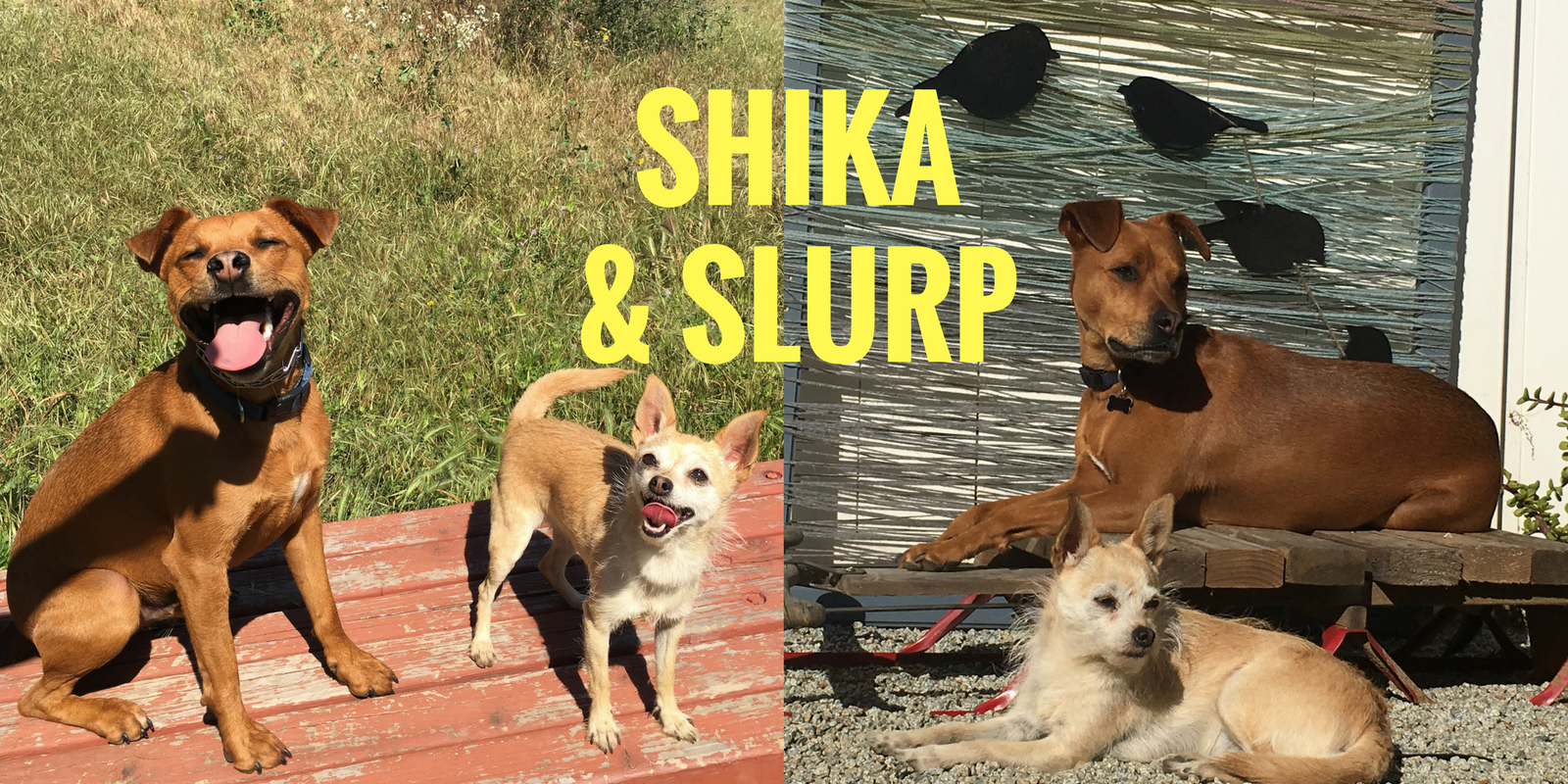 The Beast’s Story- (AKA Shika)

Shika’s adoption was somewhat of a split second decision. We knew we both wanted a dog but weren’t sure what size, sex, breed mix, or age, the ONE thing we knew for sure was we wanted to adopt! So we started our search online via Pet Finder. This led us to an adoption expo outside of a nearby PetSmart. So we headed down. 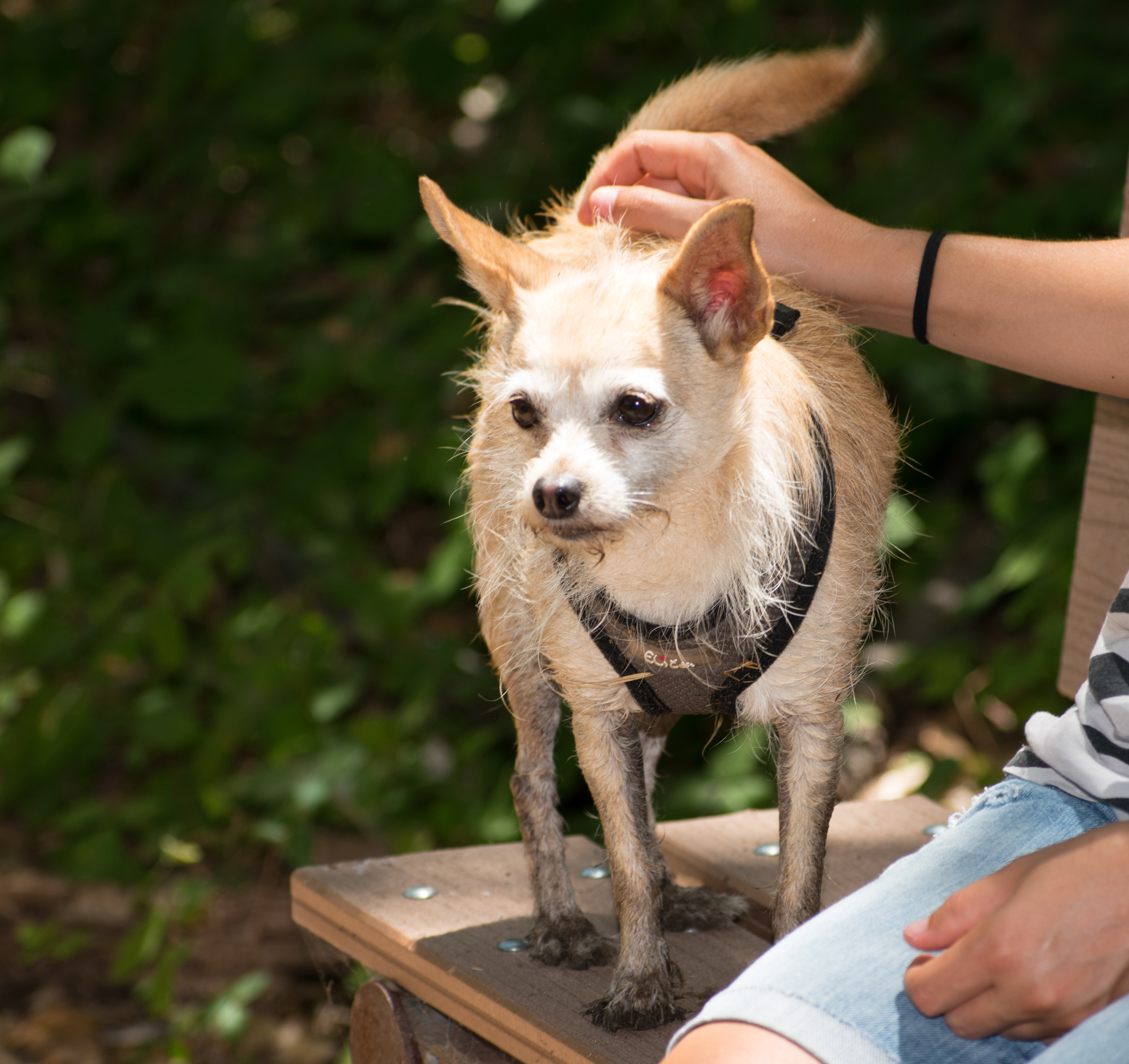 There were many dogs of all sizes and breeds. Soon my husband had singled out a 4 month old, female, tiny chihuahua mix, that seemed to be having a fun time alone in her cage with a single red dog stuffed toy. I’ll admit, I was not taken at first. I wasn’t keen on small breeds, kinda leaned toward males, and I knew how much work a puppy could be. Again, my husband pointed out that she was the only dog not barking and acting crazy, that she seemed content alone, and no one had given her a second glance up to this point (probably because of her beast-like hair). 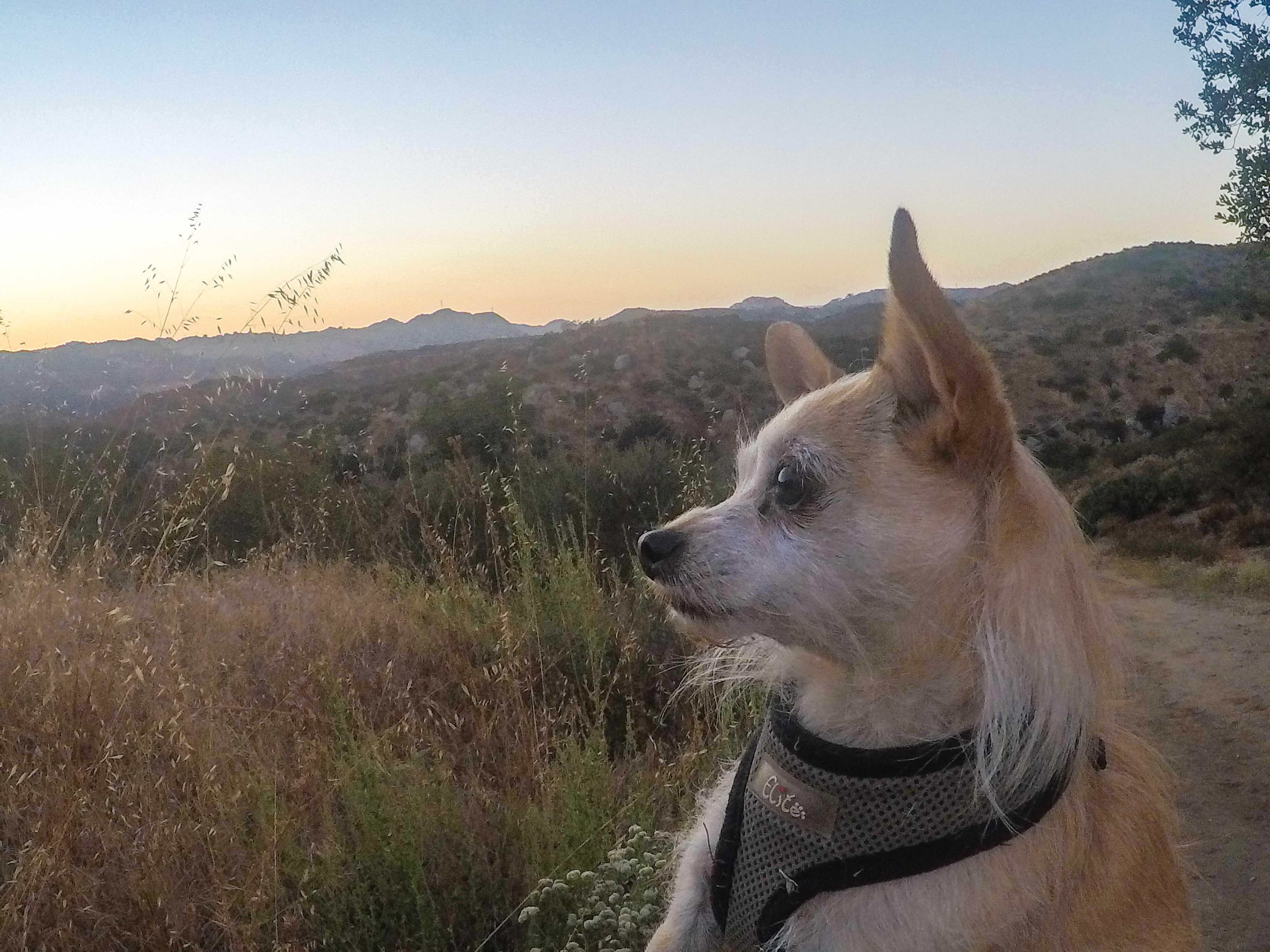 A member of the Noah’s B’ark North Pet Rescue Organization immediately came up to ask if we were interested in adopting, she said no one had given “Peaches” any attention until now and they couldn’t understand why. “Peaches” was apparently rescued about a month ago in the San Jose area after being found in an open field across a highway with broken ribs. Quickly putting her into our arms the woman gave said we could foster first and decide if we wanted to adopt. We took her home that day with her only belonging, the little red dog. 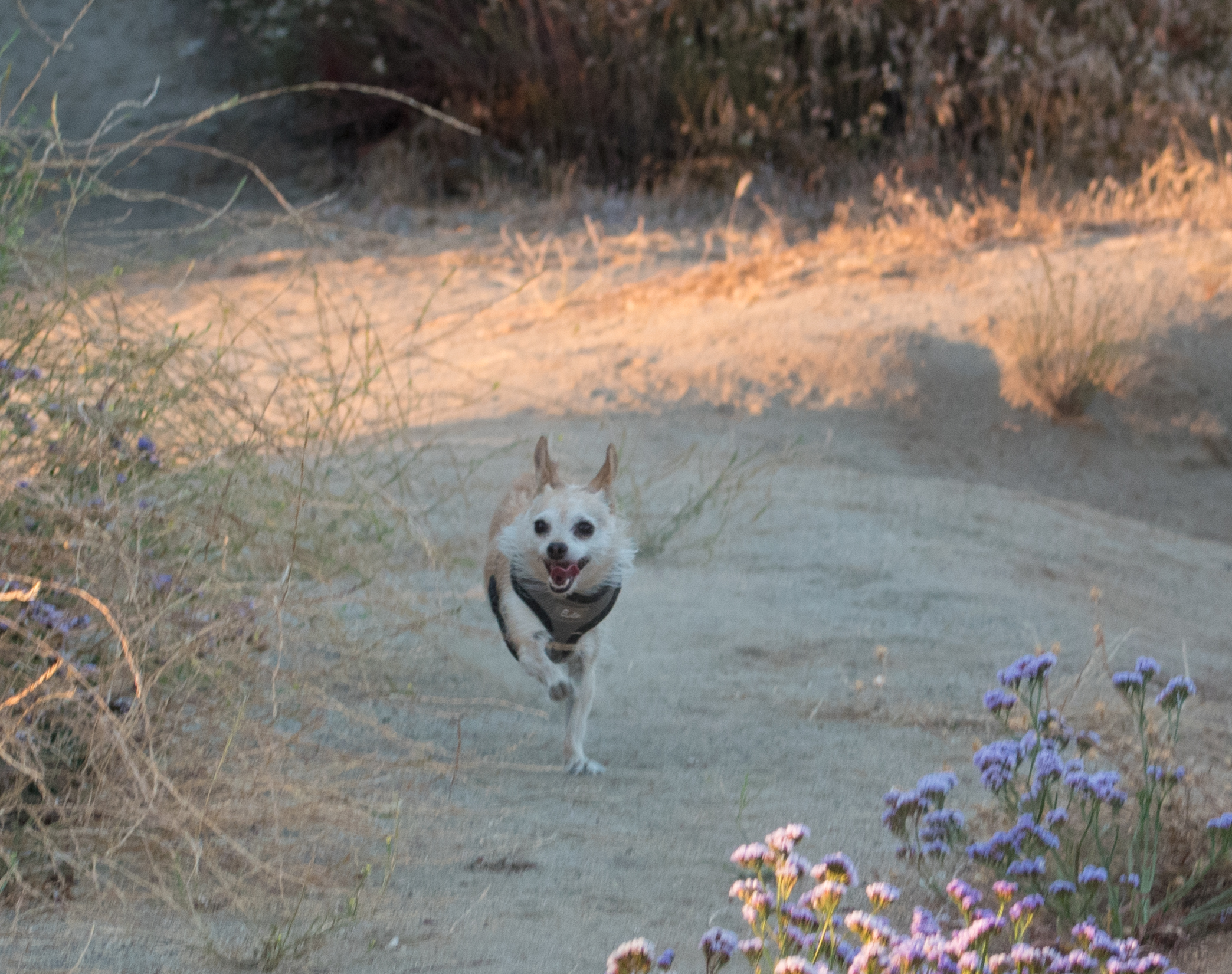 The rest just clicked. She rode in the car quietly in my lap, slept peacefully in her crate all night and was potty trained after one day! Needless to say we adopted her ASAP and have now loved her for 6 years! She has been the best first dog a couple could ask for! She’s a mountain goat on hikes, a cuddle bug at home, a heat-seeker like her mama and she loves kids and dogs of all sizes! Nicknamed “Shika-Beast” for her wild hair and no-nonsense attitude, she is really just a love-monster at heart!………. Her brother is another story…… 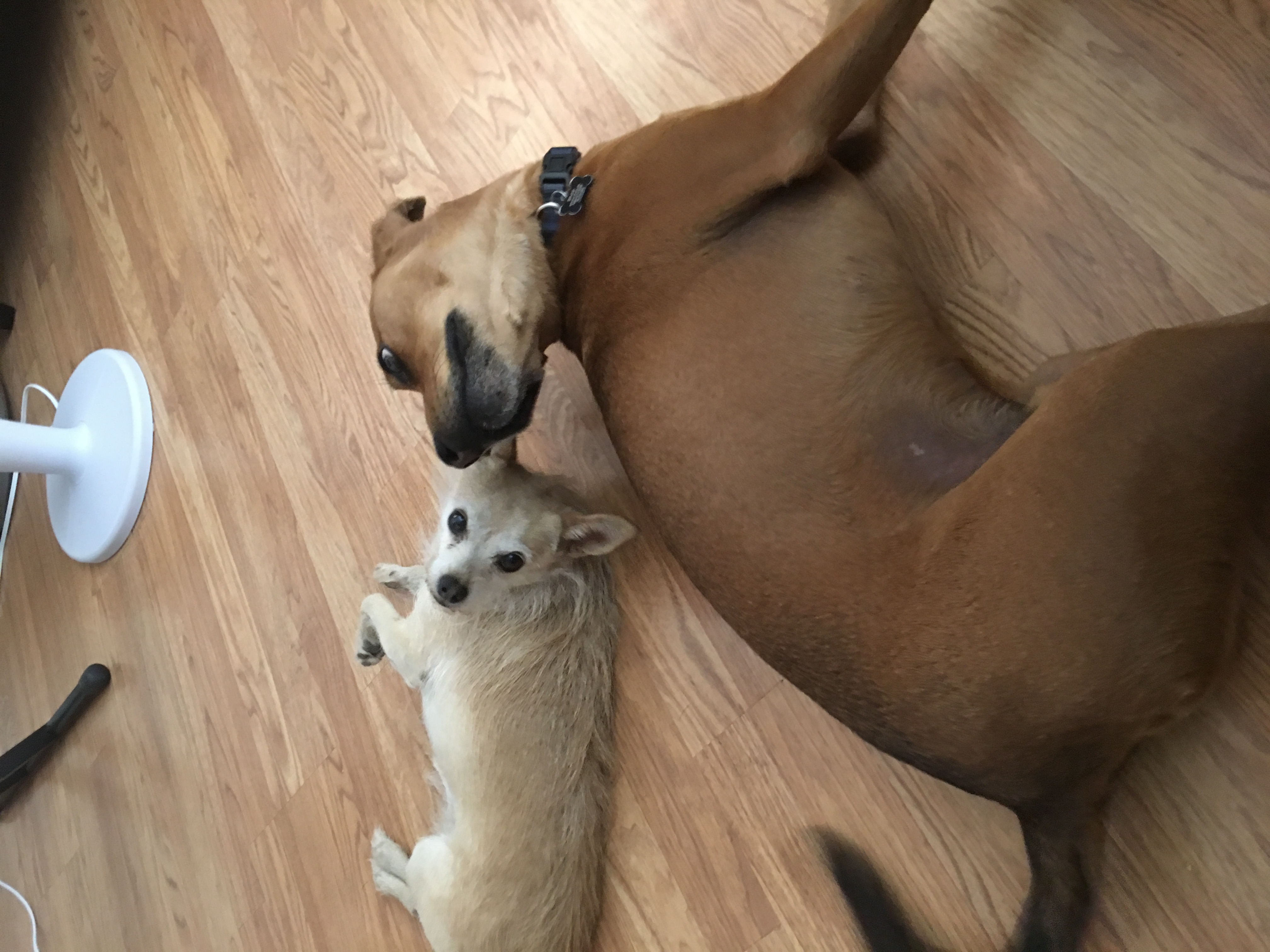 Slurp’s story had a few more bumps in the road. We again were itching for a new fur-baby, but this time we had more of an idea of what we were looking for. We wanted a dog slightly larger than Shika, with a little more energy but the same sweet disposition. Having previously lived in Wildomar, I decided to first look at their Animal Friends of the Valleys Shelter.

While going through the last few halls of dogs, I stopped to stare at a young sad-eyed dog with a beautiful face and no info on his kennel card. I was informed by staff that he had recently been dropped off by a Good Samaritan that found him running around Lake Elsinore. The collar they found on him was tight so no one new how long he had been lost, but if he was not claimed in one more day he would be available for adoption. After doing a meet and greet with him I called my husband to say I think I found THE ONE! We thought he was a perfect match, playful, but not obnoxious, sweet, gentle, just what we were looking for- but we were in for a surprise! 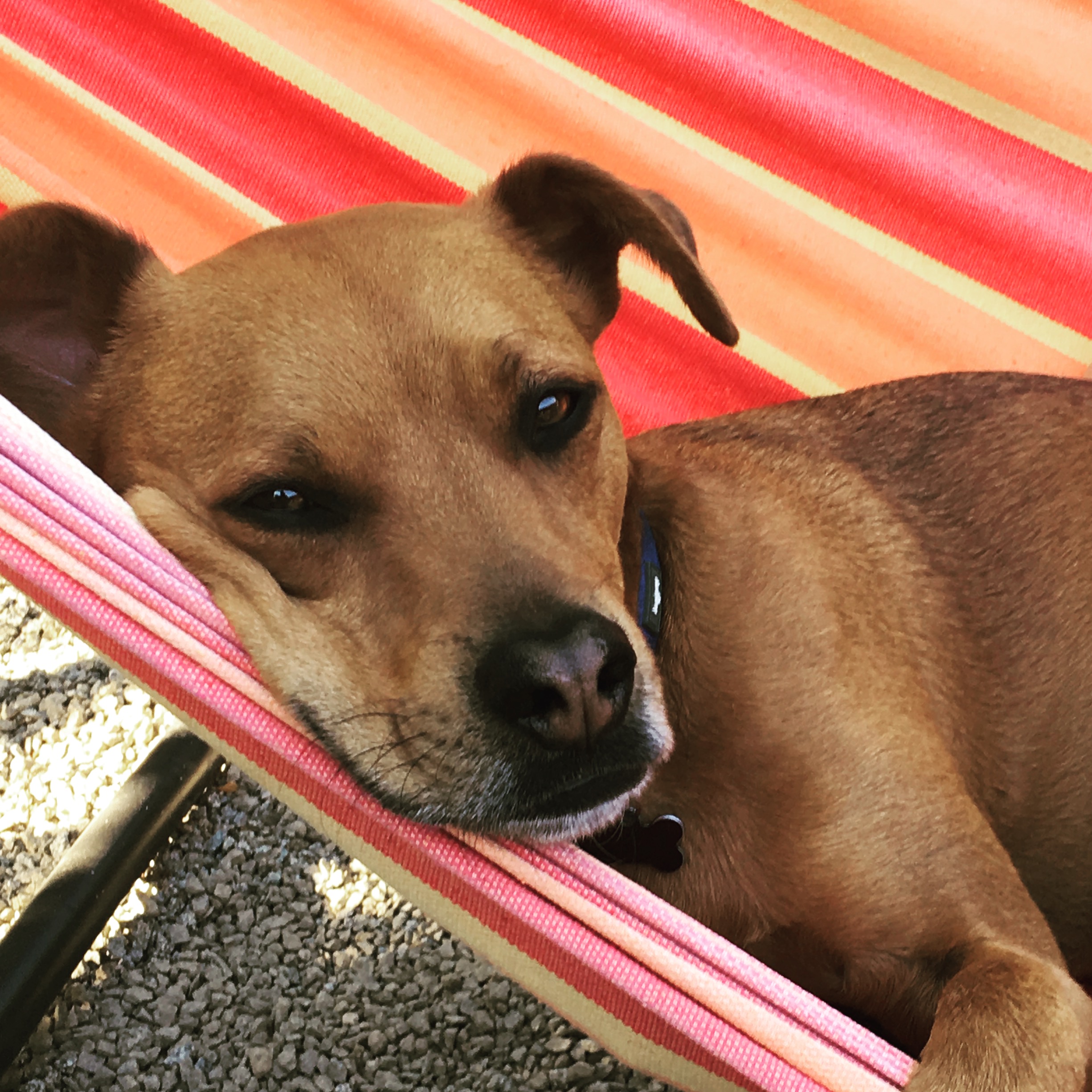 Apparently he had a mild upper respiratory infection that would require antibiotics that simultaneously killed the infection and brought life to the beast that lurked within him! He changed from a mild mannered pup to a beast of constant destruction who challenged us at every turn. A doggie version of Dr.Jekyll and Mr.Hyde, so much so that we referred to him as “MR” before deciding on the name Slurp. My husband called me, while I was out of town, less than a month after we adopted him to say that we may need to consider taking him back! Not only had he destroyed several things in the house, nipped and bit us anytime we tried to show affection, growled and barked when we gave him commands he didn’t agree with, but he began to man-handle Shika in his version of playing that involved dragging her around the house by her collar and pulling out her hair! Having had to unwillingly surrender my pets as a child I told him bringing him back to the shelter was not an option! 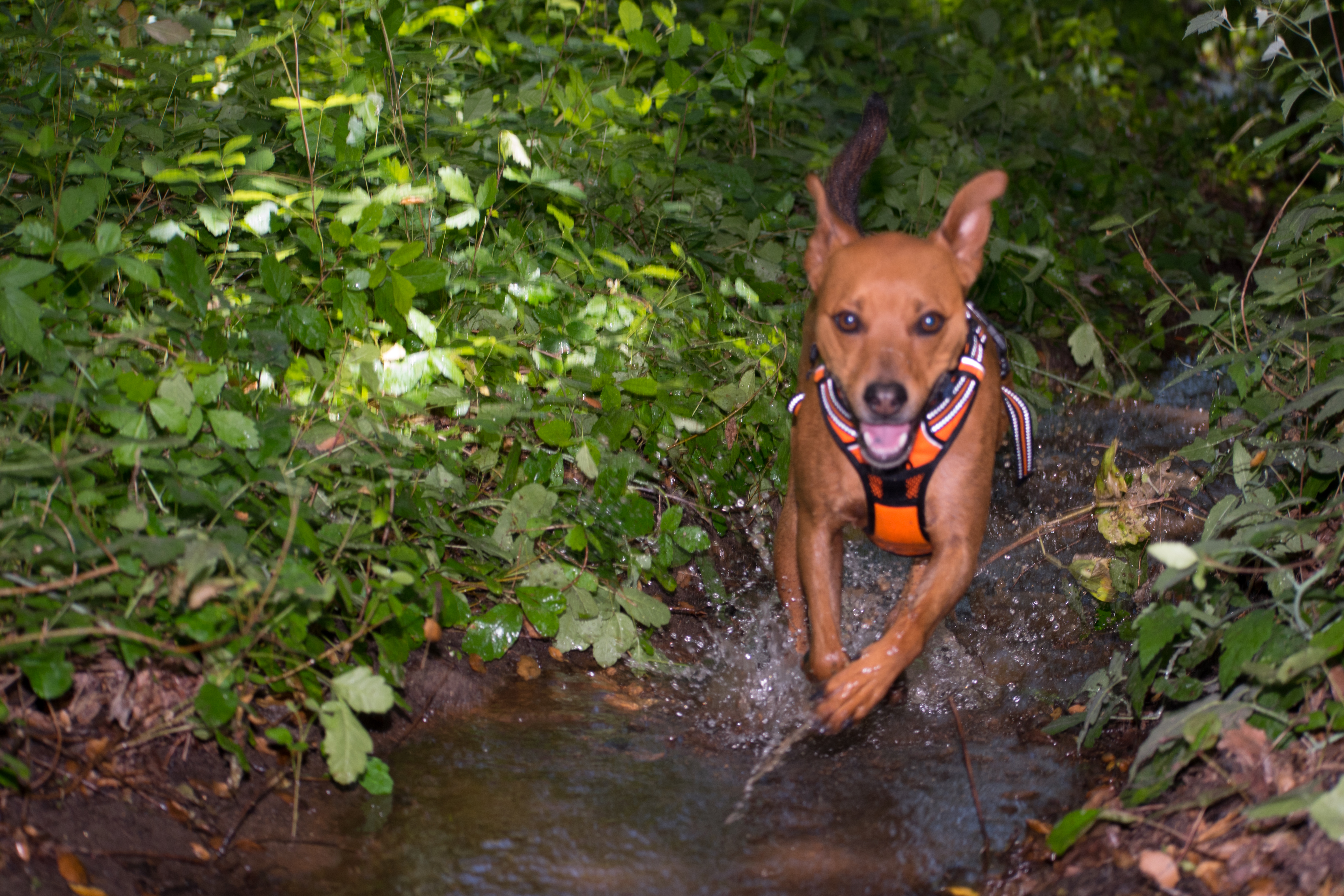 After several hundred dollars for a trainer who recommended no affection without obedience, choke collars, and lots of time-outs to whip him into shape, we realized that his needs were different. Having seen his reaction to random things around him like fear of a parked car with a door open, the sound of a strong wind in the trees, cars driving by, loud men and how he never wagged his tail, we realized that he was not acting out because of aggression but out of fear and uncertainty. In two years he has come a long way, he is still afraid of many things, but we are no longer one of them! He is still our trouble-child, requiring extensive exercise multiple times per day, being “the dominator” at the dog park, and occasionally destroying a shoe or two. Even with all of that we could never imagine not having him as part of our family- he was a challenge we needed. Still, when people stop us to tell us how gorgeous he is I say, “Beauty comes at a price!”. 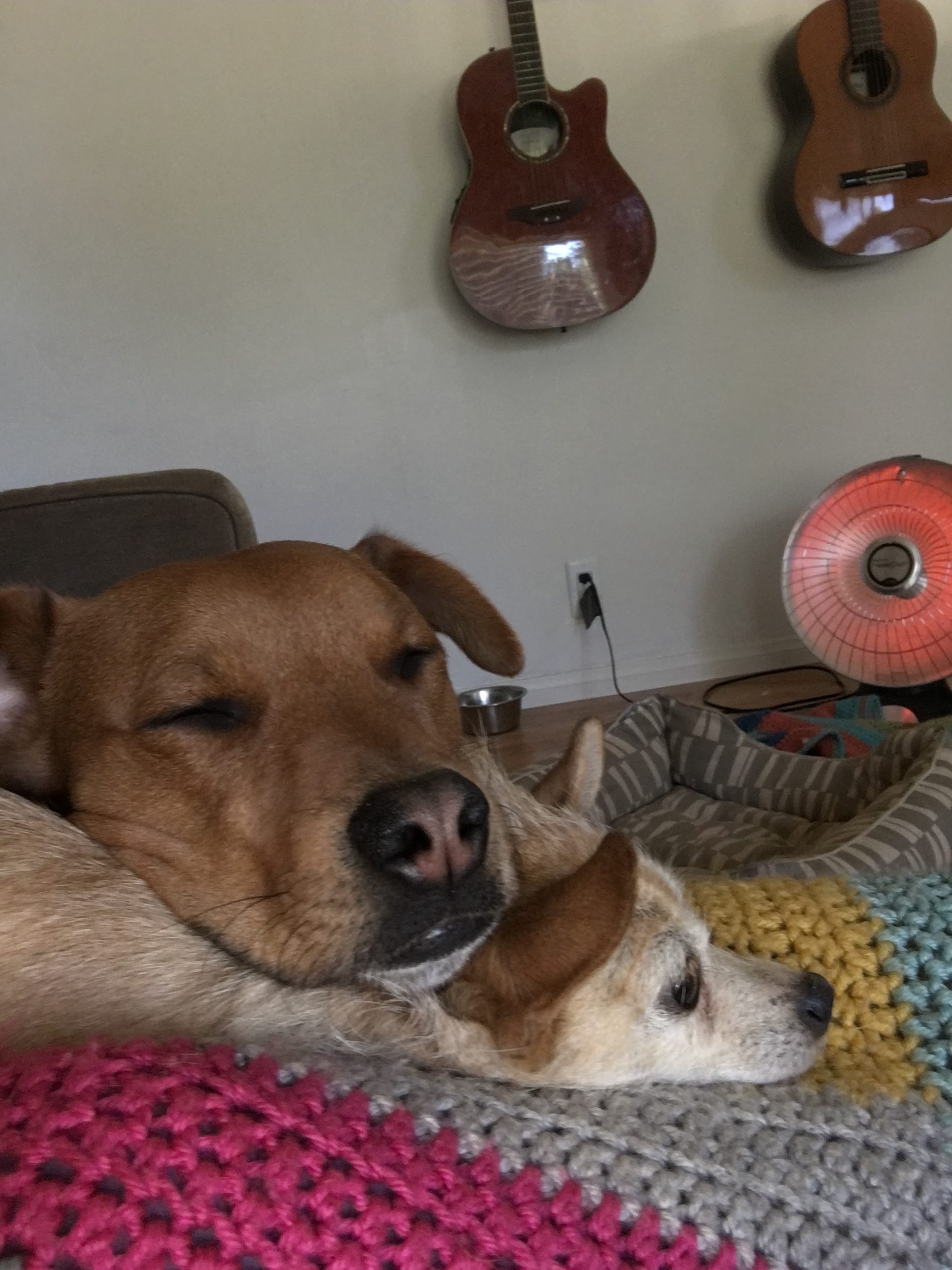 P.S. – Slurp and Shika have graduated to a big sister little brother relationship, where he annoys her and she ignores him but inside we think they love each other!

I can do it too! Whose is better? -Shika #sandiegodogs #photoshoot #mobetta

On our way to the river yesterday!! It’s the best! #riverdog #dogsofinstagram #sandiegodogs #fallbrook

A way back Wednesday to when I was the only beast in the house. #firstborn #onlychildsyndrome #beachbeast This is my entry for #k9adventure2017 Hosted by @lokiofmn @cali.canines @thesilverhoundco

Traded my bandages for booties! My mom made sure they matched my harness- Slurp #dogbooties #dogsofinstagram #sandiegodogs #colorcoordination #dogsthathike