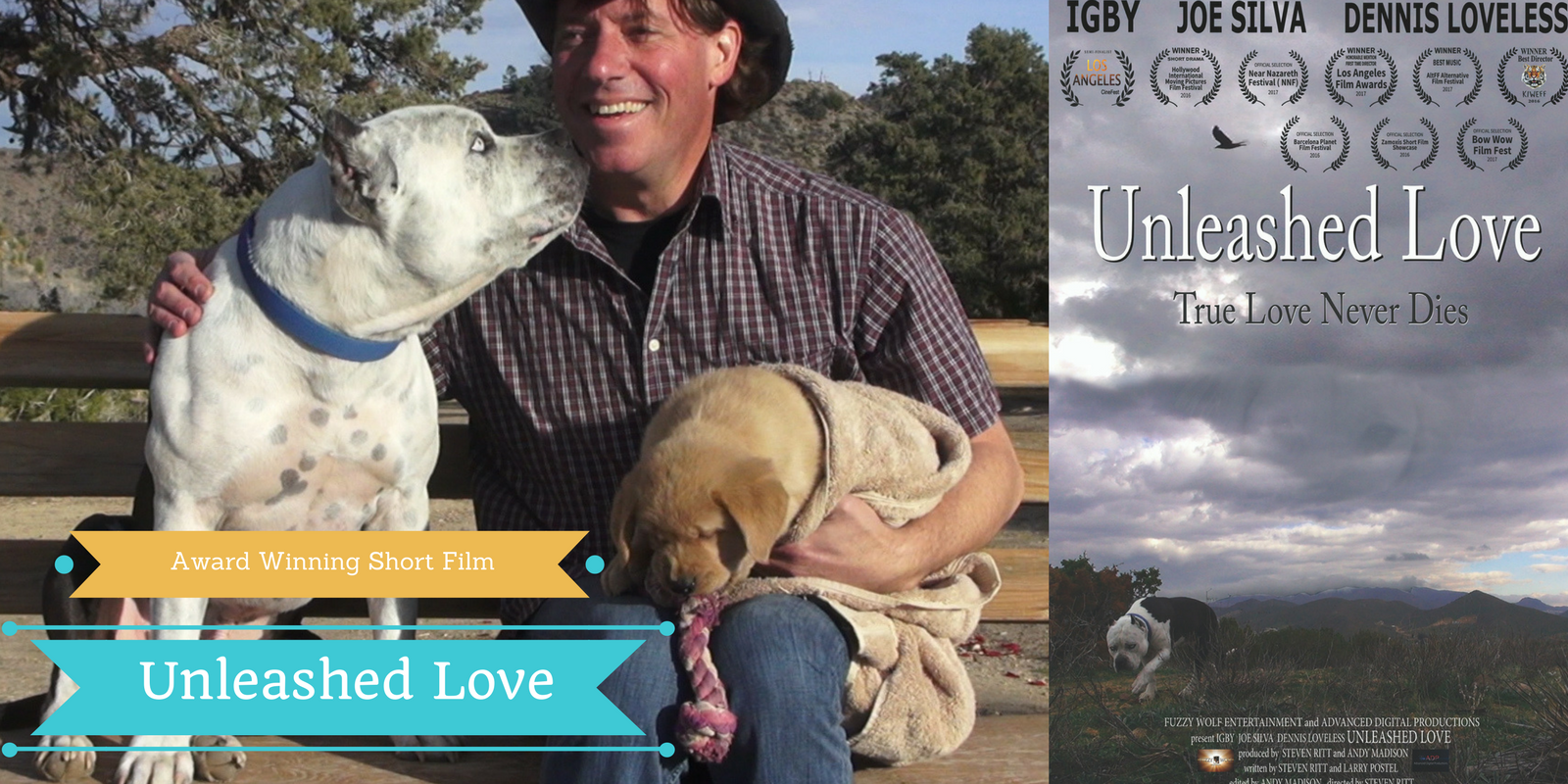 Steven Ritt graduated from the Greater Phoenix Dog Training Academy at the age of 17, with a formal education in dog behavior, obedience, and protection training. Since then, he has been training animals for film and television for over 30 years. His heartfelt short film, ‘Unleashed Love,’ (which you can view on The Animal Network) tells the tale of ‘…a lonely Pit Bull and a rescued puppy having a wonderful life together and finding everlasting love and devotion, even beyond the grave.’ It stars Steven’s adopted Pit Bull, Igby. 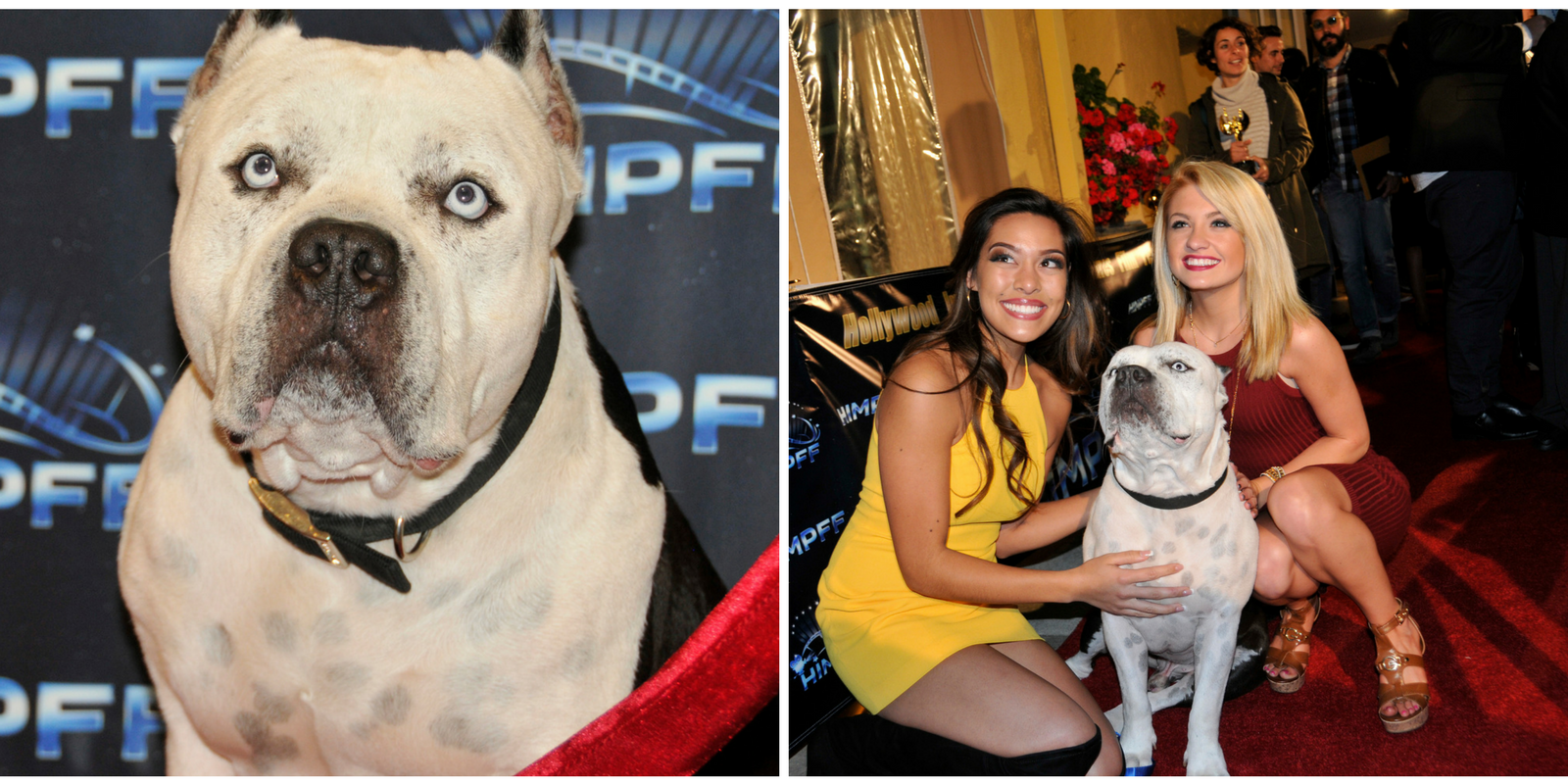 Steven adopted Igby from the Redlands Animal Shelter in San Bernardino, CA. A friend of his, who runs Treasured Tails Rescue, posted Igby on Facebook. Steven figured that after a week, Igby would be adopted, but then found that he was still still available and that there was little interest in him. Unfortunately, people are hesitant to adopt adult Pit Bulls from pounds. Steven’s dog, Lazarus (who has appeared in Veronica Mars, 2 Trace Adkins videos, and many productions) came from the Lancaster, CA Pound. 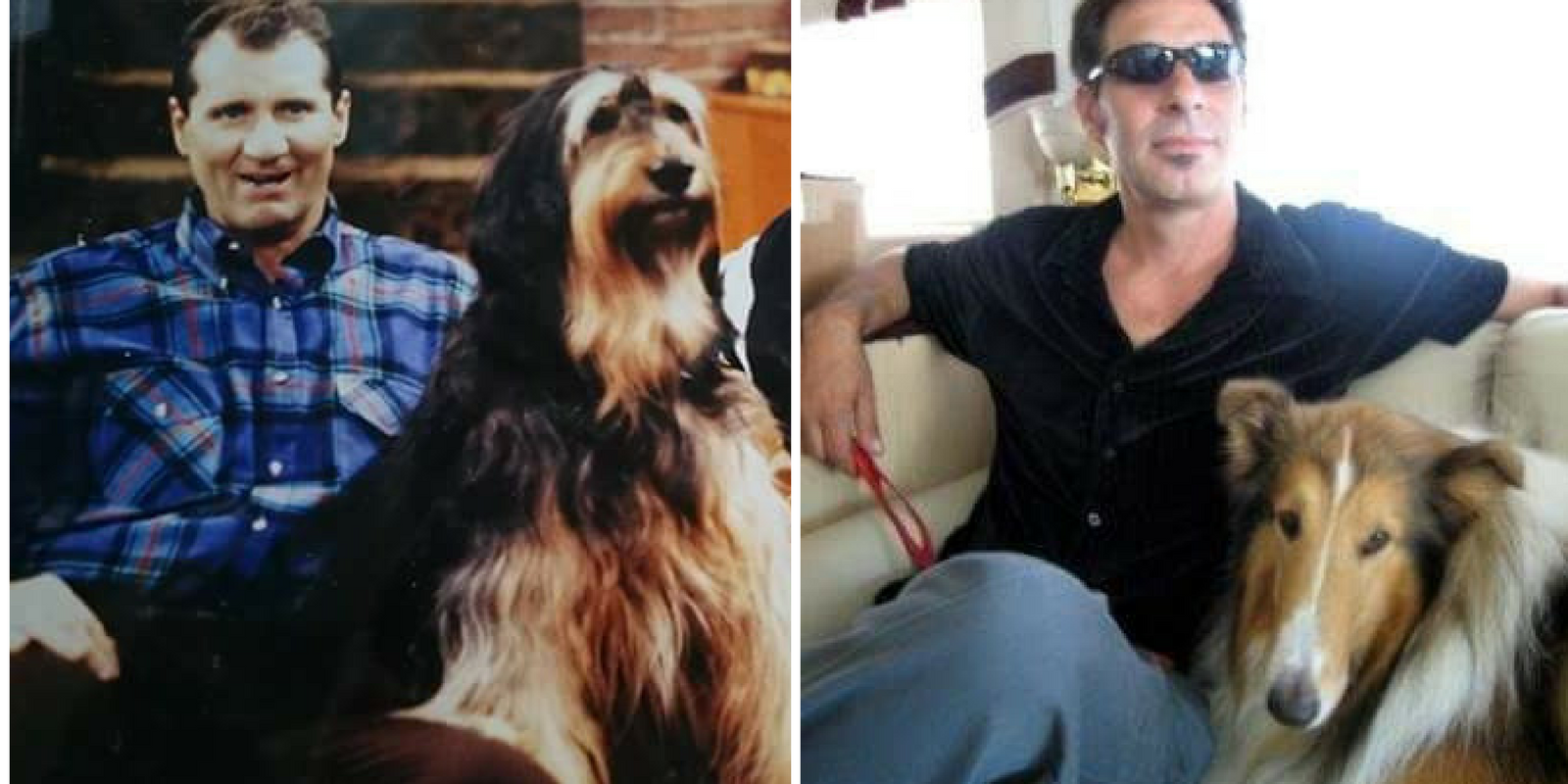 Steven has been going to the shelters since he was a child, and was always bothering his parents to visit the dogs and give them treats. Many of Steven’s dogs through the years have been pound dogs. He has also appeared at many charity events with his dog, Buck, from Married With Children. Steve has trained dogs, wrote the OSHA safety manual and has held safety meetings for DELTA Rescue, one of the largest, no-kill animal shelters in the world. They have 30 employees and their own vet clinic. Steven has also trained dogs and has used rescue dogs from Villalobos Rescue Center. 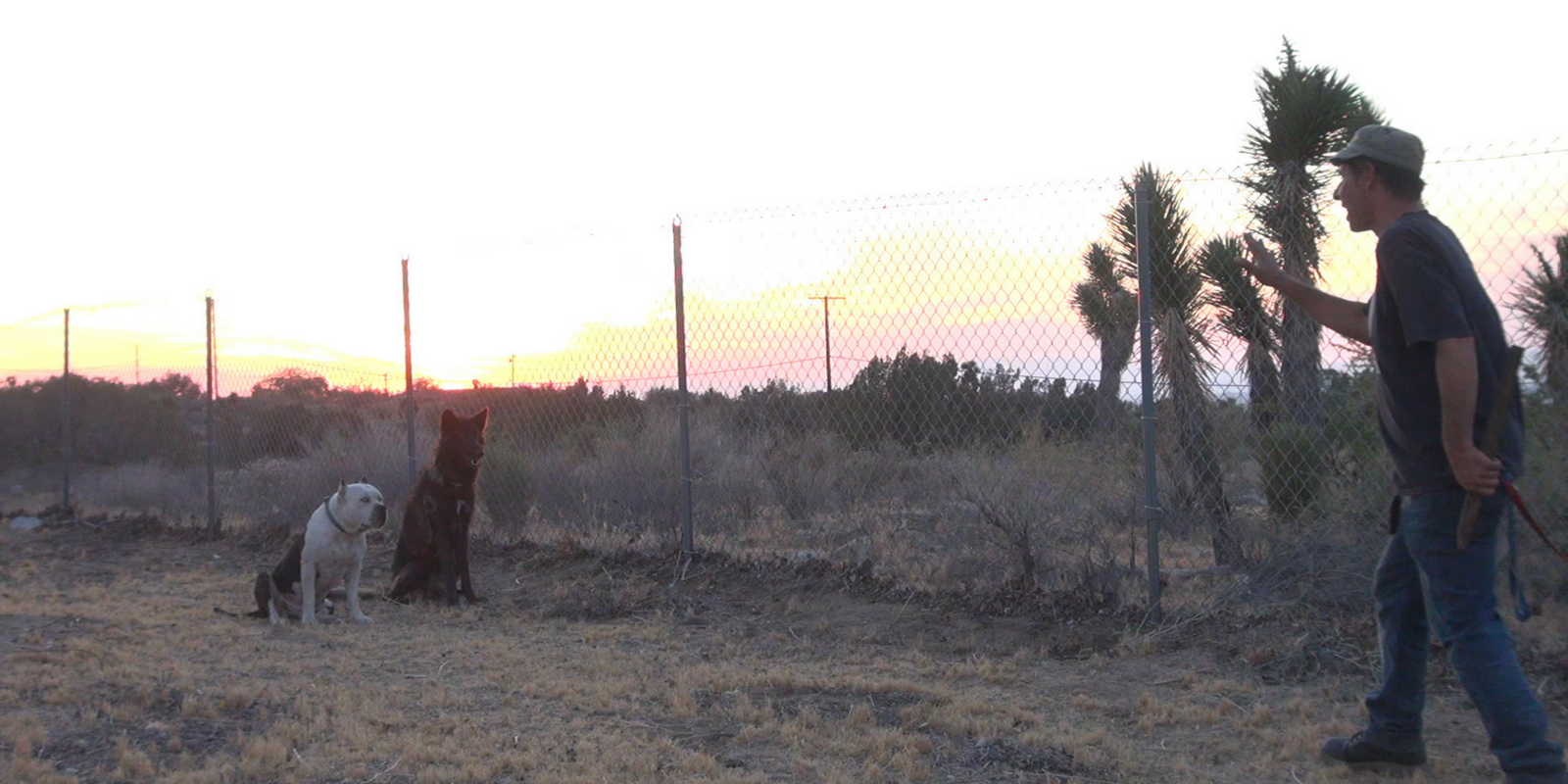 After being diagnosed with cancer, Steven didn’t want to get attached to any animals again. He came to terms with the fact that he might be dying, and worried about what would happen to his dogs once he left this earth. However, after seeing that there was no interest in Igby, he knew he had to open his home and heart once again. Igby has given Steven a new enthusiasm about training and has helped him stay positive, eat properly, take a stronger holistic approach and fight. Steven is determined to not leave Igby behind. 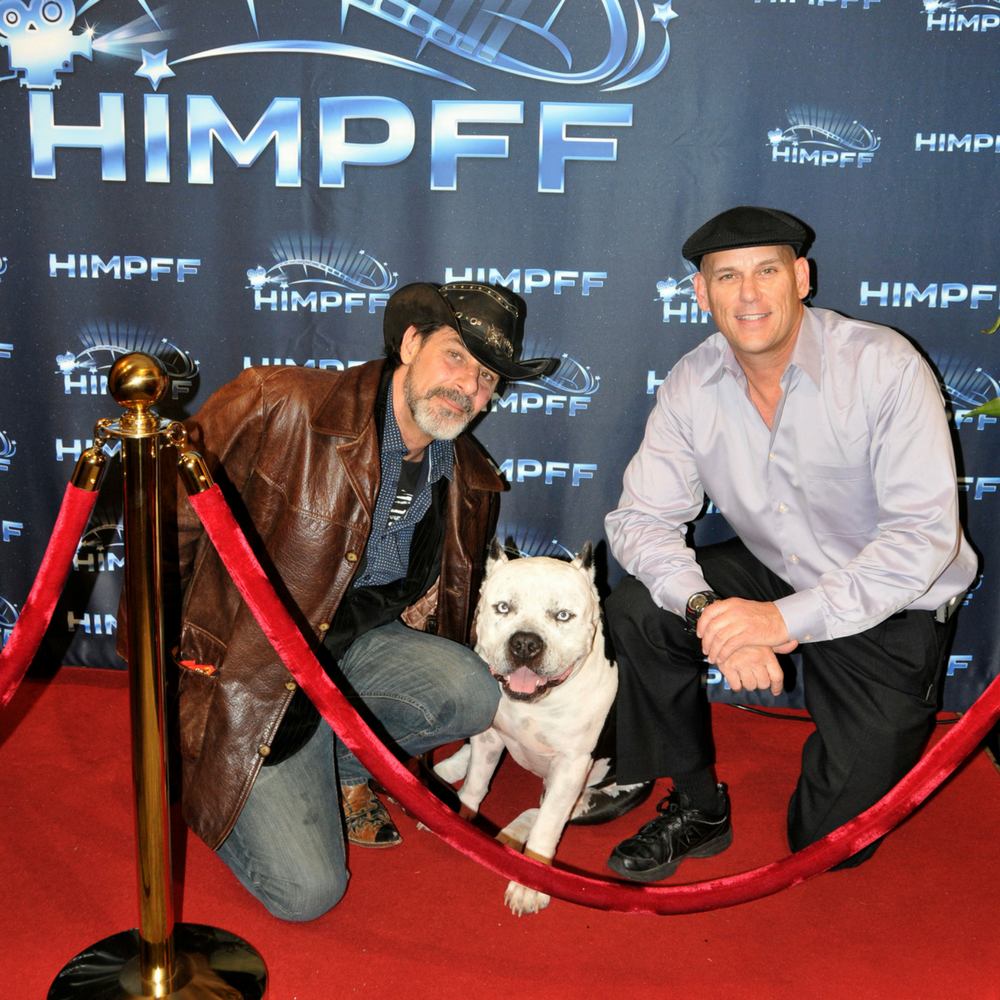 ‘Unleashed Love’ was inspired by several things. As a cancer survivor, Steven wanted to leave something meaningful behind for dogs. He wanted to put them in a brighter light and show the world that their emotions and feelings are relevant. He also wanted to incorporate rescue and adoption into the story. 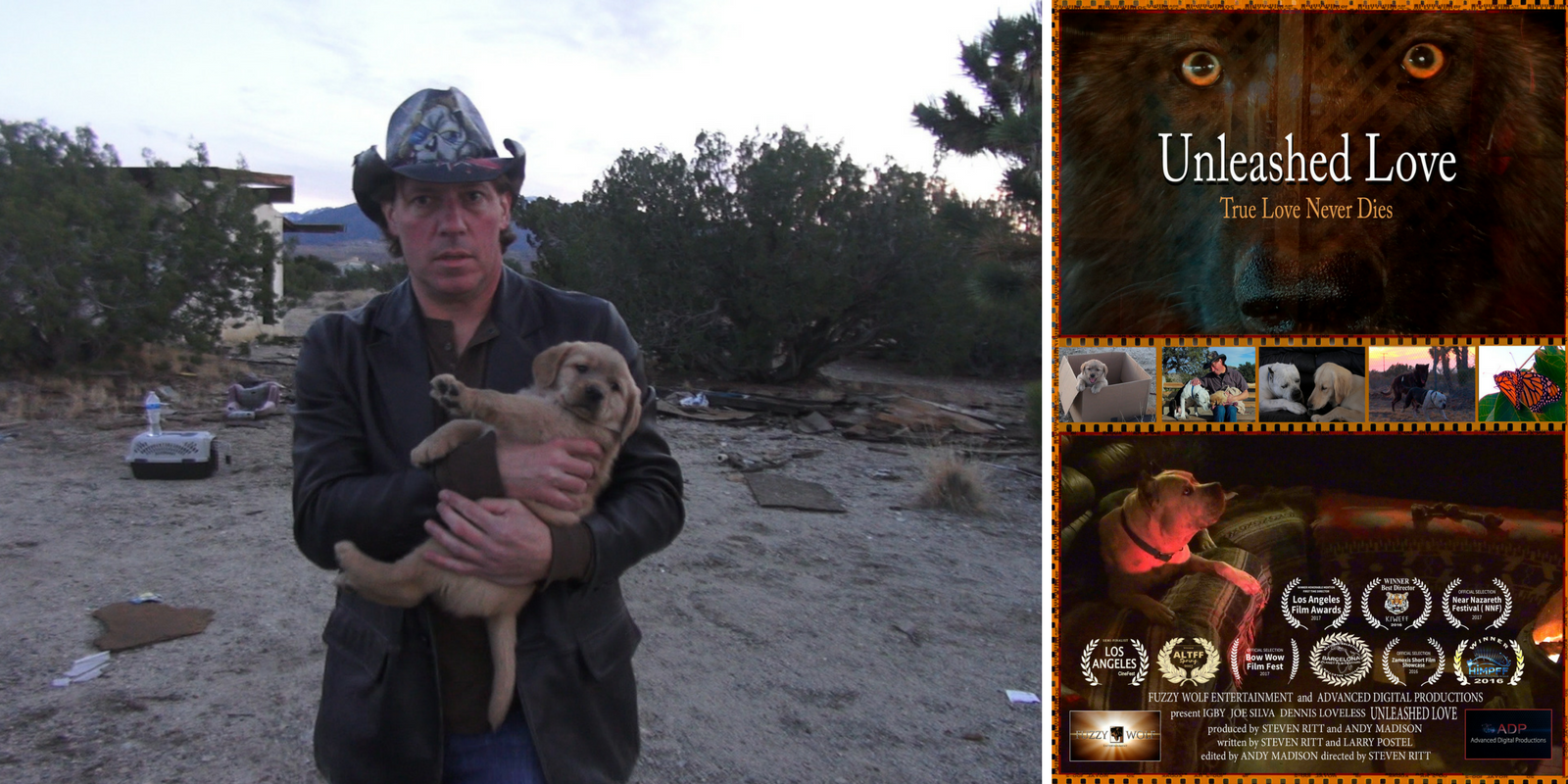 Steven knew that having very little dialogue and mostly animals in the film was going to be challenging, so the response to the film is more than he could have ever hoped for. Steven has won numerous awards, and getting validation for his work has been a huge bonus. He is especially proud of the two awards the film has won for directing, since there is very little dialogue and no stunts in the film. It is rare to hand out a directing award to an all animal film and without any of the afore mentioned included. 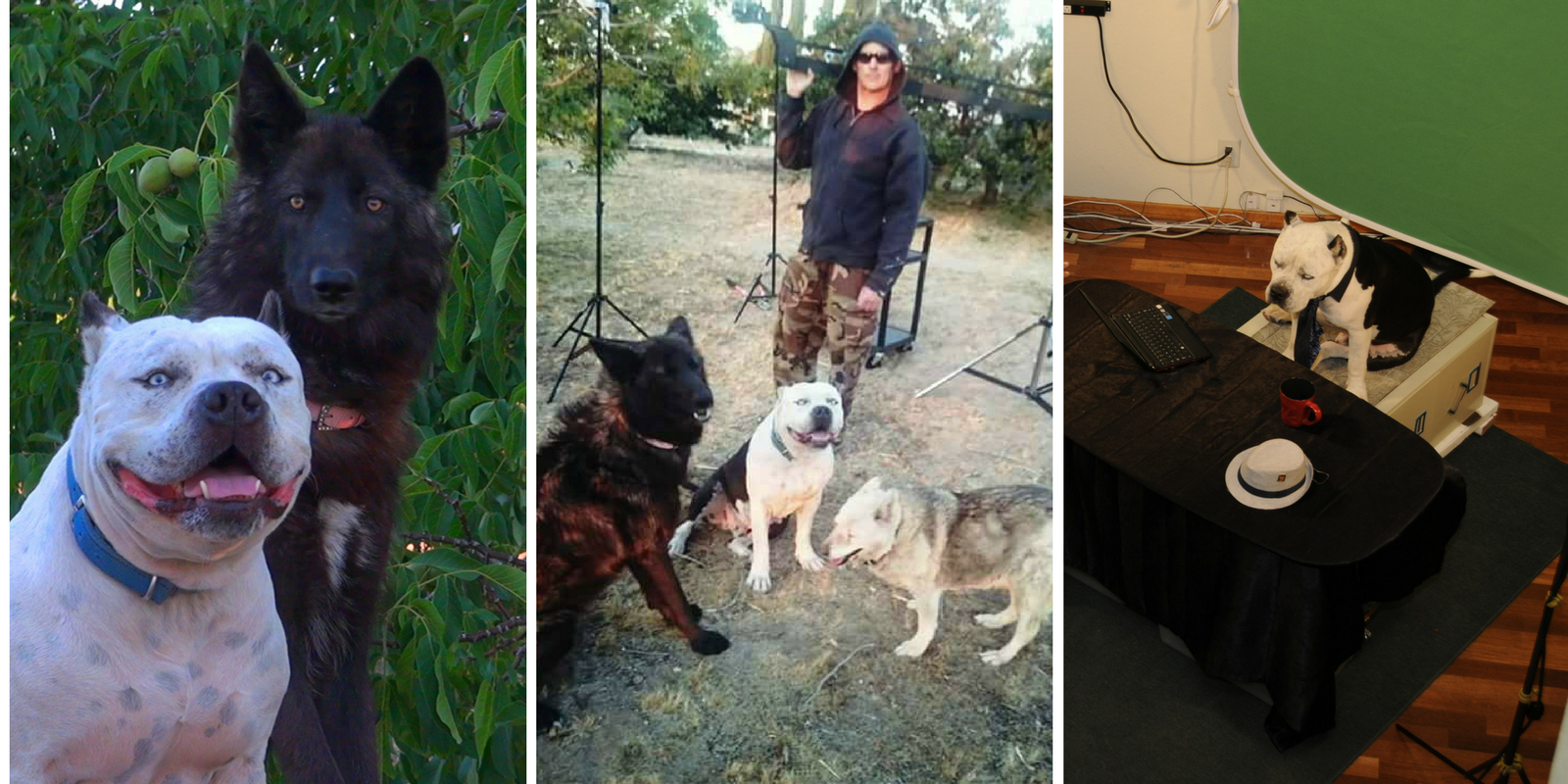 ‘Unleashed Love’ shows the beautiful and unbreakable bond between a Pit Bull and his rescued puppy friend. Steven wants people to know that Pit Bulls are like all dogs…each unique in their own way, even within the same litter. Igby’s natural kindness and love comes through in the film. 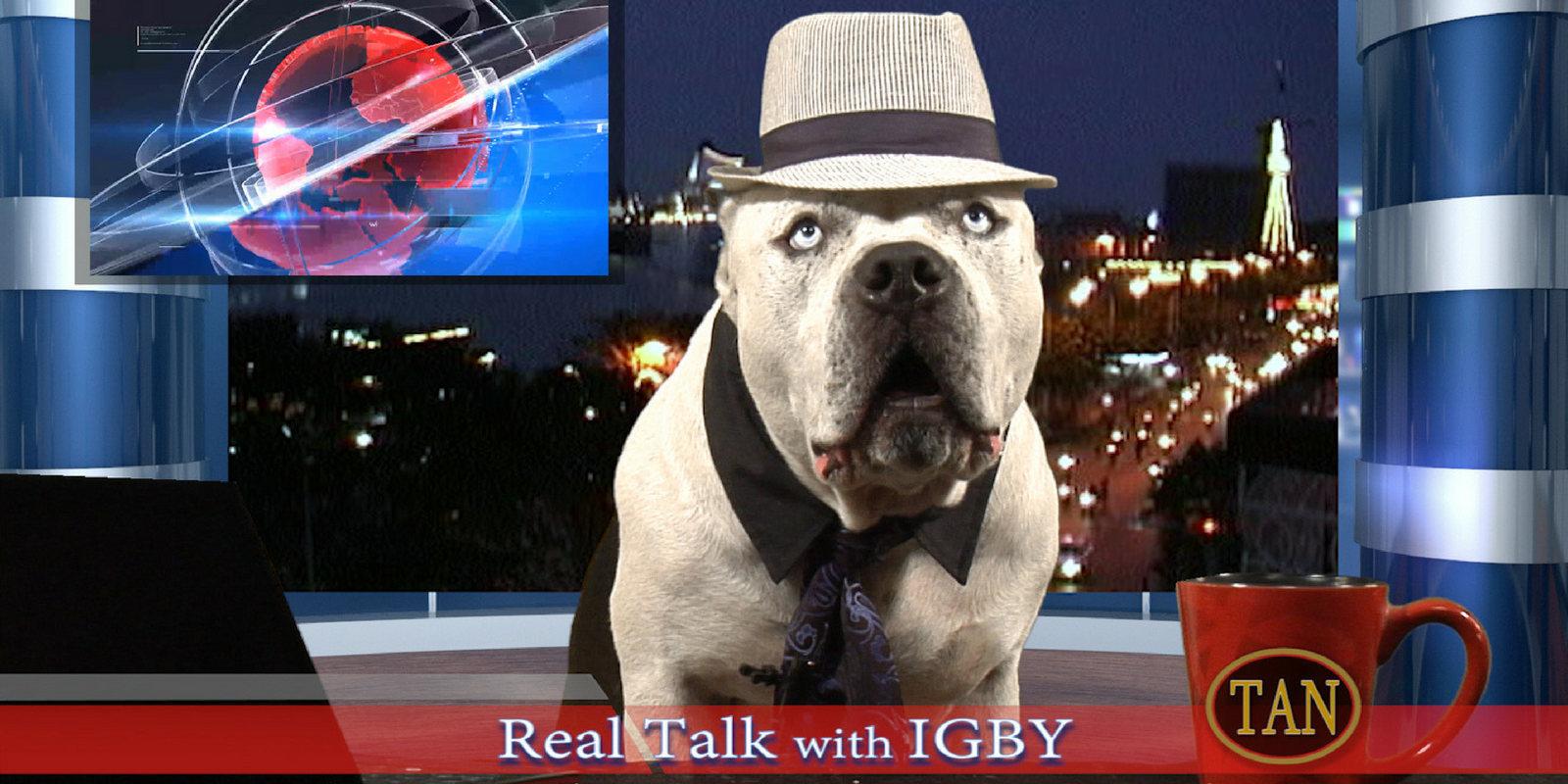 Steven and Igby also have a talk show…’Real Talk with Igby’!  Steven wanted to prove that he could teach a dog how to ‘talk’. It took several months of training Igby to do four or five sentences without a cut and Igby is even in sync with Steven’s hand signals! Steven hopes that people will get a laugh from it, and he also wants to touch on relevant subjects (including politics, without siding one way or another), unite and show commonality, as Igby has some positive closing statements that we all should listen too!

Watch Unleashed Love and Real Talk with Igby on AnimalNetwork.tv!