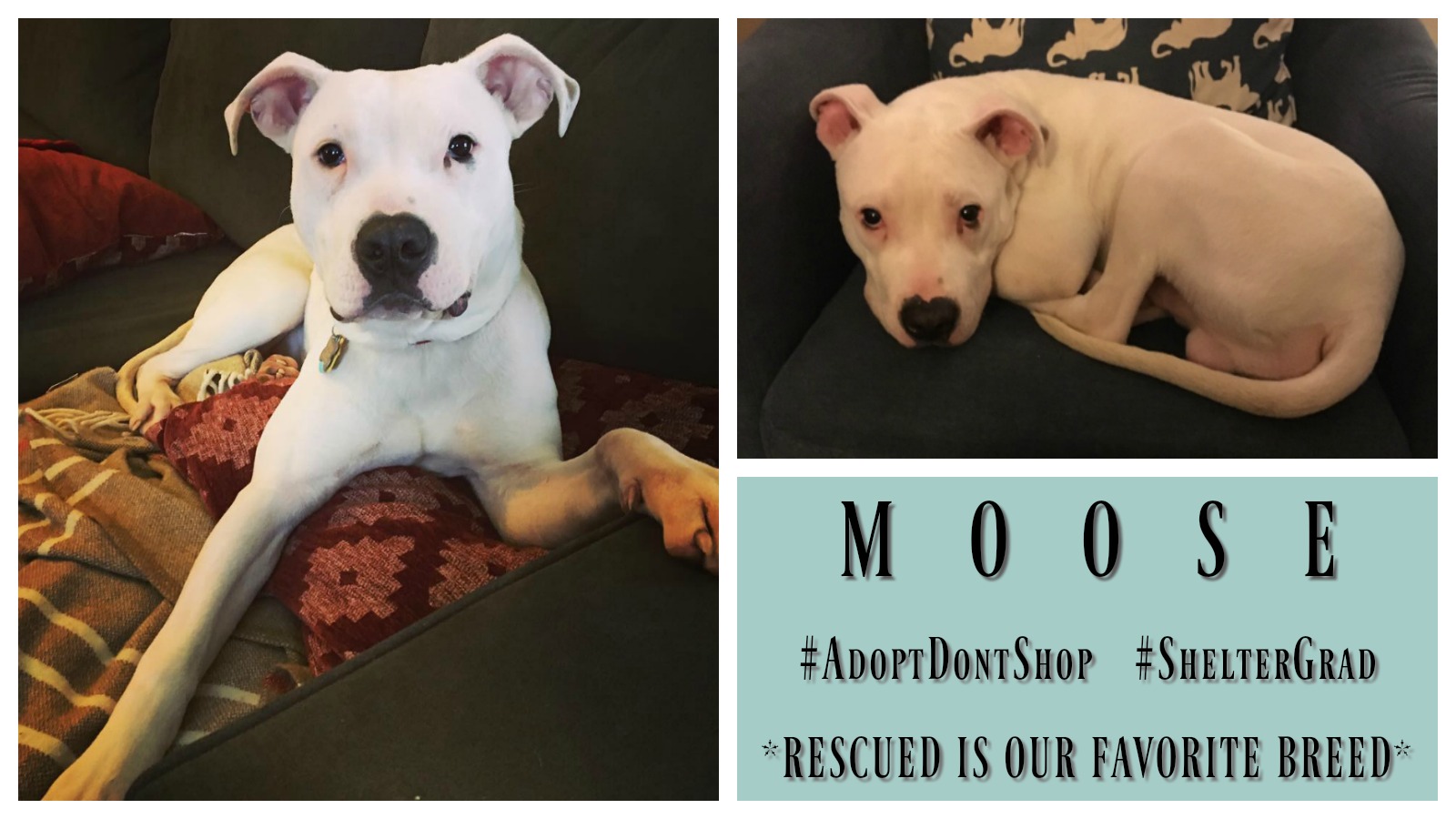 Last summer, shortly after getting married, Sandeep and Laura adopted their first dog from Lucky Dog Animal Rescue. Her name was Luna and she was a sweet, young black Labrador / Pit Bull mix was was rescued from Puerto Rico. Unfortunately, shortly after she found her forever home, she started limping, and Sandeep and Laura got the devastating news that she had an aggressive form of bone cancer that had already spread to the rest of her body. Her condition worsened and sadly, they had to say goodbye to her right before Christmas. She was the love of their lives and they miss her dearly. 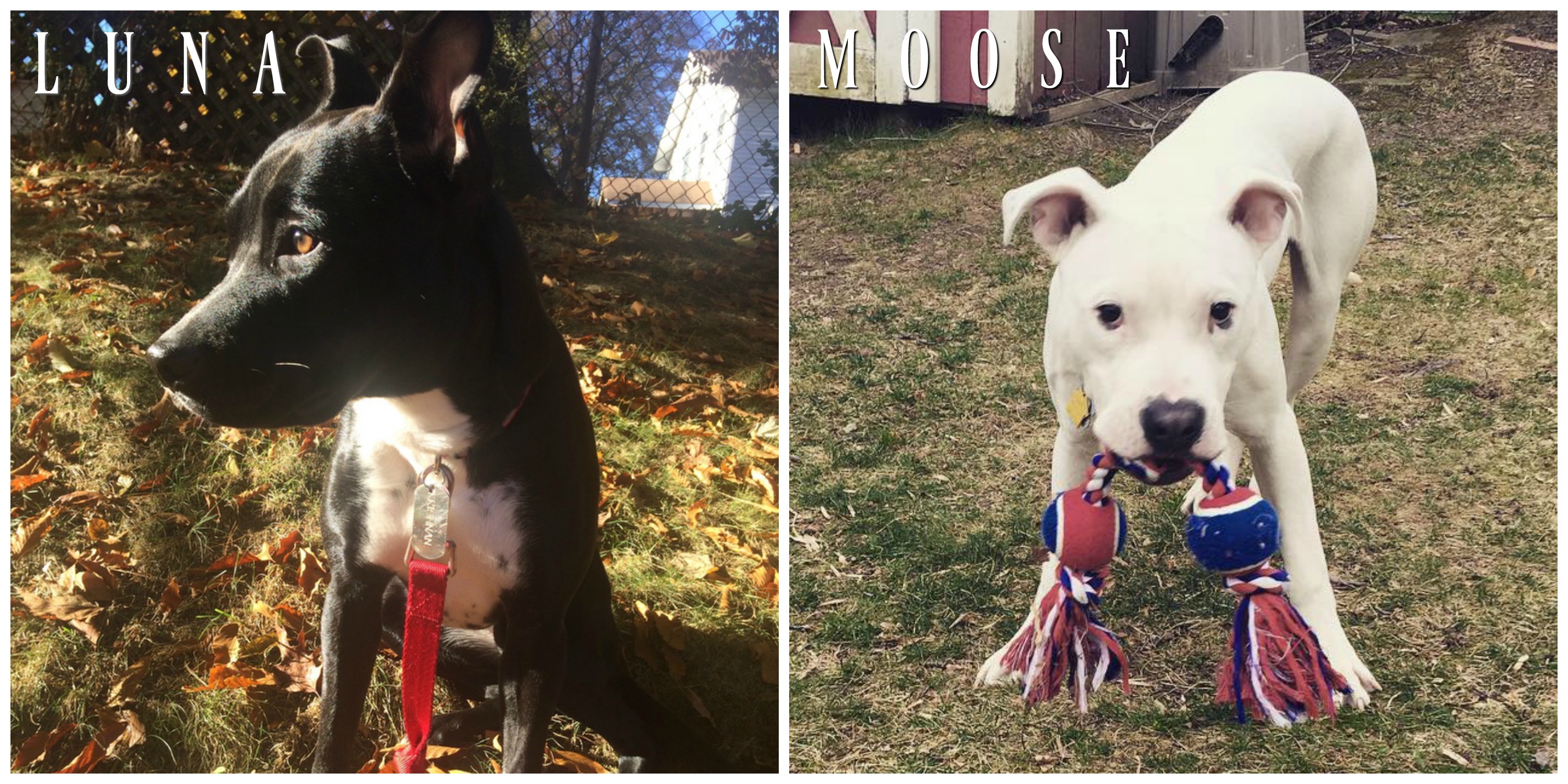 Sandeep and Laura weren’t sure how soon they would be ready for a new dog, but quickly realized how much they missed having a pup around. One day in January, they went to Prince George’s County Animal Shelter to get in some much needed doggy snuggles. They saw Moose (a Dogo Argentino) in his kennel and he just couldn’t stop wagging his tail! He seemed like such a sweet, mild mannered pup, but they couldn’t meet him yet, as he just been brought in as a stray.

Even after Sandeep and Laura left, they kept thinking of Moose. As soon as the shelter evaluated him and released his hold, they were back meet him! They were sold right away and brought him home as soon as they could. He’s a total goofball and snuggler who will lick the face of any stranger he meets. And even though he does love to steal shoes, he’s a good boy and a quickly learning his basic commands. He has a zest for life and so much affection to share!  They’re so happy he’s finally home! 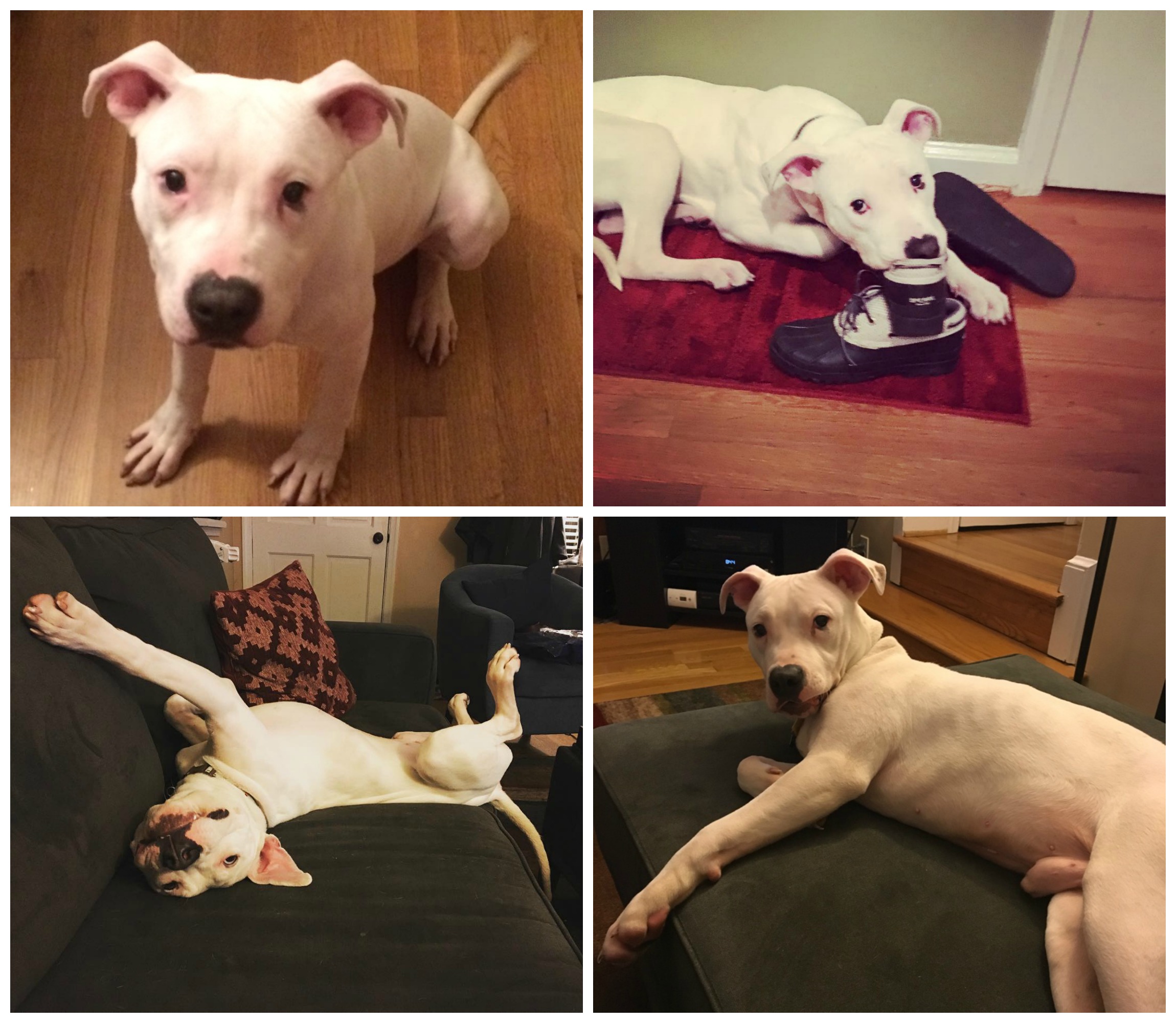