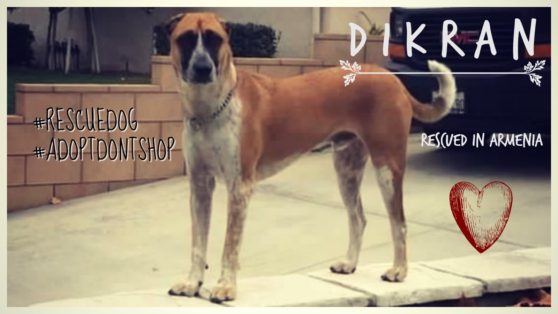 Laura lives in Los Angeles, and works closely with two rescues out of Armenia:  Dingo Team and Pawsitive Rescue Armenia.  It is common to see hundreds of injured and starving strays roaming the streets in Armenia.  As it is virtually impossible to get a dog with a disability adopted there, both rescues reach out to Laura once or twice a year to help out with severe medical cases or handicapped dogs. Laura then reaches out to local rescues in California to help with the dogs that are sent over.  So far, Laura has brought over a total of 5 dogs from Armenia.  All of them are or have been severely injured or are permanently disabled.  Three of the dogs Laura brought had to have one of their legs amputated.  One of the dogs is a “straight leg” German Shepherd and he is unable to walk.
Dikran (aka Deke) was her first rescue.   Dingo Team reached out to Laura about three years ago and asked if she could save Deke, the runt of a Gampr litter. Because his front legs were deformed, a vet wanted to put him to sleep, and the rescue in Armenia did not have the resources to help Deke.  Adoption is taking hold in Armenia now, but at the time, Deke would never have been adopted. At first, Dingo Team did not know what was wrong with him.  They thought it might be an orthopedic problem, but when he arrived in the US, he had x-rays taken, and Laura found out that his condition was due to malnutrition and lack of vitamins and nutrients.
Coastal German Sheperd Rescue agreed to help with Deke.  When he first arrived in Los Angeles, Laura was keeping him at her place temporarily until he got adopted.   Laura had to take Deke to a trainer because he was six months old and a bit out of control.  She didn’t have the skills or the time to properly train him. Well, the trainer fell in love with Deke and gave him his forever home!! Now, Deke goes to schools throughout the year entertaining the children and helping them to learn about responsible pet ownership!
Learn More About Dingo Team Here:  Dingo Team 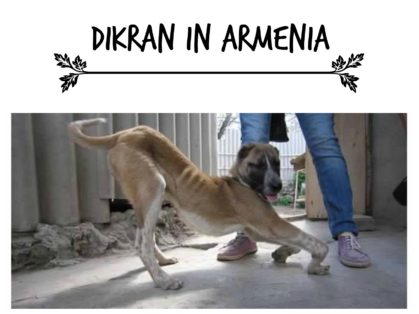 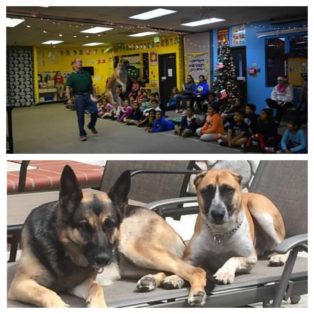 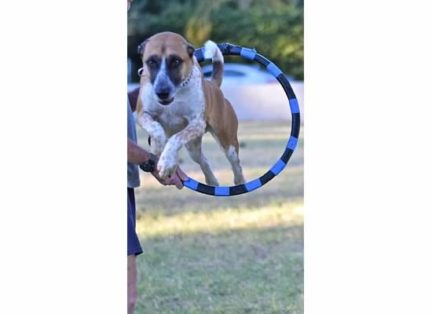